Yup … I missed Thursday.  That’s because … you guessed it … another week from hell.  You’d have thought, that with my plans spoiled of not going out of town, that I would have had all kinds of free time, but nooooo!

What does it take for a dragon to get a little free time?

Well, as it turns out, I took some time.  I’m taking a bit of a long weekend this weekend so that I can get caught up on a free life things like, grocery shopping, sleeping, you know, luxuries like that.  Besides, this weekend is Mother’s Day and we’re going to try and do something special for Mrs. Dragon.  If she’s feeling up to it.  We shall see.

But, for you guys, that means that maybe … MAYBE … I can get a fairly decent issue sent out and satisfy some of your laughter addiction that I’m sure, by now, has become a little overwhelming.  I can see some of you out there in the campground, scratching that itch, rubbing your arms, reading the comics on the inside of the bazooka Joe bubble gum wrapper, trying to get a laugh wherever you can.

But, have no fear, Impish Dragon is here.  And he will satisfy your laughter hunger, at least for a little while.

So, let’s get started and see where this wonderful ride takes us, shall we?

Okay, I’m a fan of darts, but not sure I would get this as a tattoo.  Why would you get a tattoo of such a low score and put the dart in the double twenty instead of the triple twenty?

Nope, not coughing … and for what it IS demonstrating, a mask would just get in the way. 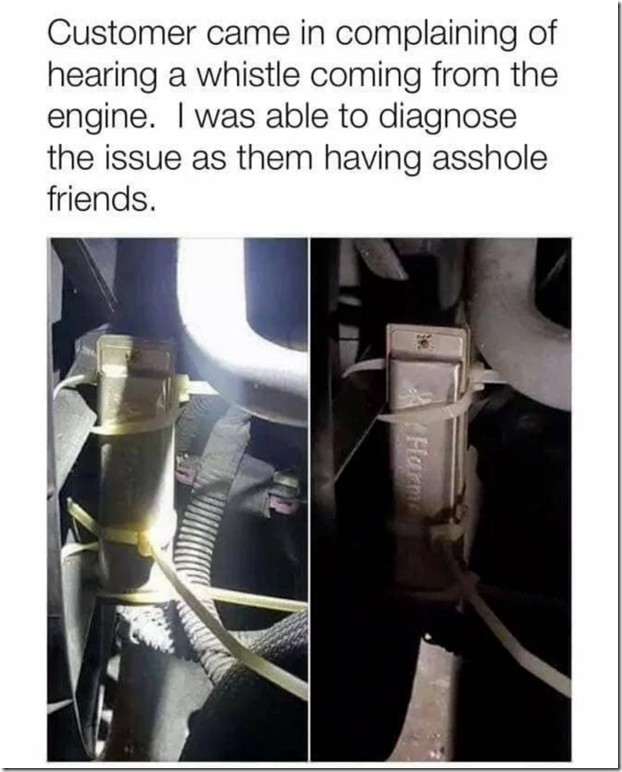 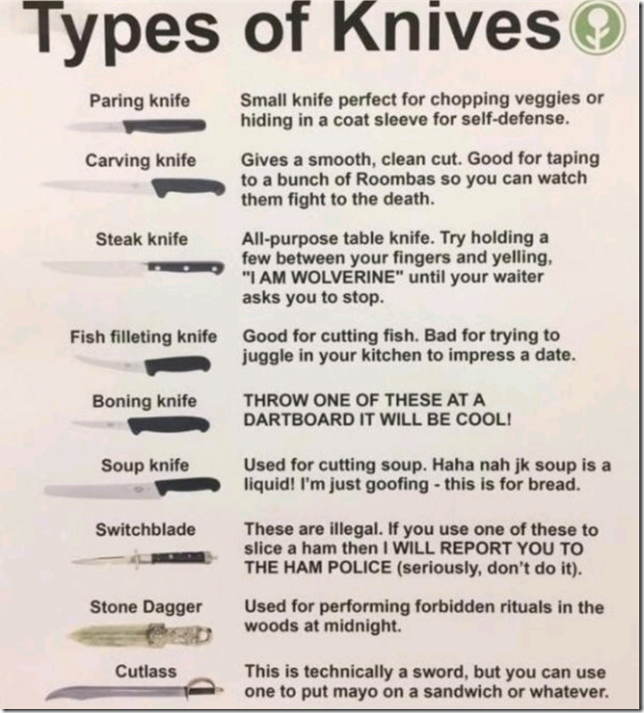 If you throw a boning knife at one of my dart boards I will kick your ass! 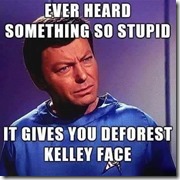 As good as this bar is,” said the Scotsman, “I still prefer the pubs back home. In Glasgow, there’s a wee place called McTavish’s where the landlord goes out of his way for the locals – when ye buy four drinks, he buys ye the fifth.”
“Well, Angus,” said the Englishman, “at the Red Lion in London, the barman will buy your third drink after you buy two.”
“Ahhh, dat’s nootin’,” said the Irishman, “back home in me favorite pub, the moment you set foot in the place they’ll buy you a drink, then another, all the

drinks you like, actually.  Then, when you’ve had enough drinks, they’ll take you upstairs and see dat you gets laid, all on the house!”
The Englishman and Scotsman were suspicious of the claims. “Did this actually happen to you?”
“Not meself, personally, no,” admitted the Irishman, “but it did happen to me sister quite a few times.”

I have actually used that exact cooking technique. 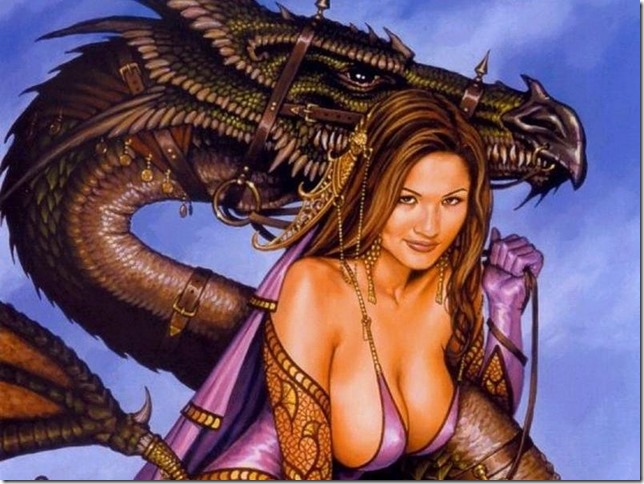 Some Dragon Riders are just naturally better than others. 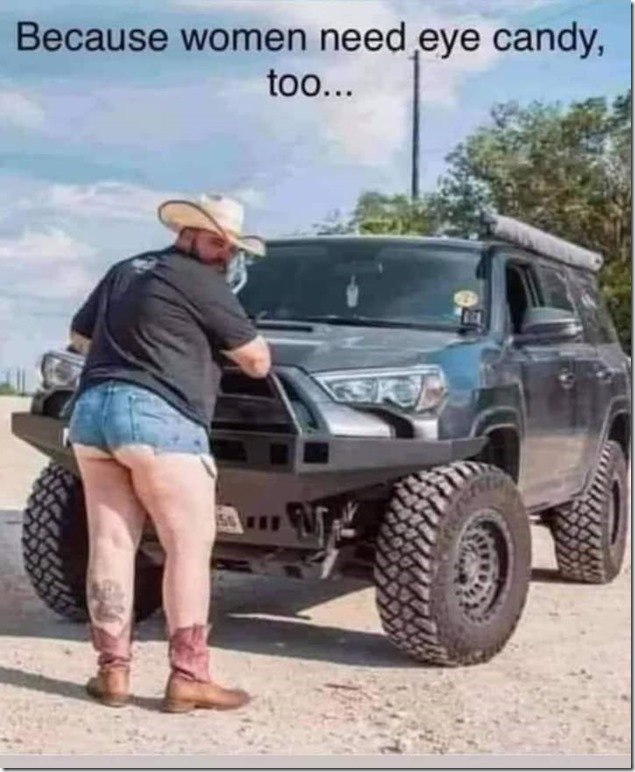 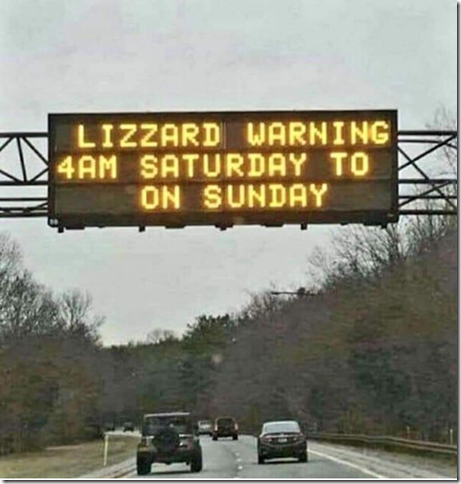 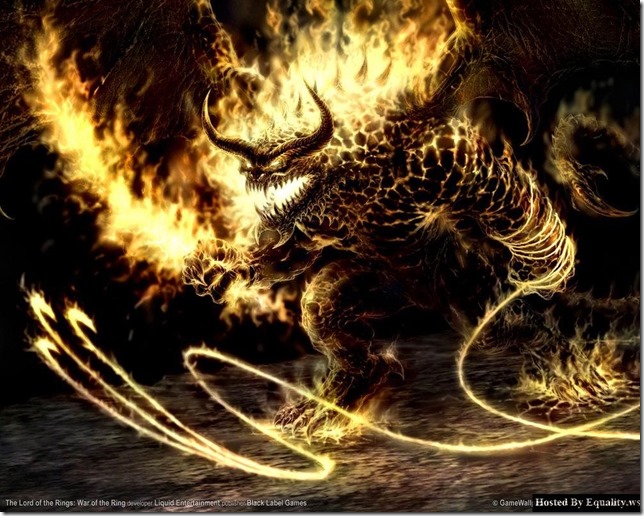 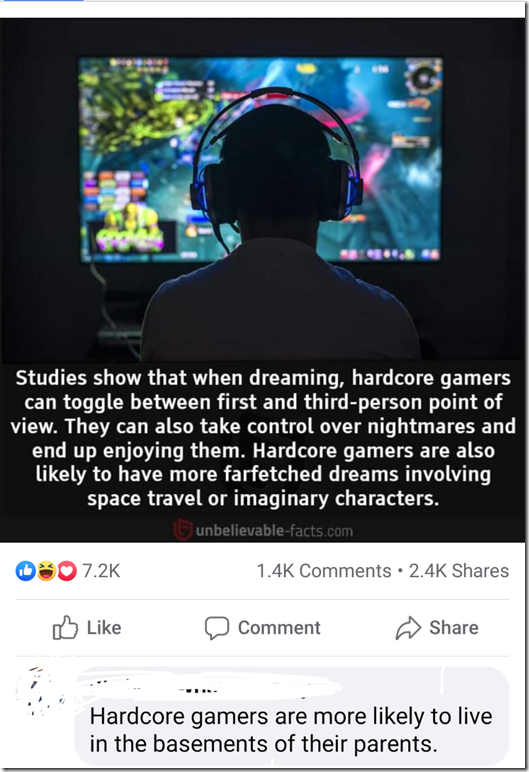 Burglar:  [points gun at me] Alright buddy, just show me where your valuables are and I won’t hurt you.

Alexa:  Shuffling songs by The Police

[Roxanne plays as I get shot 16 times] 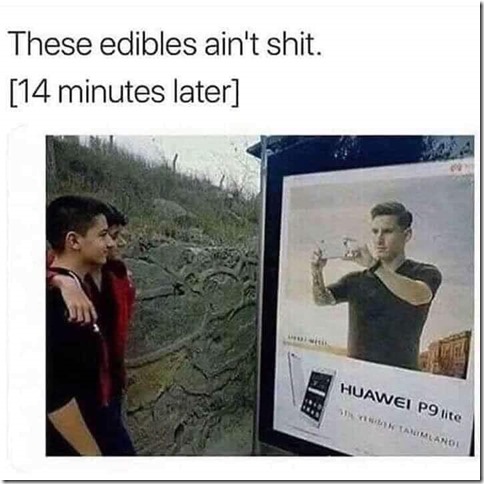 And the disappearance of baby dragons is explained once and for all.

I think I even found what they are giving away … 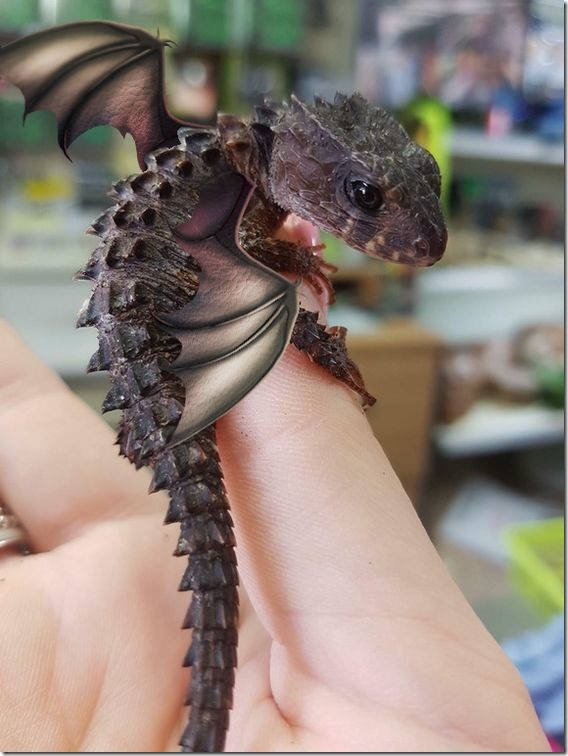 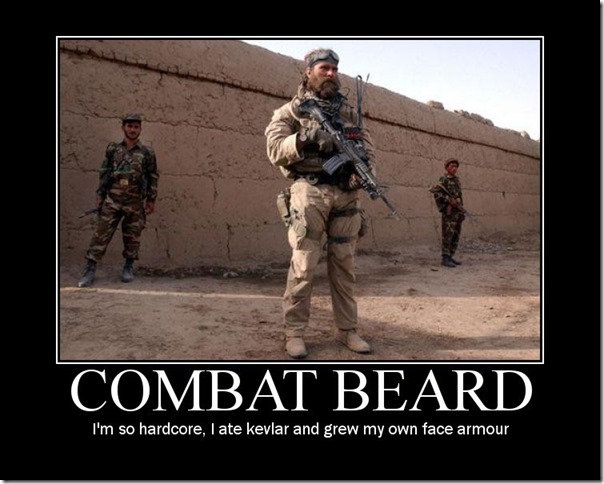 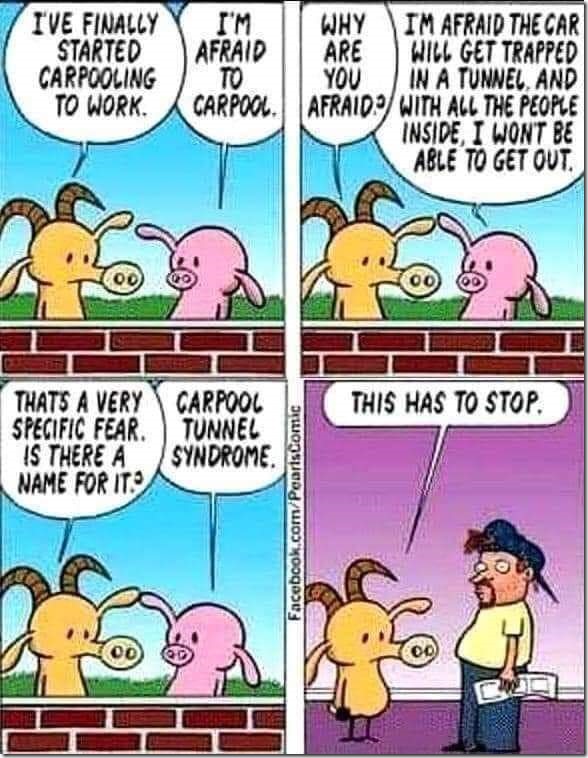 And that’s not even all of us!

J.R.R. Tolkien was a fucking genius!

I was in a bar the other night and overheard three very hefty women talking.  Their accent appeared to be Scottish, so I approached and asked, “Hello, ladies are you three lassies from Scotland?”

One of them angrily screeched, “It’s Wales, you bloody idiot, Wales!”

So, I apologized and replied, “I am so sorry.  Are you three whales from Scotland?”

And that’s the last thing I remember. 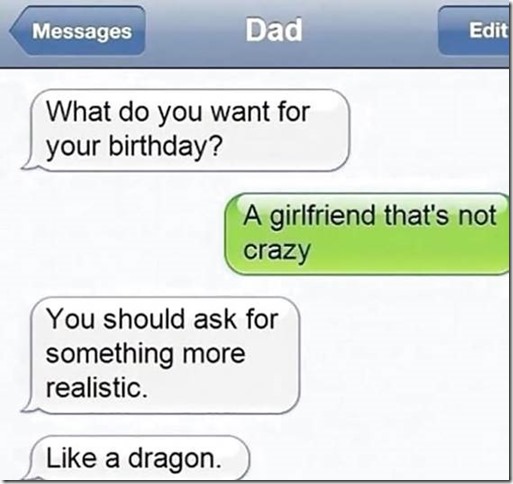 What in the world makes you think that we’re more realistic than a non-crazy girlfriend?

Western Michigan is home to a giant lavender labyrinth so big you can see it on Google Earth.

Failure is unimportant.  It takes courage to make a fool of yourself. ~ Charlie Chaplin

Bozo criminal for today comes from Roseburg, Oregon where bozo Tamara Mills was arrested and charged with setting 34 fires in national forests. Now, our girl Tamara… she’s not just another fire bug. Oh, no. She worked for the U.S. Forest Service as a fire prevention expert. Her reason for setting those fires – so she could earn overtime pay when called to put them out.  Sounds an awful lot like job security to me. 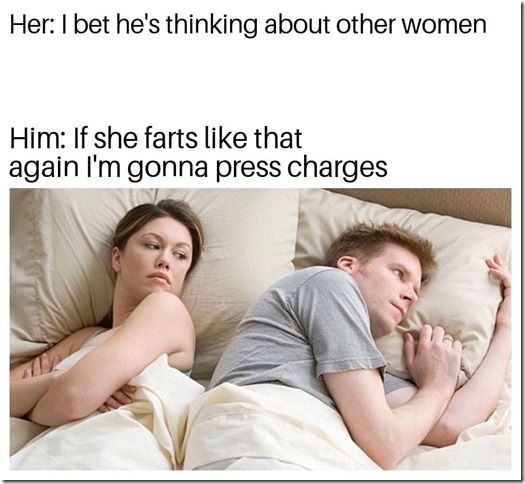 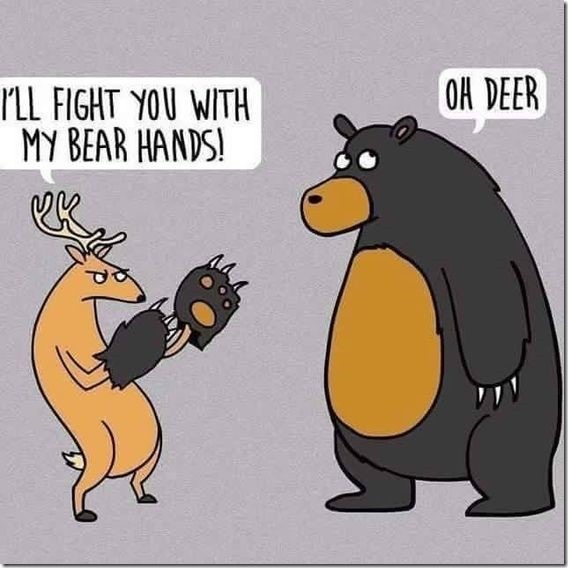 Not really that much politically today … but let’s see where it leads us. 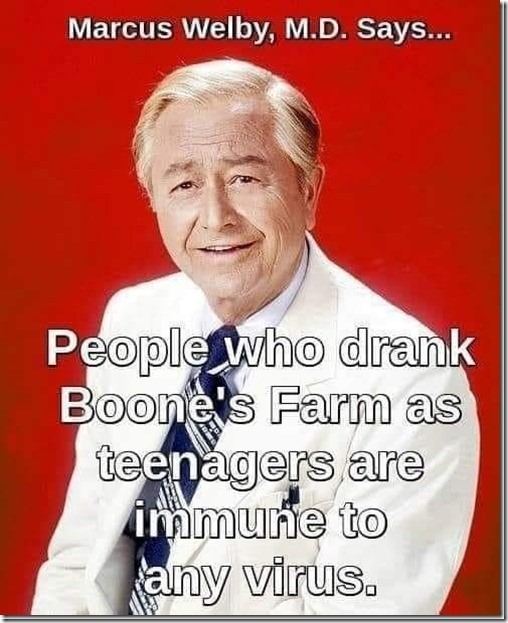 This is probably very true.  I’m still sticking with my Jameson cure. 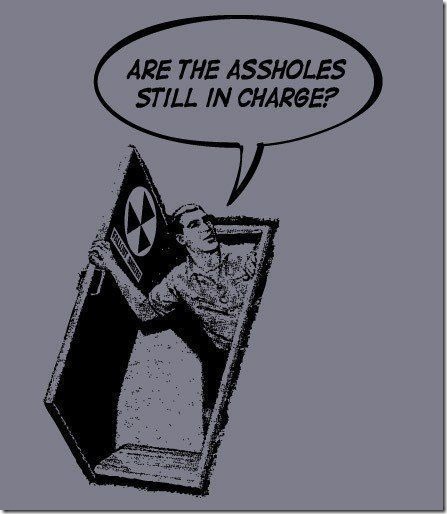 Yup!  Go back inside.

And after 2020, the average is probably twice that.

And I need to put this sign up outside MY office:

Seniors have bills and obligations too.  If we’re going to double the minimum wage, shouldn’t we double Social Security also? 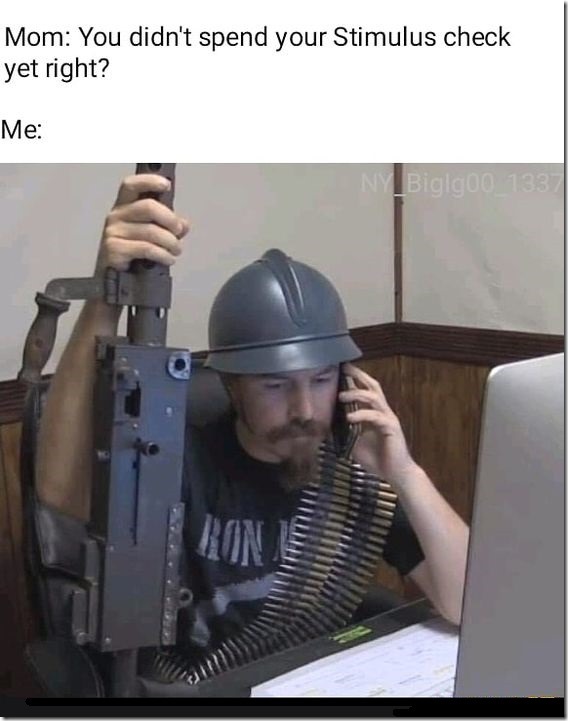 A new study found that people who take their coffee black are more likely to exhibit psychopathic traits.

And people who order a quad shot, non-fat, vanilla soy, extra foam, light whip with caramel drizzle are more likely to be their victims.

Yup, it’s true.  The do taste a little sweet when I eat them!

All dogs are therapy dogs.

The majority are just freelancing. 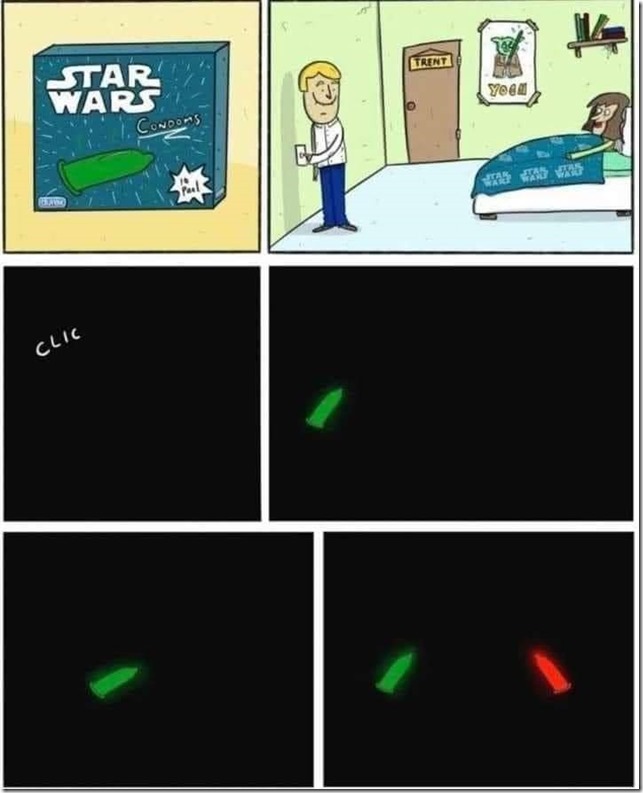 I sympathize with batteries …

I’m never included with anything, either.

I think that’s a GREAT idea!  That ought to get a whole bunch of dumb sons-a-bitches off the street.

The Five Stages of Winter:

I should do that!

They passed school without Google.

Kids today don’t know how good they have it.  When I was young, I had to walk 9 feet, through shag carpet to change the TV channel.

This one is truly amazing!!!! The BEST rendition of Foggy Mountain Breakdown ever.  https://www.youtube.com/watch?v=YXDTWPH8Dss

Thanks to Stephanie for sending this in.

And before we end for today, let’s do this …

Thanks to Stephanie for sending this one along to all of us Campers. 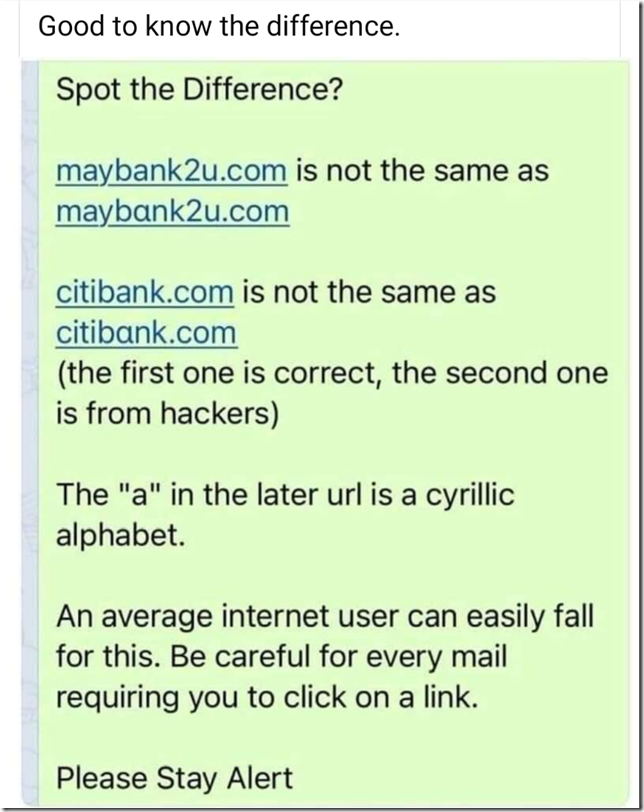 I have to admit, I had to look twice before I saw the difference.  That      is     subtle.  Thanks again dear Stephanie. 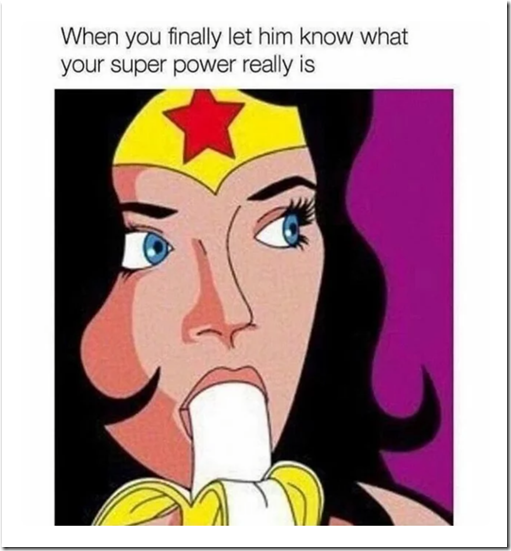 And with that, we’re going to call it an issue…a nice LONG issue.  I hope you enjoyed it as much as I did.  Love and happiness to you all!