Today is Presidents’ Day.  Which actually started out as Washington’s Birthday although with the move to make it the third Monday in February insures it will never actually occur on his actual birthday of February 22.  Washington’s 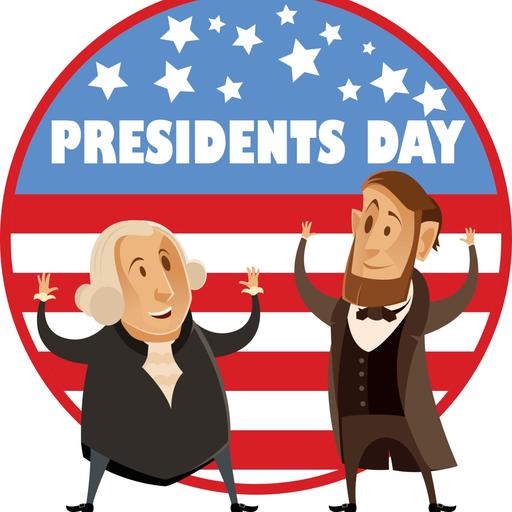 Birthday was the first official national holiday for an individual, the second being Martin Luther King.  It became Presidents’ Day in the early 2000’s when they threw Lincoln’s birthday in there as well.

Like Independence Day, Presidents’ Day is traditionally viewed as a time of 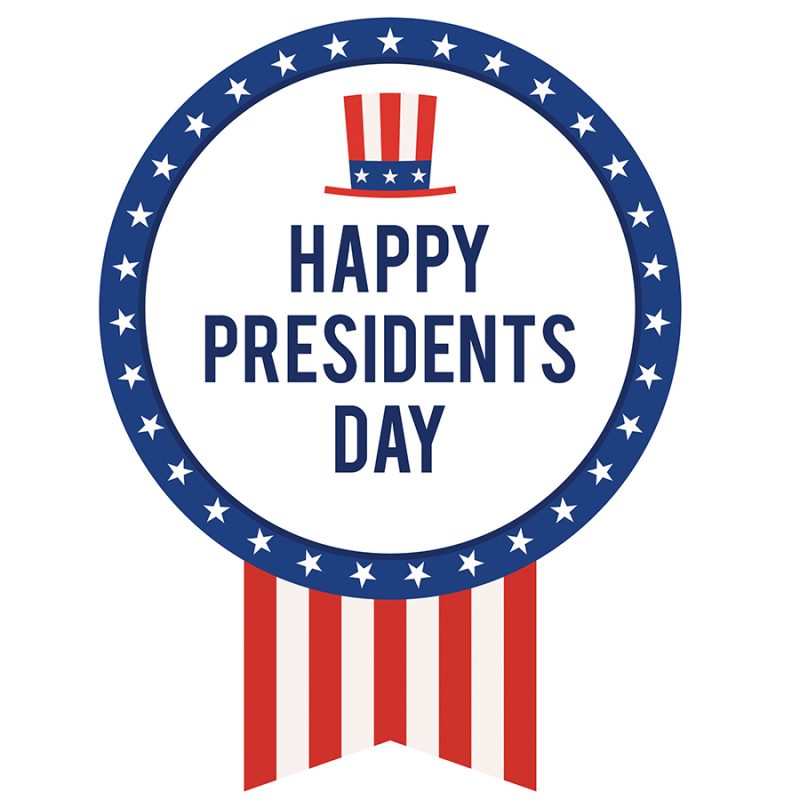 patriotic celebration and remembrance. In its original incarnation as Washington’s Birthday, the holiday gained special meaning during the difficulties of the Great Depression, when portraits of George Washington often graced the front pages of newspapers and magazines every February 22.

In 1932, the date was used to reinstate the Purple Heart, a military decoration originally created by George Washington to honor soldiers killed or wounded while serving in the armed forces. Patriotic groups and the Boy Scouts of America also held celebrations on the day, and in 1938 some 5,000 people attended mass at Saint Patrick’s Cathedral in New York City in honor of Washington.

In its modern form, Presidents’ Day is used by many patriotic and historical groups as a date for staging celebrations, reenactments and other events. A number of states also require that their public schools spend the days leading up to Presidents’ Day teaching students about the accomplishments of the presidents.

And that is President’s Day.

Oh, before we get started, I heard a great commentator on TV.  He said something to the effect, Biden is going to allow 25,000 illegal aliens to come into the United States, but is doing nothing to re-open the schools to put our kids back in school.  Which shows that he cares more about people in Mexico then he does about American children.  Think about that for a few minutes.

The Bozo Criminal for this morning comes from Syracuse, New York. This Bozo had the potential to be a good businessman if only he hadn’t been so stupid. Jacob Martin was apprehended when the police saw him driving by neighborhood businesses and smashing glass windows and doors with a slingshot. His excuse–his glass repair company wasn’t doingso well and this was his way of drumming up business.

Bozo criminal this morning is from the International File. From Calgary, Alberta, Canada comes twenty year old Jacques Lepointe…in jail for breaking and entering. The bozo did his time and was released in mid-november. He left behind several items in his cell when he got out… perhaps the most important being a diary listing the dates and locations of 150 homes he planned to burglarize when he got out. The police were on hand to greet him at the first home on the list.

The rumble strips on the highway are for the blind drivers.  Took me seven years to realize.

My dad told me that oil spots on the street were little kids that got run over because they didn’t hold anyone’s hand while crossing the street!  Oh my gawd!

My grandmother told my mother that the left boob is for regular milk and the right is for chocolate milk.  My mom believed this until she was in high school and took sex ed.

If the ice cream truck is playing music, it means they have run out of ice cream.

My mother told me that when earthquake happens, our planet is fighting with another planet.  I believed that shit till the 2nd grade.

My dad used to tell me Santa was tired of milk and cookies, I’d get extra toys if I left Doritos and a beer.  That went on for years.

Boy, ain’t that the truth.

“Ha!  I found you!  Best damn Hide and Seek player EVER!”

Oh no, this isn’t Cola, it’s black water and you wouldn’t like it.

My dad told me that pushing the seat recline button on an airplane helps the plane take off, and that if not enough people push it the plane would crash.  OMG, can you imagine that poor kid, sitting on the plane, watching to see who pushes their seat back and then screaming at the last minute for everyone to push their seats back!

People get 10,000 words per month.  If you reach the limit, you can’t physically speak until the new month begins.  Anytime I was especially talkative, Dad would say, “Careful now, I have to think you are up over 9,000 by now.” That would shut me right up.  That is actually a brilliant idea!

Chuck E Cheese is only for birthday parties.  You have to be invited to one to go there.  Nice!

When we went to the store, my mom used to tell me, “Every time I touch something a kitten dies.”  That is particularly evil…but exceedingly effective.

My mom told me that if I ate raw cookie dough I’d get worms.  Fake news!

Grandmas said, “If you wander off, the boogie man will kill you and make sausage out of you.”  That’s not only evil, that’s awfully specific.

They don’t sell replacement batteries for that toy.  Effective.

If you think you have a stupid question, just remember NASA engineers once asked Sally Ride if 100 tampons were enough for a 7 day mission.

Spin the year wheel first. Put in the year that you graduated from High School or whatever. Then press “Hit Me.”  This is so cool, 50’s and 60’s are particularly great for our generation.  This will keep you amused for hours!

Thanks for that one, Ed

This is pretty cool.  The green dots on the Google Earth map represent radio stations all over the world.  Click on any one of the dots and you will immediately hear that station with very good reception.  For example, halfway up Ireland’s east coast, there is a station playing Irish pub music.  Any of you who are multilingual will certainly enjoy this.

When we fill out a repair report, one of the first things we generally ask, is if it was plugged in – the cleaning crew likes to use the plug-in…90% of the time the answer we get is YES.  But when we get there, guess what….
We call that PICNIC … Problem In Chair Not In Computer

You have to love a good nurse

A policeman was rushed to the hospital with an inflamed appendix.
The doctors operated and advised him that all was well, however, the patrolman kept feeling something pulling at the hairs in his crotch.

Worried that it might be a second surgery and the doctors hadn’t told him about it, he finally got enough energy to pull his hospital gown up enough so he could look at what was making him so uncomfortable.

Taped firmly across his pubic hair and private parts were three wide strips of adhesive tape, the kind that doesn’t come off easily… if at all.

Written on the tape in large black letters was the sentence,

“Get well soon, from the nurse in the Ford Explorer you pulled over last week.”

Kind of brings tears to your eyes doesn’t it?

Be ready soon, my campers.

Husband:  I want you to have this bracelet.  It belonged to my Grandmother.

Wife:  Why does it say, “Do Not Resuscitate”?

Just another public service announcement from your friendly neighborhood dragon.

Sometimes I sit quietly and wonder why I’m not in a mental asylum … then I take a look around and realize … maybe I already am.

If I had a dollar for every girl that found me unattractive,

I find it ironic that the colors red, white, and blue stand for freedom –

until they’re flashing behind you.

Take my advice – I’m not using it.

Every time someone comes up with a foolproof solution,

along comes a more-talented fool.

A computer once beat me at chess,

but it was no match for me with a sledge hammer.

If tomatoes are technically a fruit,

is ketchup a smoothie?

I’m trying to think of another word for synonym.

You know you’re old when …

You come close to shaving your nipple off while trying to shave your legs.

I paid my psychiatrist to follow me on Facebook.  That way we can skip the sessions and she can just send me the pills.

When tempted to fight fire with fire, remember that the Fire Department usually uses water.

Well, that’s for today, my friends.  I hope you had a good laugh.