Thirsty Thursday.  This Thursday, May 14th, is especially thirsty.  Do you know why?  Because on this day in history, in 1607 to be exact, the English colonists established the first permanent English settlement in America at Jamestown.  Now, they didn’t call it America at the time, but still…it was.  Unbeknownst to them, they landed amidst the worst drought in 800 years!  And it’s been Thirsty Thursday ever since!!!

Actually, May 14, 1607 was a Monday, but let’s not let that ruin a perfectly good factoid.

Do you know what else happened on this day in history?  Not a damn thing.  So that brings to a close this little history lesson and ruins a perfectly good opening cause I got nothin’ else.  But let’s get the warnings and disclaimers out of the way

So, without anything else, let’s get to the stuff you really came here for… 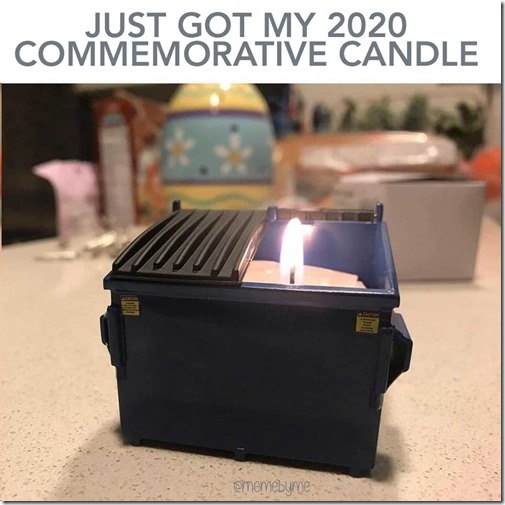 I was going to do something today, but I haven’t finished doing nothing from yesterday. 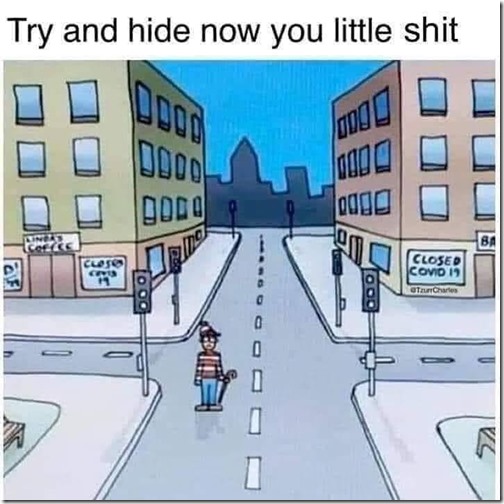 Whenever you feel sad, just remember that somewhere in this world, there’s an idiot pulling on a door that says “Push”

I used to care, but I take a pill for that now.

I’ve made from the bed to the couch.

There’s no stopping me now. 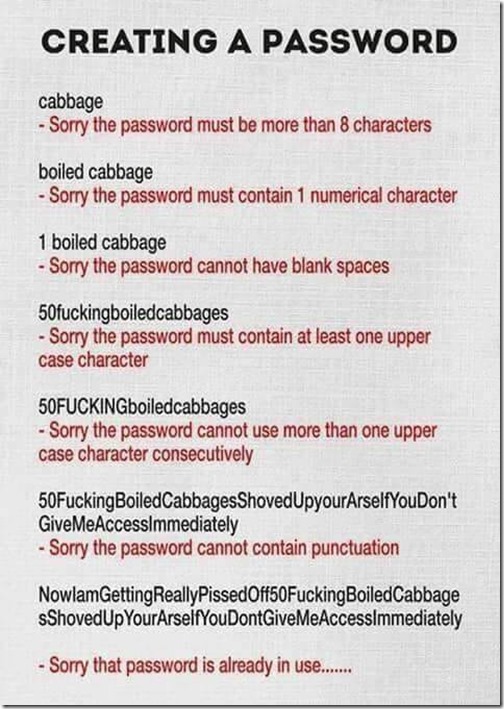 How to Frighten a Millennial:

Put them in a room with a rotary phone, an analog clock, an old typewriter, and a TV with no remote (you can add rabbit ears for fun).  Then leave them directions for all of the above in cursive.

Let’s pause here for a second and do a little tribute to Bob Hope.  If you don’t know who he is, ask your parents.  His birthday isn’t until May 29th, but this was sent to me and it touched me enough that I wanted to use it and I was afraid that with everything going on with me right now I would lose it between now and then and didn’t want that to happen, so I decided using it now was better than not using it at all.  I think that jjpvii translates to John S, if I remember correctly (my rememberer is not what it used to be) so thanks for sharing this with me.

ON TURNING 70 – “I still chase women, but only downhill.”

ON TURNING 80 – “That’s the time of your life when even your birthday suit needs pressing.”

ON TURNING 90 – “You know you are getting old when the candles cost more than the cake.”

ON GIVING UP HIS EARLY CAREER (BOXING) – “I ruined my hands in the ring. The referee kept stepping on them.”

ON GOLF – “Golf is my profession. Show business is just to pay the green fees.”

ON PRESIDENTS – “I have performed for 12 presidents but entertained only six.”

ON WHY HE CHOOSE SHOWBIZ FOR HIS CAREER – “When I was born, the doctor said to my mother, congratulations, you have an eight pound ham.”

ON RECEIVING THE CONGRESSIONAL GOLD MEDAL – “I feel very humble, but I think I have the strength of character to fight it.”

ON HIS FAMILY’S EARLY POVERTY – “Four of us slept in the one bed. When it got cold, mother threw on another brother.”

ON HIS SIX BROTHERS – “That’s how I learned to dance. Waiting for the bathroom.”

ON GOING TO HEAVEN – “I have done benefits for ALL religions. I would hate to blow the hereafter on a technicality.” 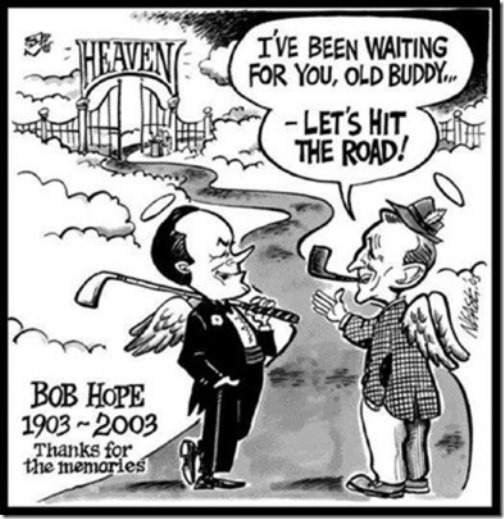 Dear Lord –
Please give me a sense of humor,
give me the grace to see a joke,
to get some humor out of life,
and pass it on to other folk.

Just a little bit of information for those of you don’t  know.  For the first cartoon.  Bob Hope was the king of the USO tours, making 57 tours for the USO between 1941 and 1991.  He was declared an honorary veteran of the U.S. Armed Forces in 1997 by an act of the United States Congress.  He did so many of them and made so many GIs laugh that when he died they said the GIs would be waiting for him at the Pearly Gates.  And the second cartoon is a reference to the 7 “Road Movies” that he did with Bing Crosby, who was born the same year as Bob, but died 26 years earlier.  Oddly enough, while Bob was doing the USO tours, Bing was heavily involved in Armed Forces Radio Service during World War II.

Can anyone tell me who played Forest Gump?
T. hanks

Bought a dog from a blacksmith yesterday, got him home and the first thing he did was make a bolt for the door. 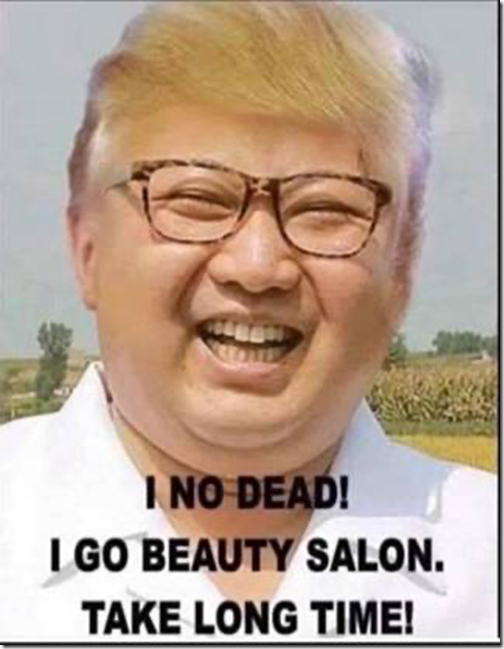 One day a man was walking home.  He noticed by the local abbey a line of men a block long.  He joined the line and asked “Whats going on?”  A young man answered “20 dollars and you can screw a nun.”

So the man waited his turn.  Paid the usher and was greeted by a young nun.

They walked through the abbey and talked lightly.  She showed him a door and asked “If you go through that door, I’ll be right there.”

So he went through the door and found himself in the alley.  He asked another man in the alley “What’s the big deal!  I’m supposed to get screwed by a num!”  He answered “You just did.”

No kidding!  Proofreading anyone?

On a dare, a friend wanted to see how long it would take me to disassemble and eat a clock.

It was very time consuming.

Next time you expect a toddler or child to share, just remember how adults acted in 2020 over groceries.

I told myself that I should stop
DRINKING
but I’m not about to listen to a drunk that talks to himself.

Got another email from our bother down under.  Peter from Deception Bay.  He entitled his email More Aussie Monsters:

As well as the dreaded DROP BEAR , we Aussies have two more deadly creatures that inhabit the bush here……..

The  BUNYIP  and the  YOWIE.

The YOWIE is closely related to the BIGFOOT  but the BUNYIP is exclusively Australian.

I’ve attached a couple of items about these cute critters for your reading pleasure.

And here are those pictures he sent our way:

Okay Pete, one of these days I’m going to have to break out the article I wrote a couple of years ago about a beastie from where I grew up called the Jersey Devil…if I can find it amongst my files.  It’s been a while.  But, we have our legends, too.  LOL!

Thanks for the email, brother! 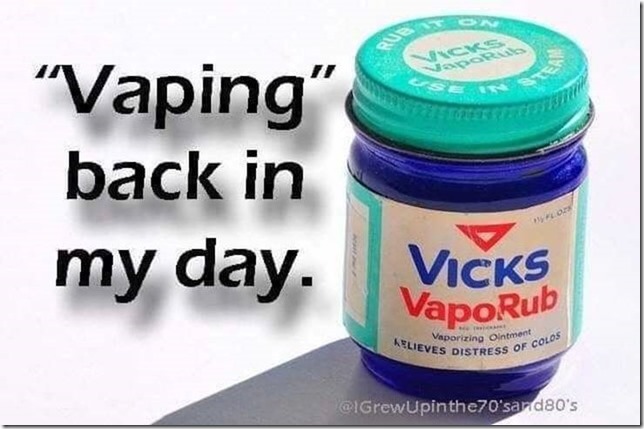 In this episode of Motivational Posters we do lots of things with guns, guns, and more guns (we are in the Gs, after all) we go to the gym and end with a haircut.  It should be fun! 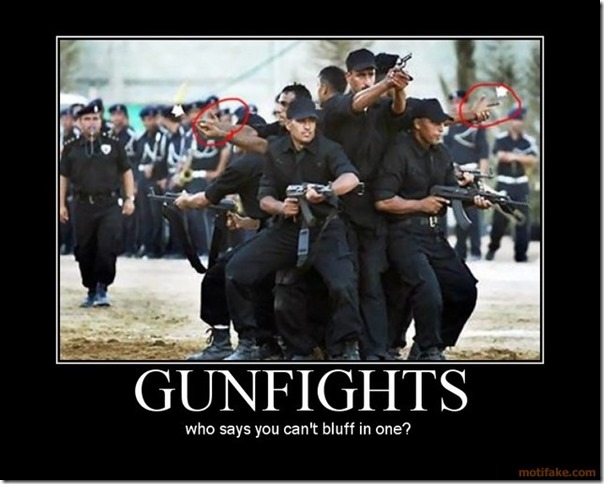 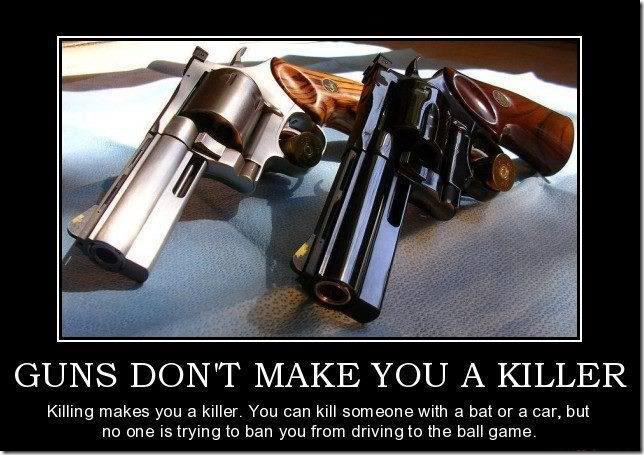 And another episode come and gone.  Tune in tomorrow for more Motivational or Demotivational Posters…<sound of applause>

A guy is at the airport bar, and a good looking lady in a flight uniform comes in and sits down 2 stools away. He’s thinking he will chat her up, using company slogans. “Something special in the air?” She hardly looks at him. Hmm, doesn’t work for Delta he thinks. So he says”love to fly, and it shows? She looks at him with contempt. Hmmm, doesn’t work for United he thinks. “I’d love to fly your friendly skies” he says. She turns to him and says, “look asshole. What the fuck do you want?” “Oh”, he says, “you work for Air Canada!”

Bill Clinton is jogging around the track, and says to his aide, “when I get home…I’m going to RIP Hillary’s panties off!” “Really?” says the aide. “Fuckin rights!” Bill says, “they’re riding up the crack of my ass!”

For those weddings cancelled due to COVID-19: God is giving you a second chance to think about it.

Bozo criminal for today comes from Modesto, California, in the California wine country. Webcam footage from a Cherokee Freight Lines tanker truck shows our bozo pull in front of the big rig, with his hazard flashers on, directing the driver to pull over. The trucker stops, thinking he has a mechanical problem. And that’s when things got weird. Really weird. Bozo Gabriel Montez, clad only in his underwear, jumps out of his car and runs to the back of the truck, disappearing from the driver’s view. The trucker decides the best thing to do is get out of there so he pulls back onto the freeway. With the truck now back up to speed, our bozo reappears, climbing on the side of the truck. Hanging on for dear life, our bozo positions himself near the bottom of the tanker and opens up a valve. Suddenly, the trucks cargo of red wine begins flowing out and our bozo sticks his face into the stream and gulps down as much as possible. The driver called the cops and our now drunken bozo was placed under arrest but not before the truck lost about 1000 gallons of red wine, most of it ending up on the highway. Cheers!

I have to check on some friends to see if they’ve been locked up in Modesto, California. 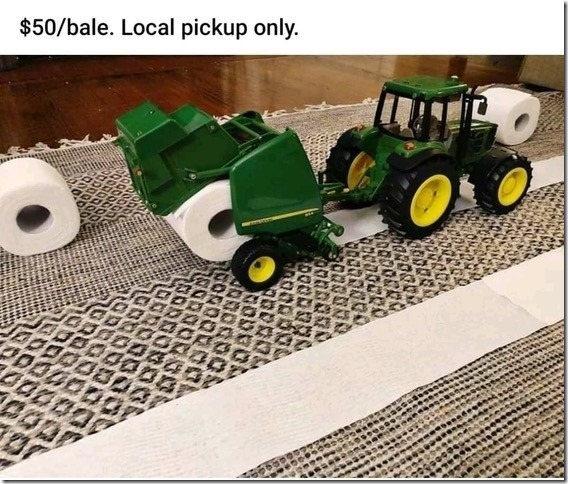 Yup, it’s time to do some of this…

We have a Lays Potato chip factory close to us. Every time I drive by there, I

have to go buy fries! They ought to be charging McDonald’s for the advertising..

That cracked me up!  I had a guy I used to work with who had converted his truck to burn old fryer grease.  I’m not sure how he did it, but when he used to start his truck up, it always smelled like that!  Always made me think of McDonald’s.  You just bought me way back, dear.  Now I need to think of something I need to run out for, so I can have an excuse to also run through the drive-thru.  Damn!

Did you know: (or Holy Shit!) Experiments have shown that it takes less than a tenth of a second to develop a first impression.

Dammit, I can’t get them out of my head!

What’s the old saying?  If it moves and it’s not supposed to use duct tape, if it doesn’t move and it is supposed to, use WD-40.  The only two tools you ever really need in your tool box.

(I’m fucking ignoring you, dammit!)
And I always heard one more, that if a hammer doesn’t fix it, you have an electrical problem.
(Now, go the hell away!) 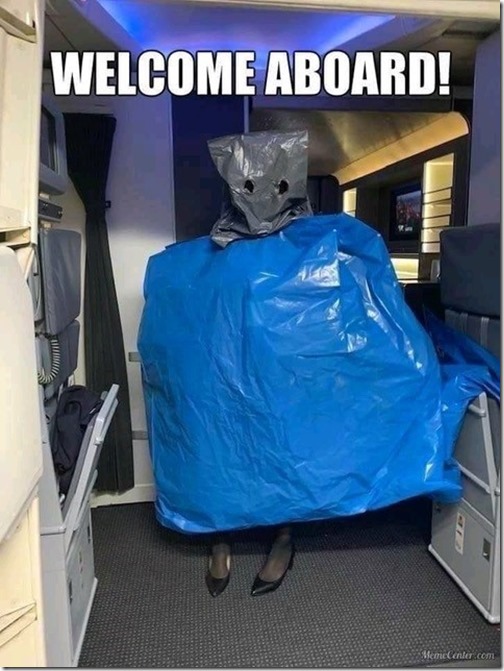 Well, that’s if for me for today.  I find that I suddenly have to run some errands.  Get some milk, some bread, some gas for the car, things like that.  So yeah, have a great day and all that.