Well, it’s Friday morning for me, and we didn’t get the snow that they threatened us with, but the good news is that our weather service is batting a thousand for this winter.  LOL!  I love those guys.  They help us out a lot and bend over backwards to do whatever they can for us, but as far as snow predictions go… they’ve missed the mark every time this year.

I’ve got an online appointment with my doctor this morning so I have to go get pretty.  Seems silly.  It’s been over a year and in order for them to keep refilling my prescriptions, the doctor has to see me.  I swear it hasn’t been that long, but maybe it has.  Maybe I have seen her, but for Mrs. Dragon and Izzy Dragon.  Anyway, so I called the office the other day when the pharmacy said that they couldn’t refill one of my scripts and they said I needed to make an appointment and they said we could do it over the phone.  Having just done it the week or so before with Izzy I thought, okay.  So, I need to go shave, put on a nice shirt, make sure my boxer shorts can’t be seen… you know, the usual stuff for a doctor’s appointment.

Now you guys go on.  Find something else to laugh at while I get ready.

Quarantine has turned us all into dogs.  We roam the house all day looking for food.  We are told “no” if we get too close to strangers.  And we get really excited about car rides. 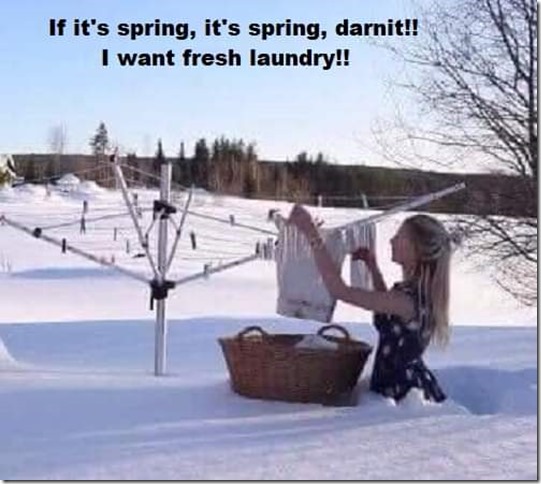 It’s SUPPOSED to be Spring!!!

If we are going to let a bat shit crazy drunkard who’s always saying random things be Speaker of the House, can we at least give the job to Ron White?

Okay, that was too easy.

Commercials in 2030 will be like: Were you or someone you know exposed to hand sanitizer, Lysol, or bleach during the 2020 Coronavirus pandemic?  If so, you may be eligible for compensation. 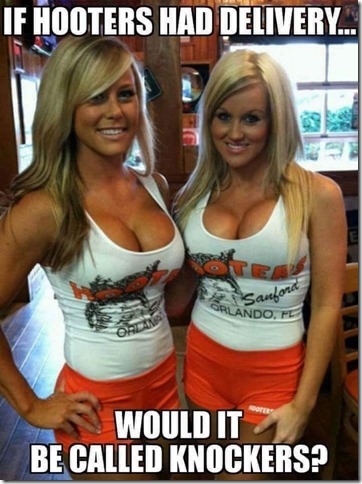 I’m done with homeschooling.  We are switching to trade schooling.  Both of mine are going to be bartenders. 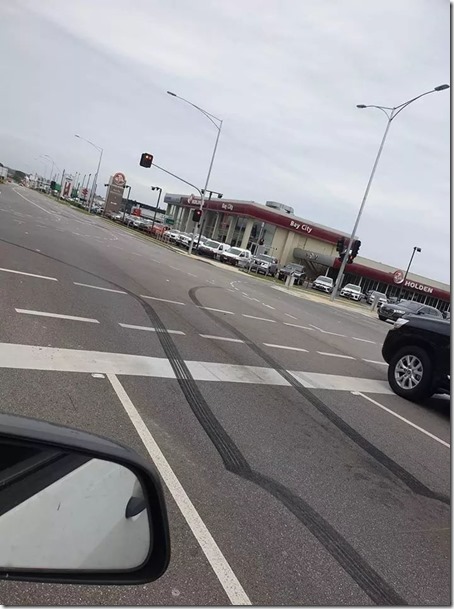 I’ll tell you what’s wrong with society…No one drinks from the skulls of their enemies anymore. 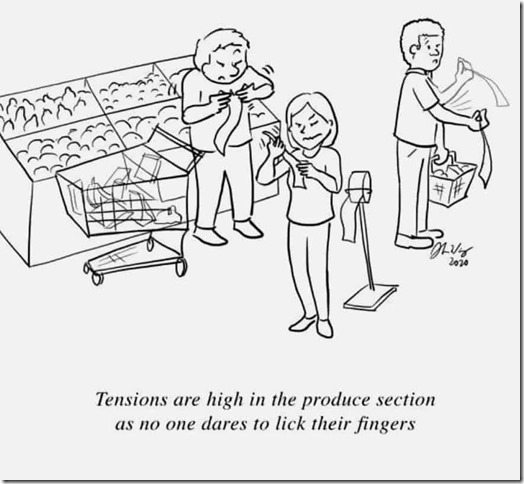 Why wasn’t this world wide news…

I got this really cool picture and email from Tom J.

Our family published a Family Cook Book in the late 1970’s and one of my great aunts found this menu from the Palace Cafe and put it in the center of the book. I don’t know the year but it was WAY back when. The cafe had to be somewhere in North Dakota. Imagine, grilled salmon steak with lemon butter complete with potato, salad, vegetable, and pie or ice cream with a beverage and all for .45 cents! I want to go there but I guess it’s probably closed.

What an amazing piece of history, Tom!  And very well preserved.  And doing a Google search shows about a gazillion Palace Cafes!  One in Indiana dates back to 1852!  So, good luck ever trying to figure out where it came from.  But, wow!  What a piece of history.  Thank you so very much for sharing it with us. 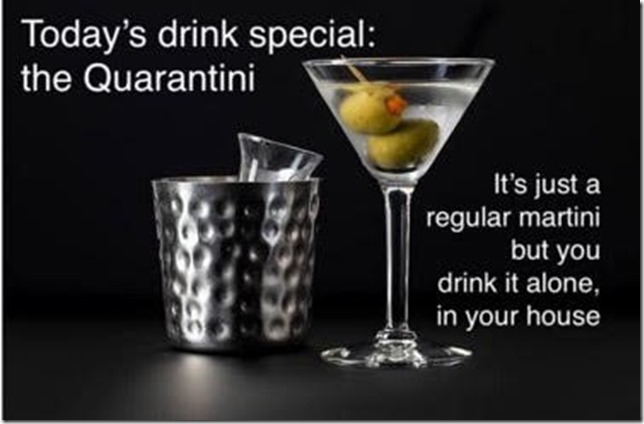 If a red head works at a bakery, does that make him a ginger bread man?

How do you tell the sex of an Ant?
Drop it in water…
If it sinks: Girl Ant.
If it floats… 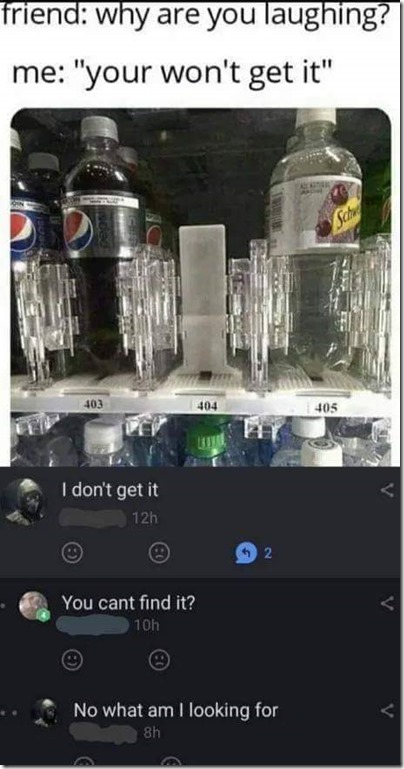 Just for fun, after 30 days, everybody post a pic of your moustache.

Get your husband to join in, too. 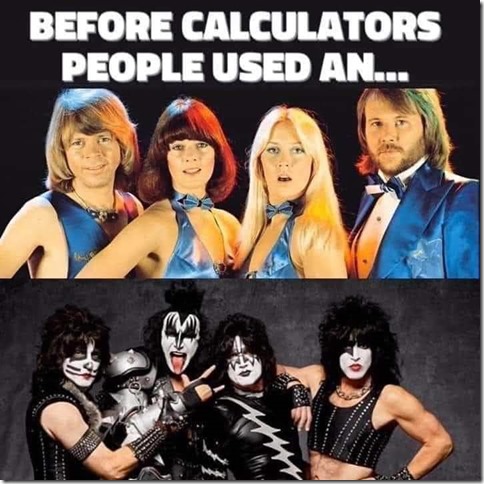 And the younger crowd out there is going, “I don’t get it.” But you got the one with the missing soda, didn’t you!!!!

Never in my whole life would I imagine my hands would consume more alcohol than my mouth!! 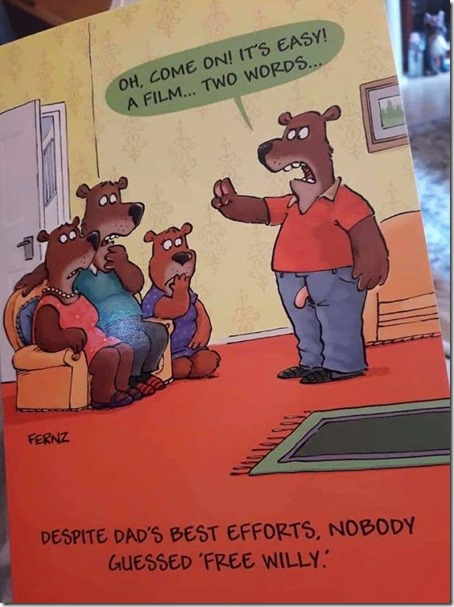 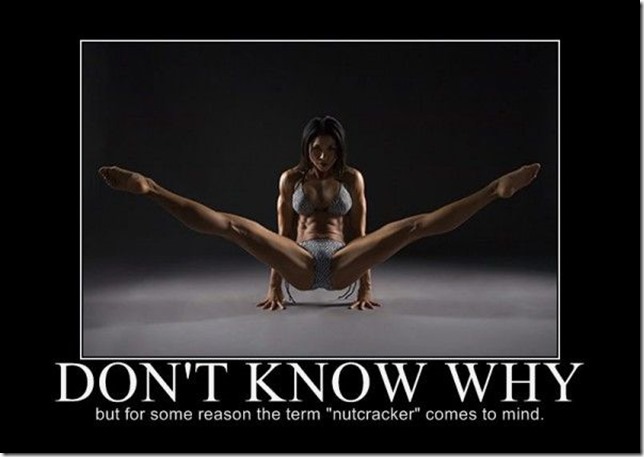 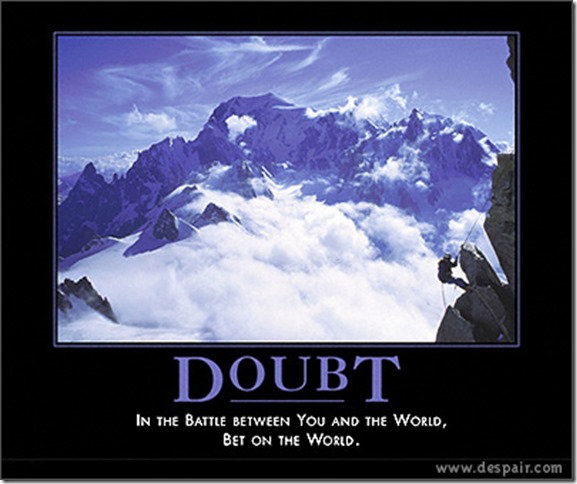 That’s sad and wrong and the same time…

Mexico is now asking Trump to hurry up with the wall. 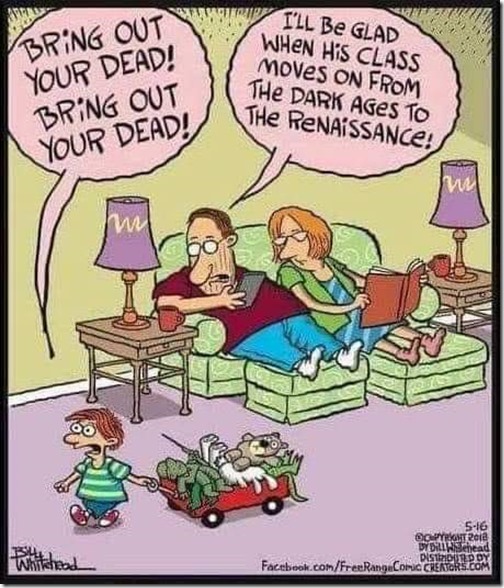 Biblical Irony: Passover Seder my be delayed by a plague.

A possible explanation as to why the vaccine has taken so long?*

*And before I start getting e-mails telling me, I KNOW it takes years to properly develop a vaccine.  It was a joke, people.

Due to my isolation I finished 3 books yesterday.  And believe me, that’s a lot of coloring.

If you thought toilet paper was crazy…just wait until 300 million people all want a haircut appointment.

That’s funny, we just got a message down the other day saying the Air Force was relaxing it’s hair cut standards for now, until the crisis was over.  Can you imagine the lines at the barber … at least on active duty bases … when this thing is over?

I need to make up one of these signs….except some of this stuff would be allowed at Dragon Laffs.  Not the rape or kidnapping … but then again … kidnapping of who?  There are some political leaders around the world who … never mind.  I should watch what I say in public, then that whole “premeditated” word gets thrown around.  But rollerblading? Driving a double decker bus?  Sure!  Bring it on through!  We’ll make room!  Fox hunting?  We’re always on the hunt for foxes around here! (Notice the double entendre I used there?)  And smoking?  I’m always up for a good cigar!  Yeah, gotta make me a sign…

Artist Phil Shaw tells ‘the story so far’ in an ongoing series he calls ‘Shelf Isolation‘.

For those that might have difficulty reading the book titles in the image I have transcribed it below:

The English patient had caught it on the beach. I should have stayed at home she said. Now she was in quarantine in the dark house of splendid isolation.
Still, hope springs eternal. With a little bit of luck, common sense, and personal hygiene, the Corona book of horror stories must end soon. Always remember clean hands save lives, and when in doubt, don’t go out!

Is that not awesome!!!!  Thanks John and thanks to Phil Shaw!

What a great come back!

The drop in gas prices during the lockdown is like a bald man winning a hairbrush.

I always had that problem as a kid

In 20 years Walmart employees gonna be like, “I fought for this country.” 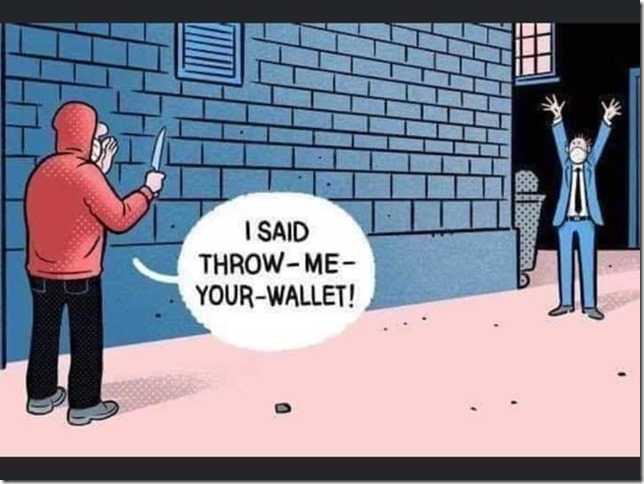 I asked God, “Why are you taking me through troubled water?”
He replied, “Because your enemies can’t swim.” 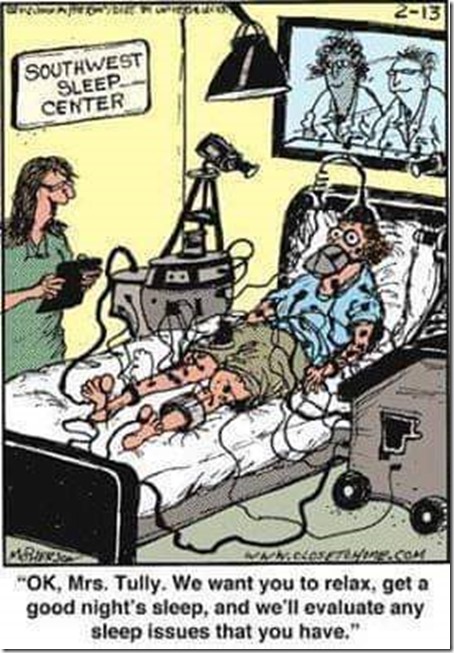 Any of you who have ever taken a sleep study, and I’ve had quite a few, know that’s exactly what it’s like!!!!

Let’s do some of these…

We do have so much to be thankful for. Many, many times God warned us that He will punish us if we don’t straighten up. I’m thankful that He used another plague instead of allowing us to get to atomic was a few decades back.

We did get close to that mushroom cloud a few decades ago … and truth be told, we’re never that far from it now … so many things to worry about.  It’s job security for me, I suppose, but don’t let it keep you up at night, remember, your teenagers are probably out smoking pot and having sex…now there’s something to keep you up at night.

Coffee and Dragon Laffs, makes it worth getting up in the morning!
We have had over 1,000 aftershocks since our March 18, 5.7 earthquake.
We now have a crack in the cement floor of our storage room, and it keeps widening and growing longer
Much like the reality gap between virus testing and when we can safely stop hibernating.

Oh dear…more things to worry about, you people aren’t helping at all today!  Glad you are enjoying your daily dose of Dragon Laffs, but I wish your ground would stop shaking out there in Utah!  Our numbers here in Indiana didn’t drop again today.  Still climbing and still not leveling out.  And now the president and all the Governors are talking about ways of opening the country back up again…I’m thinking it’s too soon.

Thanks Cynical John … you just pretty much proved my point…and added more fuel to the fire…lol!  Although I work for a branch of the damyankeefedralgummint, there is some truth to what you are sayin’.  I still say the best way to solve most of the damn problems is to not allow those in congress and senate to stay there forever.  Term limits. 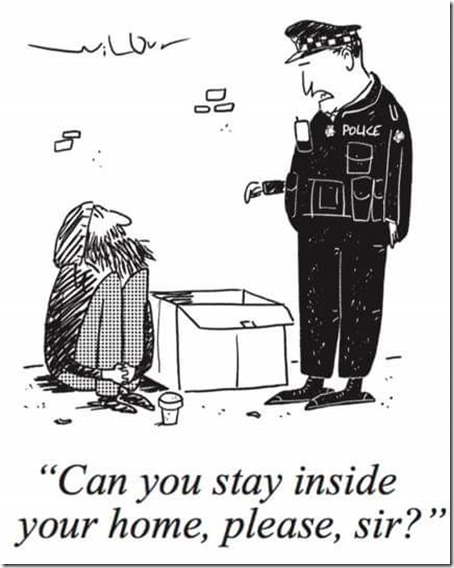 He’s on his back porch…

Three weeks of homeschooling my 7, 9, and 12 year olds went surprisingly well!  They have all graduated High School and are now ready to move out and get jobs as soon as the quarantine is over!

Isn’t that the way it always works?

I didn’t even know Grandma had a gun until I coughed at her house!

Thank God my wife has multiple personalities, I’m quarantined with someone different every day.

Returned from the grocery store with hubby.  Took masks off.  It turned out it was the wrong hubby!  Be attentive!

The youngsters and even some of the older ones won’t get this one.

There’s nothing like a little tomato soup to sooth the soul.  Even if it’s cold…over ice … With a celery stalk … And Vodka… 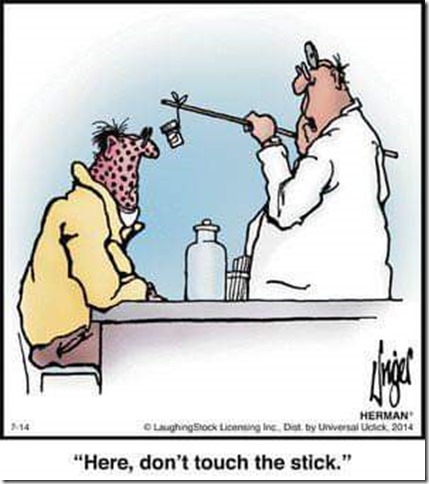 Some doctors already have practice.

I think my dogs are almost to this point…

And I think with that image, we’ll call it a day.  I hope I was able to give you guys a couple of chuckles for today.  Stay inside, stay safe, stay healthy.

Love to you all.