Posted on October 6, 2018 by impishdragon

It’s been another one of those weeks.  Tuesday I got a new AFI, which means Air Force Instruction, like a rule book, which turned my world upside-down.  Well….if nothing else, it sure did make the week go by quicker.

And before you ask, no, I haven’t heard anything yet about the new job.

Lots of great mail this week on the electric car and other things.  If I can squeeze in the time, I’ll add some of them to this issue. 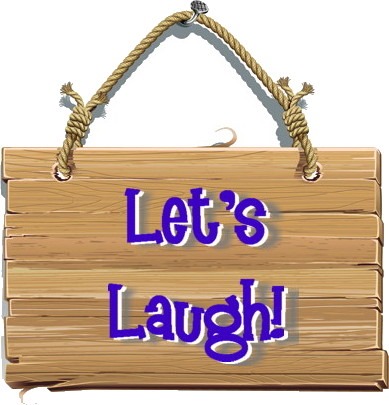 Teach your kids about taxes…

Eat 30 percent of their ice cream

At my funeral I am giving everyone a stun gun…Last person standing gets all my stuff.

Never Sing In The Shower
Singing leads to dancing,
Dancing leads to slipping,
And slipping leads to paramedics seeing you NAKED
So REMEMBER:
Don’t SING

A crusty old Army Sergeant Major found himself at a gala event hosted by a local liberal arts college. There was no shortage of extremely young idealistic ladies in attendance, one of whom approached the Sergeant Major for conversation.

“Excuse me, Sergeant Major, but you seem to be a very serious man. Is something bothering you?”

The young lady looked at his awards and decorations and said, “It looks like you have seen a lot of action.”

The young lady, tiring of trying to start up a conversation, said, “You know, you should lighten up. Relax and enjoy yourself.”

The Sergeant Major just stared at her in his serious manner.

Finally the young lady said, “You know, I hope you don’t take this the wrong way, but when is the last time you had sex?

“Well, there you are.  No wonder you’re so serious.  You really need to chill out!  I mean, no sex since 1955! She took his hand and led him to a private room where she proceeded to “relax” him.

Afterwards, panting for breath, she leaned against his bare chest and said, “Wow, you sure didn’t forget much since 1955.”

The Sergeant Major said, after glancing at his watch, “I hope not; it’s only 2130 now.”

Sue and Sally meet at their 30th class reunion, and they haven’t seen each other since graduation. They begin to talk and bring each other up to date.

The conversation covers their husbands, their children, homes, etc. and finally gets around to their sex lives.

Sue says “It’s OK. We get it on every week or so but it’s no big adventure, how’s yours?”

Sally replies, “It’s just great, ever since we got into S&M.”

Sue is aghast. “Really Sally, I never would have guessed that you would go for that.”

And that, my friends, is all you really need to know about people from Jersey.

Q: What’s the difference between a penis and a prick?
A: A penis is fun, sexy, and satisfying. A prick is the guy who owns it.

Fu, Bu and Chu immigrated to the US from China. They decided to become American Citizens, and “Americanize” their names. Bu called himself “Buck”, Chu called himself “Chuck”, and Fu had to go back to China.

Yup, definitely gonna use that one…

Judy married Ted; they had 13 children. Ted died of cancer.
She married again [Bob], and she & Bob had 7 more children. Bob was killed in a car accident, 12 years later.
Judy remarried again, and this time, she and John had 5 more children.
Judy finally died, after having 25 children.
Standing before her coffin, the preacher prayed for her. He thanked the Lord for this very loving woman and said, “Lord, they are finally together.”
Ethel leaned over and quietly asked Margaret, her best friend, “Do you think he means her first, second, or third husband?”
Margaret replied, “I think he means her legs, Ethel…”

We could balance the Federal Budget if we taxed sex..
– Everyone would pay their share.
– Young people would pay more taxes, and your tax liability would decrease as you got older.
– The tax would also promote family values.
– How would you like to come home to your wife and have her ask, “Honey, why is your tax bill larger than mine?”
– Or be a teenager and come home to find your dad with your tax bill in his hand.
– We wouldn’t have to pay people to work for the IRS, they would be paying to work there just so they could review peoples returns.
– Locker room conversations would change. “Get a load of this Hollywood tax bill!”
– The forms would change a little also. We would now have a 1040Quickee.
– And it would give a whole new meaning to the phrase, “Substantial penalty for early withdrawal!” 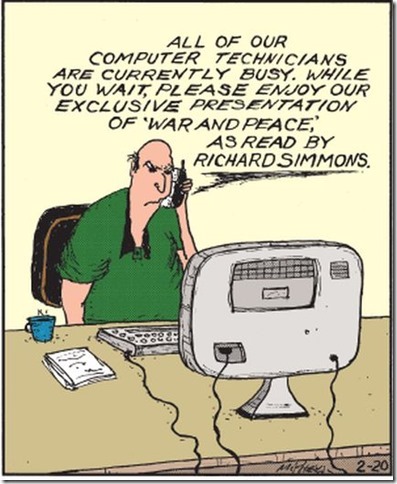 Oh my gawd! That takes hold music to a whole new low!

Three football fans were out for a ride when one noticed a foot sticking out of the bushes by the side of the road. They stopped and discovered a nude female, dead drunk.

Boy, ain’t that the truth.  I have had the exact same experience!

The Italian MAN of His House. With his Italian wife!
Luigi had just finished reading a new book entitled, You Can Be THE MAN of Your House.
He stormed to his wife in the kitchen and announced, “From now on, you need to know that I am THE MAN of this house and my word is Law. You’ll prepare me a gourmet meal tonight, and when I’m finished eating my meal, you’ll serve me a sumptuous dessert.
After dinner, we’re going upstairs and we’ll have the kind of sex that I want.
Afterwards, you’re going to draw me a bath so I can relax.
You’ll wash my back and towel me dry and bring me my robe. Then, you’ll massage my feet and hands. Then tomorrow, guess who’s going to dress me and comb my hair?”
His Sicilian wife Maria replied, “The fucking funeral director would be my first guess”. 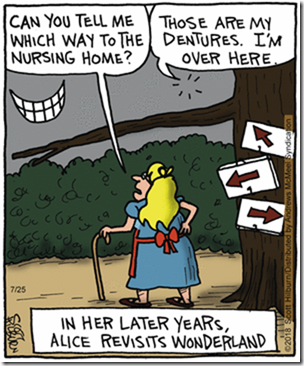 It was a hot Saturday evening in the summer of 1960 and Fred had a date with Peggy Sue. He arrived at her house and rang the bell  “Oh, come on in!” Peggy Sue’s mother said as she welcomed Fred in.

“So, what are you and Peggy planning to do tonight?” she asked.

“Oh, probably catch a movie, and then maybe grab a bite to eat at the malt shop, maybe take a walk on the beach…”

“Peggy likes to screw, you know,” Mom informed him.

“Well, thanks for the tip,” Fred said as he began thinking about alternate plans for the evening.

“Have fun, kids,” the mother said as they left.

Half an hour later, a completely disheveled Peggy Sue burst into the house and slammed the front door behind her.

“The TWIST, Mom!” she angrily yelled at her mother.    “THE DAMN DANCE IS CALLED THE TWIST!!!”

If things get better with age, I must be close to magnificent! 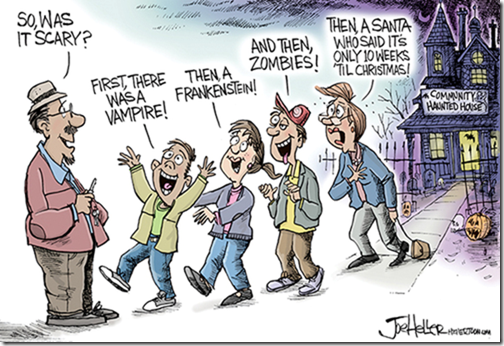 My gawd, that is so true!  I’m so not ready for the holidays to start up again this year.  Halloween, then Thanksgiving, then Christmas, then New Year’s and then…recovery!

I’m outdoorsy in that I like getting drunk on patios.

I want to go to a pumpkin patch.  Watch horror movies.  Drink hot cocoa and murder someone. 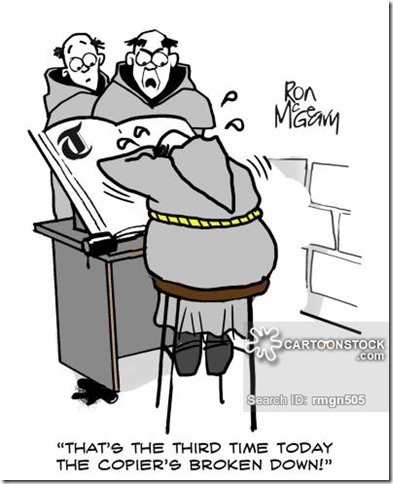 The path to inner peace beings with four words…

“Not My Fucking Problem”

I also like “Not my monkeys, not my circus.”

Now THAT explains a hell of a lot!

Did you know that “Democrat” spelled backwards is “Asshole”?

Hey, if they can make shit up, so can we.

I bought my ex a chair but the state won’t let me plug it in.

Oh my gawd, this is so me…
I’m at that age where my mind still thinks I’m 29, my sense of humor suggests I’m 12, while my body mostly keeps asking if I’m sure I’m not dead yet. 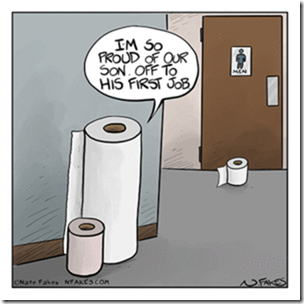 A human fart can be louder than a trombone.  I discovered that at my daughter’s school concert.

This morning, I was beaten up by a busty woman in an elevator.

I was staring at her boobs when she said, “Would you please press one?”

I don’t remember much after that.

So these next two go together…

This little guy doesn’t know it yet, but he’ll NEVER be on the Supreme Court.

And that’s it for today my friends, but I want to end today’s issue with something special that was sent to me and now I’m sending it to you.

At birth we boarded the train and met our parents, and we believe they will always travel on our side.

However, at some station our parents will step down from the train, leaving us on this journey alone.

As time goes by, other people will board the train; and they will be significant i.e. our siblings, friends, children, and even the love of your life.

Many will step down and leave a permanent vacuum.

Others will go so unnoticed that we don’t realize they vacated their seats.

This train ride will be full of joy, sorrow, fantasy, expectations, hellos, goodbyes, and farewells.

Success consists of having a good relationship with all passengers requiring that we give the best of ourselves.

The mystery to everyone is:

We do not know at which station we ourselves will step down. So, we must live in the best way, love, forgive, and offer the best of who we are.

It is important to do this because when the time comes for us to step down and leave our seat empty we should leave behind beautiful memories for those who will continue to travel on the train of life.

I wish you a joyful journey on the train of life.

Reap success and give lots of love.

Lastly, I thank you for being one of the passengers on my train.

(By the way, I am not planning to get off the train anytime soon but if I do, just remember I am glad you were part of my journey.)