As most of you know, October is Breast Cancer Awareness Month and is a very important charity to me.

Every year, in October, I donate the money that I can spare to this horrendous problem.  Now, I’ve been doing this since before it became popular to do this.  Before the NFL started putting players in pink shoes, with pink towels hanging out of their asses and the refs throwing pink flags for some foul de flagrante.  The ribbon to the left is dated fr0m before I even adopted the wonderful little blue guy that I have now.

I’m not going to tell you how horrible it is, the fact is, that it’s not any more or less horrible

than any other way to get cancer and die, it’s just the one that hits closest to home for me.

I’ll let it go at that, except to say, that give what you can, but most of all, encourage the women in your lives to get their scheduled mammograms.  I know it hurts.  Yes, I DO KNOW that it hurts because guys can get breast cancer as well and several years ago I had a lump and had to get a mammogram and trust me when I tell you that it hurts a hell of a lot more when there ain’t much there to grab.

Anyway, why don’t we get a move on and …

It’s not really a joking matter.  But, like most everything else we do around here, we laugh to get through it, we laugh instead of crying, we laugh because it pisses the evil ones off.

Trump invited the Pope for lunch on his mega yacht.  The Pope accepted, and during lunch, a puff of wind blew the Pontiff’s hat off, right into the water. It floated off about 50 feet, then the wind died down and it just floated in place.
The crew and the security team were scrambling to launch a boat to go get it, when Trump waved them off, saying he’d get it.

The Donald climbed over the side of the yacht, walked on the water to the hat, picked it up, walked back on the water,climbed onto the yacht, and handed the Pope his hat.

The crew was speechless. The security team and the Pope’s entourage were speechless. No one knew what to say, not even the Pope.

But that afternoon, NBC knew how to cover the story. Their banner headline read,

And that, ladies and gentle campers, is exactly how it is done.

You know, Trump said something incredibly stupid a few years ago, about how women could be treated and were being treated.  It was pretty stupid to be caught on tape talking about it.  And you know, since it was uncovered, I’ll bet I’ve heard it at least 5 times a day, every day.

Now, Hillary has been caught on tape bragging about destroying this little girl of 12 years old and how she got this guy off who she knew was guilty of rape.  She was not only bragging about it, but laughing about how easy it was to paint this littlefffffff to me, equally horific.  Now, how m any times do you thijnk I’ve heard Hillary’s tape? Once or twice a day?  No? ONce or twice a week?  Nope.  How about NEVER!  I’ve only heard it at all because someone sent me aq copy of the

Okay, so this one is soooooo good.  Whoever put it together has perfect timing.

And in a complete and total change of pace, but just as funny, here’s one you’ll really like:

And now for something totally different…this one is for Lethal himself.

So, I do believe, that we’ve seen enough movies for now and it’s time to move on to some of the other stuff we have to offer.

Yes, it’s a bit crass, but it needs to happen.

A wild eyed woman walked into a crowded bar in D. C. waving an unholstered pistol and yelled, “I have a 45 caliber Colt 1911 with a seven round magazine plus one in the chamber and I want to know who’s been sleeping with my husband.”
A voice from the back of the room called out, “You need more ammo Hillary!”

Do you have any idea how hard it is to find a Breast Cancer Awareness Dragon?  They are all SO BUSY!  I did get a chance to snap this picture of one of the original Pink Dragons as she was between visits with breast cancer survivors.

K2 sent me this one.  And before you ask, no I did NOT fact check this to make sure that it was written by a former pastor, K2’s purple uncle, or whether a monkey somewhere banging on a keyboard eventually came up with the following words.  I didn’t check it because it doesn’t matter.  The words are true no matter WHO wrote them.

My friend and one time fellow pastor, Valton

I’ve heard too many say lately that we, the American people have no choice in this November election!
Do you really think that God would leave us

with no choice!
Come on people! Where’s your faith!! He has

In defense of Donald Trump: Try to keep this

in mind, Donald Trump did not steal your money.

Benghazi to be slaughtered and desecrated by Muslims.
Trump did not send the US Navy to fight for

Syrian Al-Qaeda.
Trump did not arm ISIS and systematically

shield in Poland at the behest of Russia.
Trump did not shrivel our military, and

level for eight years.
Trump did not sign a law making it legal to

execute, and imprison Americans.
Trump did not set free all of terrorists in

Guantanamo bay.
Trump did not steal your rights, violate US

Constitutional law, or commit treason, hundreds of times.
Yet Trump is being ripped apart in the news, nonstop.

the criminals occupying our government, are.

The media is the Democratic Party.
Save our culture.
Stop listening to them!

And what a perfect segue that is to… 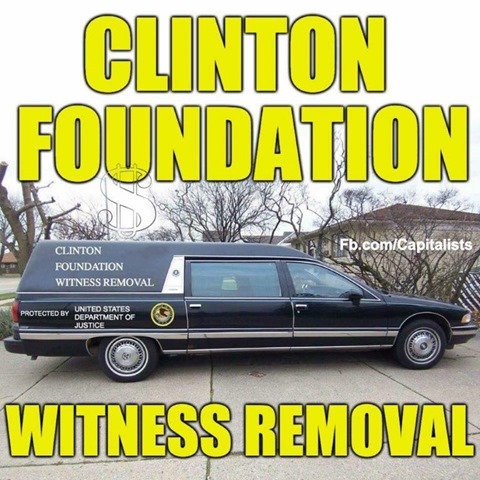 You know we joke about this and joke about it, but why doesn’t someone official (The FBI?) look into people with two shots to the back of their heads supposedly committing suicide?  Come on!  Every person who is getting ready to testify or spill something about the Clintons suddenly dies?  Suicide, mysterious crashes, and on and on.  Makes me sick. 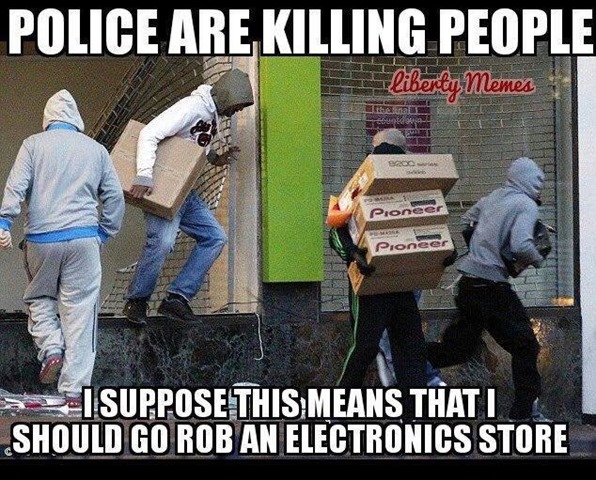 Well, sure!  It makes perfect sense to me. 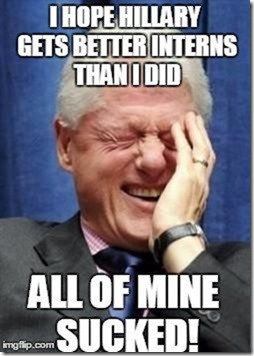 So, if it’s not one lie, it’s a hundred others.  Sometimes I think that woman lies just to lie. 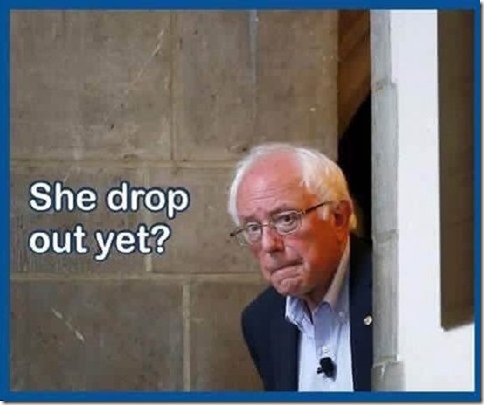 Not yet Bernie, sorry.  And she didn’t drop dead yet, either. 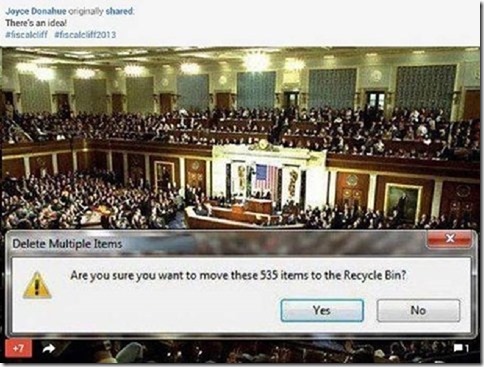 Yup, I have never been more sure of anything in my whole life!

And finally, this ought to put the candle on the cake…

A teacher asks the kids in her 3rd grade class: “What do you want to be when you grow up?”

Little Larry says: “I wanna start out as a fighter pilot, then be a billionaire, go to the most expensive clubs, find me the finest whore, give her a Ferrari worth over a million bucks, an apartment in Copacabana, a mansion in Paris, a jet to travel throughout Europe, an Infinite Visa Card, and all the while banging her like a loose screen door in a hurricane.”

The teacher, shocked and not knowing what to do with this horrible response from little Larry, decides not to acknowledge what he said and simply tries to continue with the lesson. “And how about you, Sarah?”

“I wanna be Larry’s whore.”

Okay, so how many of you remember that cartoon?  I (of course) do, but I’m old.  Who else?

I don’t know…she seems a little narcissistic to me.

Yup, I’ve been in that type of meeting before.

Okay, so the above message just popped up on my computer…is that bad? 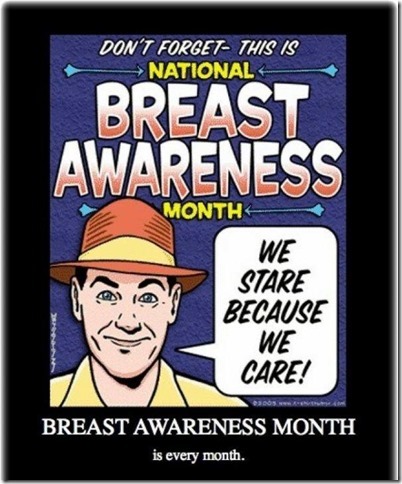 Yes, I know, they don’t have much to do with Breast Cancer Awareness, but at what other time would it be logical for me to show Breast Motivational Posters?

Now to make all the guys out there feel guilty… 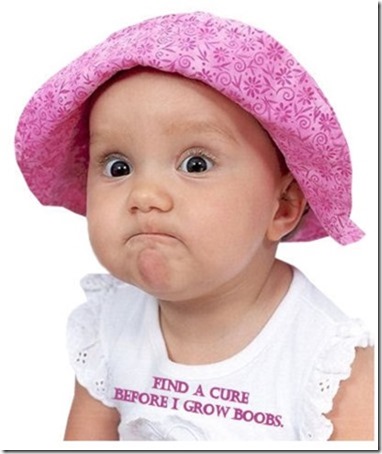 Now, while you are sufficiantly guilty, go to http://breastcancerawareness.com/ and make a donation.
Go ahead.
I’ll wait.
With that cute little girl sitting there staring at you. 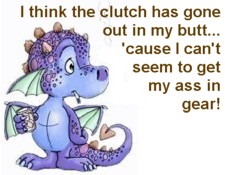 And speaking of getting my ass in gear, it’s about time for me to put this puppy to bed.  But, before we go, This final one is from buddy Wheats.

They’re dumb and psychoquacking
I wish we’d send them packing
They’re altogether lacking,
The Demmi fammmiiiilllllleeee.
Note they are all flipping us the bird….That’s hard to do without a really zippy photoshop program.  I just have an old program from the early 2000’s for scanning photos into my PC that I use.
The people in it are:
obama
pelosi
debbie blabbermouth-schultz
chuck u schumer
reid
kerry
hitlery clintoris

Thanks Wheats and thanks to all of you for bearing with me this week.

Be well, until we meet again.