Posted on March 9, 2016 by lethalleprechaun

Nope no epic snow storm header experiment this week for a couple reasons.

Firstly Impish had an abscessed tooth pulled on Monday and strange its it sounds (and feels to me) I’m extremely sympathetic to the poor guy. In the event it worked I didn’t want him outside gritting his teeth while shoveling and snow blowing. Though some might allege my heart is smaller than the Grinch’s, I still do have one.

Second of all Mother Nature is pitching a wee bit o’ a hissy at me for experimenting with that wee bit o weather control apparently. ‘Tis been raining here at Keebler Towers since late Monday Evening and we’ve rain in our forecast through Saturday in a slowly diminishing chance with Tuesday and today being 100% chance for rain and 50% for violent Thunderstorms!

Hopefully the recent landscaping and drainage upgrades will continue to prove themselves and well have no incidents of patio flooding and wet/or carpet as we’ve had in the past when Mother Nature decided to give me a proper hosing down..

Mean time I need to get back to actual money making work as well as back to next week’s St Padraig’s Day Issue.  I plan on taking the day off and observing as much of a traditional Irish version of the religious commemoration as possible while among you American holiday miscelebrating heathens. So off with ya now, ‘tis later I’ll be catching you with you. 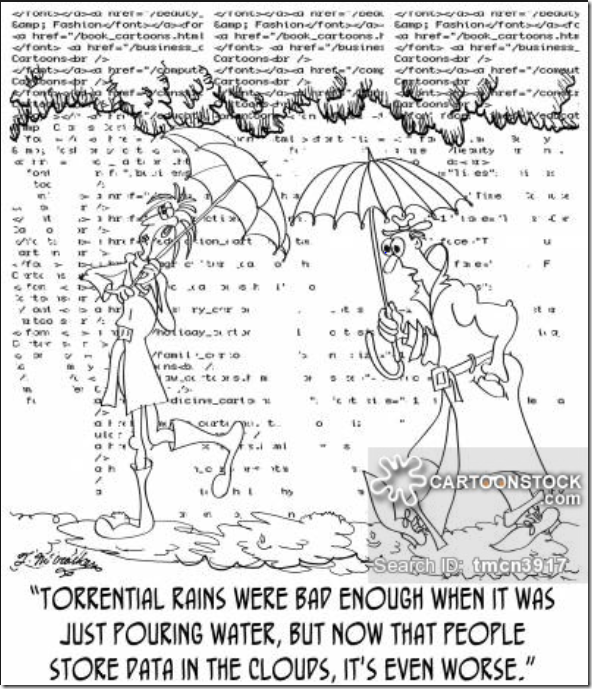 An amazing one dish meal that is cheesy and delicious.  It tastes like nacho dip over noodles and beef and the flavor is amazing.  It is sure to become a family favorite!

Big scams everyone needs to know about 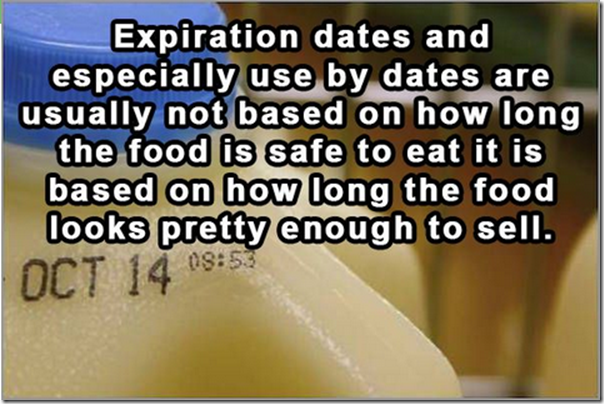 I was recently complaining to Impish about what a PITA its become to fly, with all the security pat downs, carry on checks, etcetera.

He told me he’d developed a system that got him hurried right through both Check In and  Security, plus got him boarded early. Well I threw the BS flag and challenged him to prove it. I swear I’ll never make that mistake again!

Retired Man and the Vacuum Cleaner

Got this one from PaulB. I suspect he sent it because he was able to relate to the guy on some level. 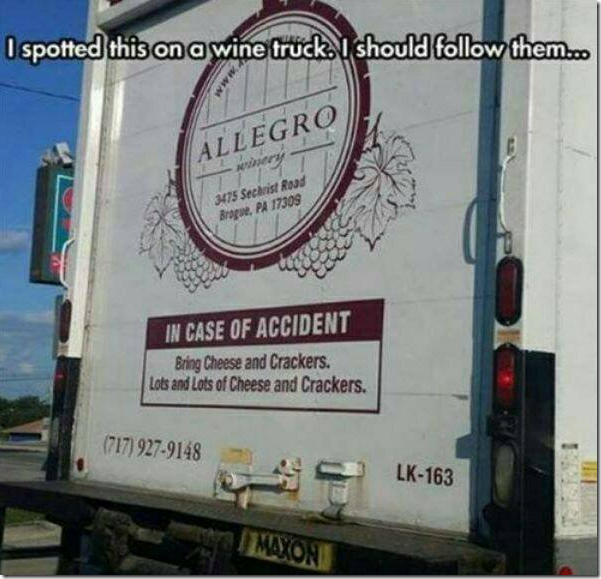 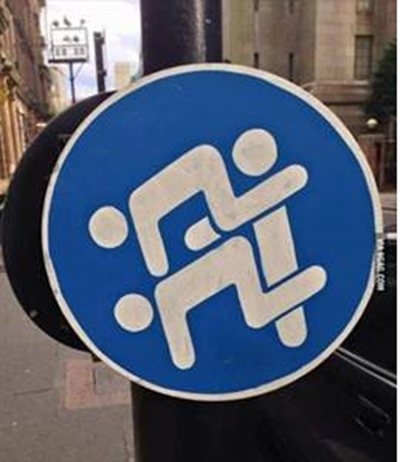 I…um…I’m not sure what I’m supposed to do here… I’m pretty sure they frown on doing what I think it means in public! A few weeks into sixth grade, Colman Chadam had to leave school because of his DNA.

The situation, odd as it may sound, played out like this. Colman has genetic markers for cystic fibrosis, and kids with the inherited lung disease can’t be near each other because they’re vulnerable to contagious infections. Two siblings with cystic fibrosis also attended Colman’s middle school in Palo Alto, California in 2012. So Colman was out, even though he didn’t actually have the disease, according to a lawsuit that his parents filed against the school district. The allegation? Genetic discrimination.

Yes, genetic discrimination. Get used to those two words together, because they’re likely to become a lot more common. With DNA tests now cheap and readily available, the number of people getting tests has gone way up—along with the potential for discrimination based on the results. When Colman’s school tried to transfer him based on his genetic status, the lawsuit alleges, the district violated the Americans With Disabilities Act and Colman’s First Amendment right to privacy. “This is the test case,” says the Chadam’s lawyer, Stephen Jaffe.

When Colman was born in 2000, DNA analysis of newborns was still rare. But he had a congenital heart problem that led to extra tests. That, in turn, led doctors to discover that he carried some genetic markers associated with cystic fibrosis. His markers are no guarantee of a disease though, and Colman never developed any cystic fibrosis. Still, his parents disclosed the information when filling out a medical form to enroll Colman in school.

That information made its way to teachers, who allegedly told the parents of the two other students with cystic fibrosis during a parent-teacher conference. Those parents allegedly demanded the Chadams remove their son from school. Eventually the the school district allowed Colman to return after missing a couple weeks.

The Chadams have since moved away from Palo Alto—but the wheels of the legal system are still turning. When the family first sued the school district in 2013, a district court dismissed the case. The Chadams appeal the dismissal to the federal Ninth Circuit court in January. The Departments of Justice and Education have also written a brief in support of the Chadam’s case, which suggests the federal government has taken an interest in the case and its outcome.

A Railroad Company and Carpal Tunnel

To experts in genetics law, four letters are conspicuously missing from the legal wrangling: GINA, or the federal Genetic Information Nondiscrimination Act of 2008. GINA bars genetic discrimination in just two cases: employment or health insurance. That obviously doesn’t include getting education and housing and plenty of other situation where discrimination might happen. “This case is an useful reminder about the limitations of the federal statute,” says Jennifer Wagner, a lawyer and contributing editor to Genomics Law Report. That’s why the Chadam’s case does not rest on GINA but the ADA, where its application to genetic discrimination is untested.

There is, however, a one example of how the ADA and genetic information intersect. Back in 2001—before GINA passed—the railroad company Burlington Northern Santa Fe was looking for genetic markers for carpal tunnel syndrome in its workers who filed for worker’s comp. (The workers claimed their carpal tunnel syndrome came from operating BNSF machinery; the company was clearly looking for another excuse.)

The US Equal Employment Opportunity Commission filed suit on behalf of the workers, and they eventually reached a settlement in 2002. The workers got $2.2 million—but because the suit ended in a settlement rather than a court decision, it did not establish a legal precedent for the ADA covering discrimination based on genes. The outcome in Chadam’s case could, if a trial goes forward, spell out exactly who gets to access genetic information and what decisions can be made based on it.

In the fifteen years since Colman got a DNA test as a baby, tests have only gotten cheaper and more popular. You have 23andMe’s $199 spit test, of course, but also the National Institutes of Health pumping $25 million into baby sequencing studies. “As we do more screening earlier and earlier in life, there’s potential for misuse of information in ways that are harmful, that could potentially discourage parents from seeking genetic testing even if it’s medically indicated,” says Michelle Lewis, a pediatrician, attorney, and research scholar at the Johns Hopkins Berman Institute of Bioethics. The genetic discrimination future is here. 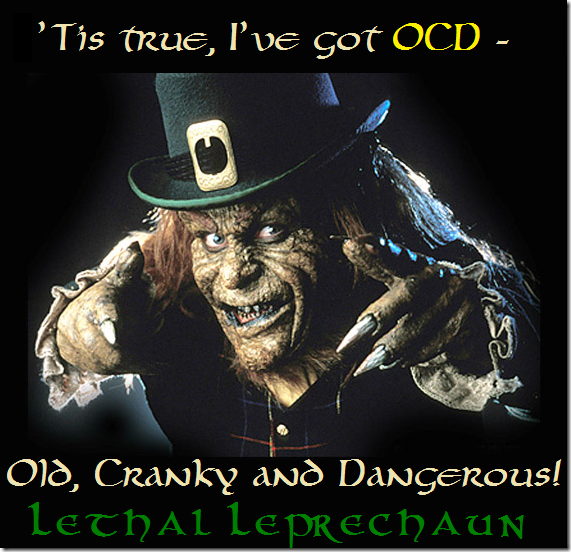