It’s been an amazingly busy week!  And to top it off, the rest of the shop went out of town on Friday and won’t be back until next Friday AND I’m working this weekend.  So, Long story short, I NEED TO LAUGH!!!

This is an interesting article:

Back in the day when America was in the “Big War” WWII, these planes were flown by young boys. Politically correct was go to war to break things and kill the enemy. Apparently no one worried about nose art on the bombers.

At the bottom after the pictures there are amazing stats re the Army Air Corps in WWII. This is the important part of the email…

Probably would not be allowed to leave the ground today As someone who still works with the “Big Jets” that still have nose art or ladder door art or any other kind of art I can tell you for SURE that these would not be allowed today.  Because, “my God, what would the ‘PUBLIC’ think?!”  My answer to that is, “Who gives a damn what the public thinks?”  Until that “PUBLIC” goes into harms way, they don’t deserve an opinion.  If you ask any active military or veteran and I’m 100% positive that a large majority would see absolutely nothing wrong with it.  Although I believe the females may have different art in mind.  (Even though the last hour of searching didn’t reveal any.)

She’s such a nice Irish Lass…. 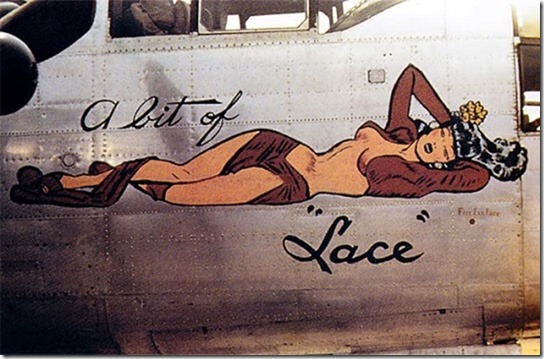 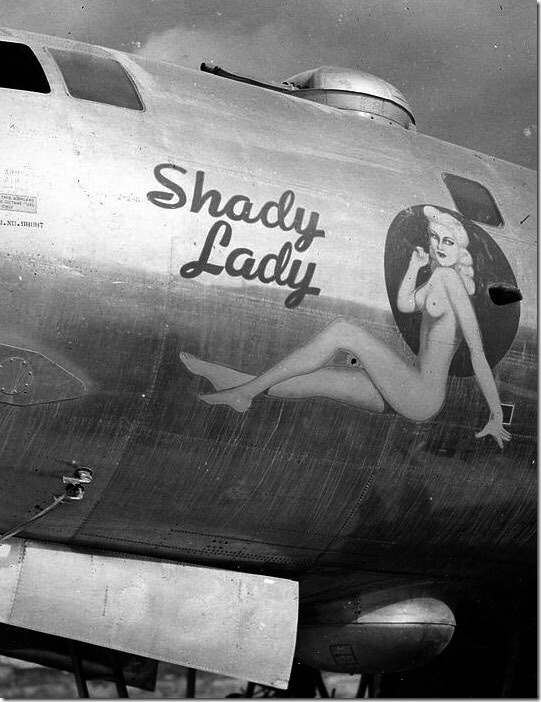 Again, aren’t they all? 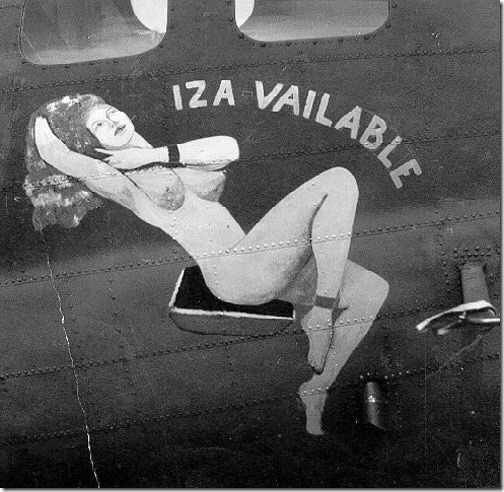 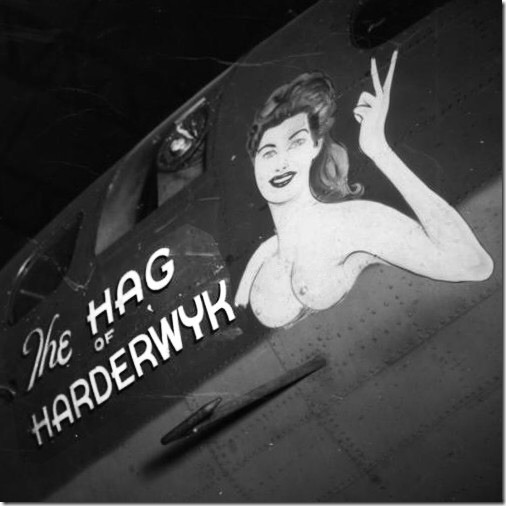 If that is a picture of one of the Hags, I’m gonna have to visit this Harderwyk place

Why would anyone bail out? 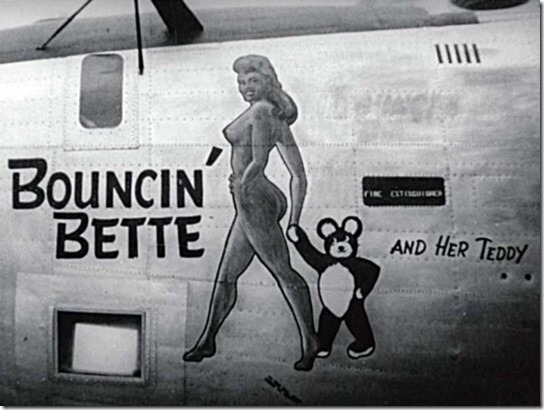 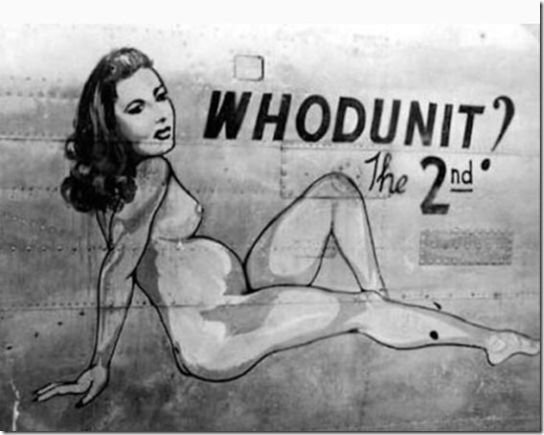 Well, I gave up on silly comments about half way through, so let’s just press on with the rest of the article.

Almost 1,000  Army planes disappeared en route from the US to foreign locations.  But an  eye-watering 43,581 aircraft were lost overseas including 22,948 on combat missions (18,418 against the Western Axis) and 20,633 attributed to non-combat  causes overseas.

In a single 376  plane raid in August 1943, 60 B-17s were shot down That was a 16 percent loss  rate and meant 600 empty bunks in England .  In 1942-43 it was  statistically impossible for bomber crews to complete a 25-mission tour in  Europe .
Pacific theatre  losses were far less (4,530 in combat) owing to smaller forces  committed..  The worst B-29 mission, against Tokyo on May 25, 1945, cost  26 Superfortresses, 5.6 percent of the 464 dispatched from the Marianas..
On average, 6,600 American servicemen died per month during WWII, about 220 a  day. By the end of the war, over 40,000 airmen were killed in combat theatres and another 18,000 wounded.  Some 12,000 missing men were declared dead, including a number “liberated” by the Soviets but never returned.  More  than 41,000 were captured, half of the 5,400 held by the Japanese died in  captivity, compared with one-tenth in German hands.   Total combat casualties were pegged at 121,867.
US manpower made up the deficit.  The AAF’s peak strength was reached in 1944 with  2,372,000 personnel, nearly twice the previous year’s figure.
The losses were huge—but so were production totals.  From 1941 through 1945, American  industry delivered more than 276,000 military aircraft. That number was enough not only for US Army, Navy and Marine Corps, but for allies as diverse as Britain, Australia, China and Russia.  In fact, from 1943 onward, America produced more planes than Britain and Russia combined  And more than Germany and Japan together 1941-45.
However, our  enemies took massive losses.  Through much of 1944, the Luftwaffe sustained uncontrolled hemorrhaging, reaching 25 percent of aircrews and 40  planes a month. And in late 1944 into 1945, nearly half the pilots in  Japanese squadrons had flown fewer than 200 hours.  The disparity of two years before had been completely reversed.

Experience  Level:
Uncle Sam sent  many of his sons to war with absolute minimums of training. Some fighter pilots entered combat in 1942 with less than one hour in their assigned  aircraft.
The 357th  Fighter Group (often known as The Yoxford Boys) went to England in late 1943 having trained on P-39s.   The group never saw a Mustang until shortly before its first combat mission.
A high-time P-51 pilot had 30 hours in type.  Many had fewer than five hours.  Some had one hour.
With arrival of new aircraft, many combat units transitioned in combat.  The attitude was, “They all have a stick and a throttle.  Go fly “em.” When the famed 4th Fighter Group converted from P-47s to P-51s in February 1944, there was no time to stand down for an orderly transition.
The Group commander, Col. Donald Blakeslee, said, “You can learn to fly `51s on the way to the target.
A future P-47 ace said, “I was sent to England to die.”  He was not alone.
Some fighter pilots tucked their wheels in the well on their first combat mission with one previous flight in the aircraft.  Meanwhile, many bomber crews were still learning their trade:  of Jimmy Doolittle’s 15 pilots on the April 1942 Tokyo raid, only five had won their wings before 1941.
All but one of the 16 copilots were less than a year out of flight school..
In WWII flying safety took a back seat to combat.  The AAF’s worst accident rate was recorded by the A-36 Invader version of the P-51: a staggering 274 accidents  per 100,000 flying hours.
Next worst were the P-39 at 245, the  P-40 at 188, and the P-38 at 139.  All were Allison powered
Bomber wrecks were fewer but more expensive.  The B-17 and B-24 averaged 30 and 35 accidents per 100,000 flight hours, respectively– a horrific figure considering that from 1980 to 2000 the Air Force’s major mishap rate was less than 2.
The B-29 was even worse at 40; the world’s most sophisticated, most capable and most  expensive bomber was too urgently needed to stand down for mere safety reasons.. The AAF set a reasonably high standard for B-29 pilots, but the desired figures were seldom attained.
The original cadre of the 58th Bomb Wing was to have 400 hours of multi-engine time, but  there were not enough experienced pilots to meet the criterion.  Only ten percent had overseas experience.  Conversely, when a $2.1 billion B-2  crashed in 2008, the Air Force initiated a two-month “safety pause” rather than declare a “stand down”, let alone grounding.
The B-29 was no better for maintenance. Though the R3350 was known as a complicated,  troublesome power-plant, no more than half the mechanics had previous experience with the Duplex Cyclone.   But they made it work.

Navigators:
Perhaps the greatest unsung success story of AAF training was Navigators.
The Army graduated some 50,000 during the War.  And many had never flown out of sight of land before leaving “Uncle Sugar” for a war zone.  Yet the huge majority found their way across oceans and continents without getting lost or running out of fuel — a stirring tribute to the AAF’s educational establishments.

Cadet To Colonel:
It was possible for a flying cadet at the time of Pearl Harbor to finish the war with eagles on his shoulders.  That was the record of John D Landers, a 21-year-old Texan, who was commissioned a second lieutenant on December 12, 1941.  He joined his combat squadron with 209 hours total flight time, including 2 in P-40s.  He finished the war as a full colonel, commanding an 8th Air Force Group — at age 24.
As the training pipeline filled up, however those low figures became exceptions.
By early 1944, the average AAF fighter pilot entering combat had logged at least 450 hours, usually including 250 hours in training.  At the same time, many captains  and first lieutenants claimed over 600 hours.

IN  SUMMATION:
Whether there will ever be another war like that experienced in 1940-45 is doubtful, as fighters and bombers have given way to helicopters and remotely-controlled drones over Afghanistan and Iraq .  But within living memory, men left the earth in 1,000-plane formations and fought major battles five miles high,  leaving a legacy that remains timeless. 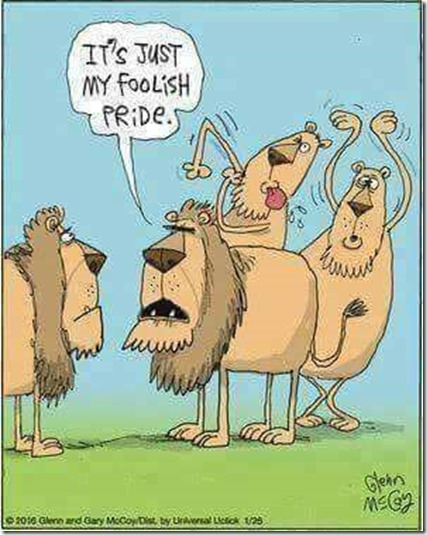 “Do you enjoy it?” the doctor asked.

“Actually, yes I do,” she answered. 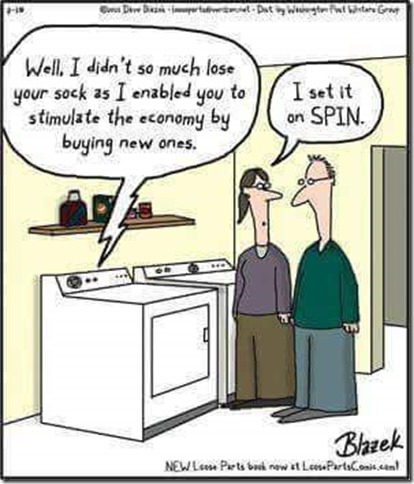 A weasel walks into a bar.

The bartender looks up and says, “Wow! In all my years tending bar, I’ve never had a weasel stop by.  What can I get you?”

Women, if you want to strike a bit of fear into your man, just smile really big and ask him, “Notice anything different?” 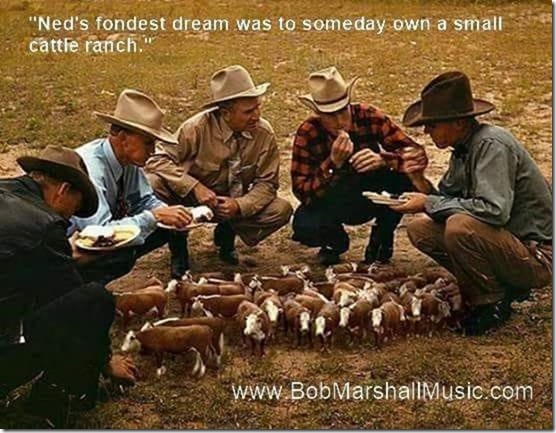 A lady walked into a pharmacy and spoke to the pharmacist.

She asked, “Do you have Viagra?”

“Can you get it over the counter?” she asked.

You know, there are so many scams on the internet now-a-days.  I’ll tell you what, as a friend, send me $19.95 and I’ll tell you how to avoid them. 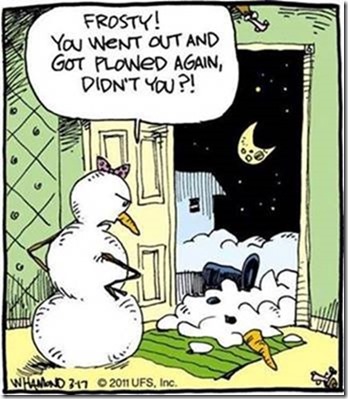 So, one way to find out if you are old or not is to fall down in front of a lot of people.  If they laugh, you’re still young.  If they panic and start running toward you to help, you’re old. 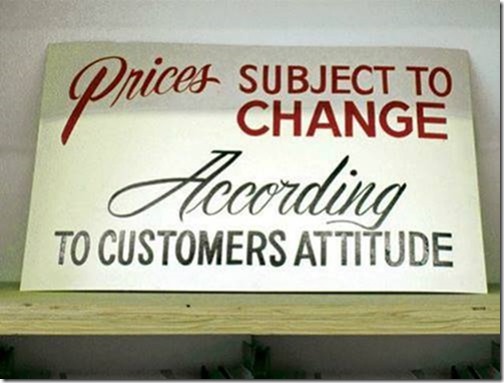 My missus is pissed off with me again.

Last night, while she was fast asleep, I gently removed her tampax and replaced it with a party popper leaving the string hanging out.

That woman’s got no fucking sense of humor at all!

‘I’ll tell you one thing, if things keep going the way they are, it’s going to be impossible to buy a week’s groceries for $10.00.‘

‘If cigarettes keep going up in price, I’m going to quit; 20 cents A pack is ridiculous.‘

‘Did you hear the post office is thinking about charging 7 cents Just to mail a letter.’

‘If they raise the minimum wage to $1.00, nobody will be able to Hire outside help at the store.’

‘When I first started driving, who would have thought gas would Someday cost 25 cents a gallon.  Guess we’d be better off leaving the car in the garage.’

‘I’m afraid to send my kids to the movies any more. Ever since they Let Clark Gable get by with saying DAMN in ‘GONE WITH THE WIND’, It seems every new movie has either HELL or DAMN in it.’

‘I read the other day where some scientist thinks it’s possible to put A man on the moon by the end of the century. They even have some Fellows they call astronauts preparing for it down in Texas.’

‘Did you see where some baseball player just signed a contract for $50,000 a year just to play ball? It wouldn’t surprise me if someday they’ll be making more than the President. ‘

‘It’s too bad things are so tough nowadays. I see where a few Married women are having to work to make ends meet.‘

‘It won’t be long before young couples are going to have to hire Someone to watch their kids so they can both work.’

‘Thank goodness I won’t live to see the day when the Government Takes half our income in taxes. I sometimes wonder if we are Electing the best people to government.’

‘The drive-in restaurant is convenient in nice weather, But I seriously doubt they will ever catch on.’

‘There is no sense going on short trips anymore for a weekend. It Costs nearly $2.00 a night to stay in a hotel.’

If they think I’ll pay 30 cents for a haircut, forget it.’

When It Comes to Sex

– Accountants do it with Double Entry.
– Bankers do it with interest.
– Bartenders do it ‘on the Rocks’ — except when done ‘neat..’
– Bookkeepers do it for the record.
– Chess players check their Mates.
– Do it with bankers, but most of them are tellers.
– Engineers do it to specifications and a first-order approximation.
– Gardeners do it in the bushes, but keep things trimmed for it.
– Golfers do it in 18 holes.
– Housewives do it almost daily, then weekly, then monthly, and finish up annually — a birthday present for her hubby!
– Journalists do it for Times.
– Laborers do it for time-and-a-half, after working hours, but before clocking out.

And dragons do it with fire!  And baby, it’s hot!

And with that, that’s it.  I hope and pray you are all having a much better week than I am. Cheers!