As with many of you, we’re getting snow this Sunday evening…well, it’s actually almost Monday.  Thankfully, I have Monday off thanks to Martin Luther King, Jr., so I was outside just a few minutes ago with my puppies.  This is what it is like: 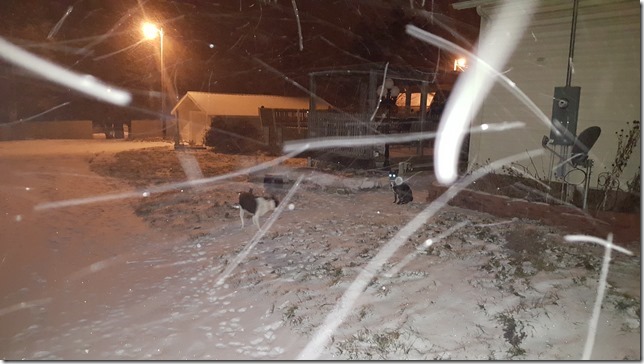 Okay, so you can’t really see my girls very well, so, here’s Baileigh, she’ll be 11-years-old in March: 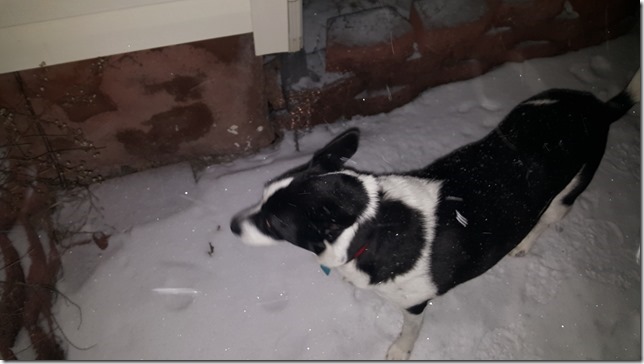 And this is Pepper.  She’s about 2-years-old: 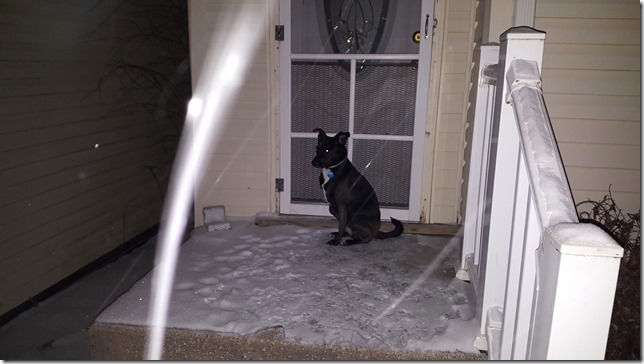 And she’s a big baby.  Can’t wait to get back in the house where it’s warm. 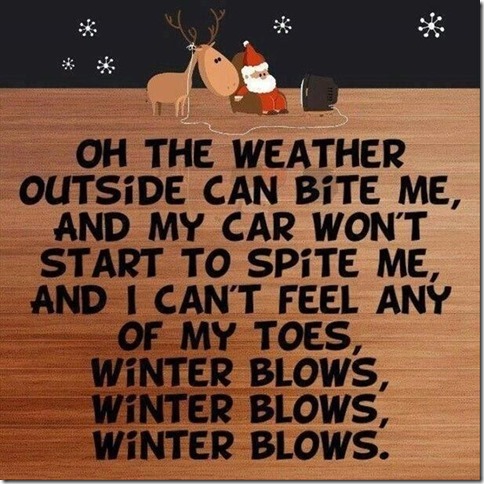 Yeah, it’s cold…according to Weather Bug, at midnight on Sunday night it’s 17°F and feels like 7°. 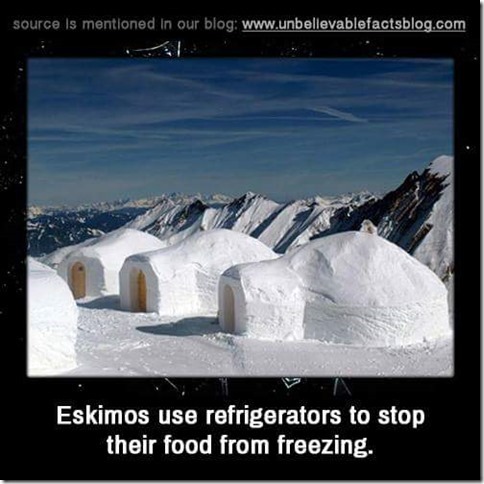 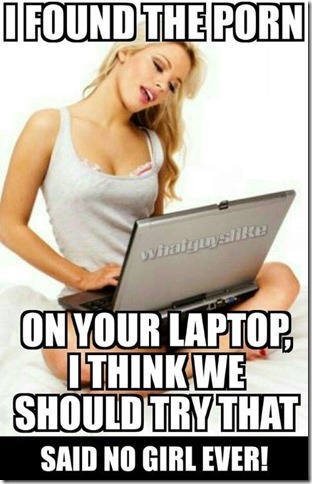 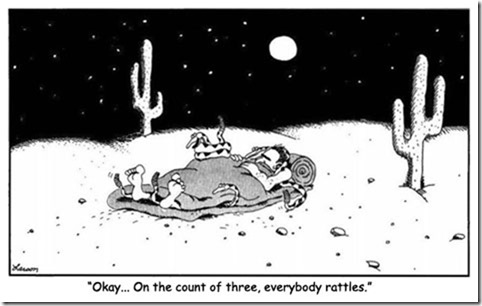 I saw a very interesting video … a gatesnotes video by Bill Gates and thought it would be perfect to try my hand at making an infogram.  And here it is!

So meh!  I put several hours work into it and all I would give it would be a C+ or a B-. 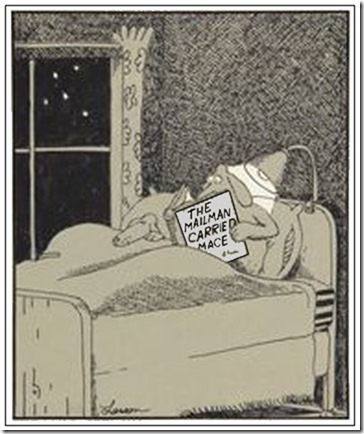 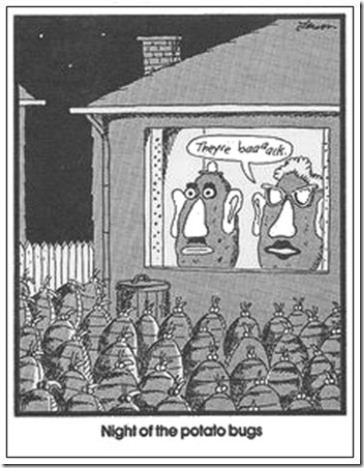 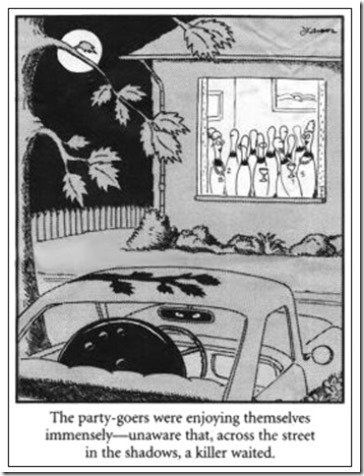 On the phone with a golf buddy who has asked him to play, a guy says: “I am the master of my home and can play golf whenever I want. But hold on a minute while I find out if I want to.”

The brain is a most amazing organ.  It works 24 hours a day, 365 days a year from the moment of your birth until you fall in love. 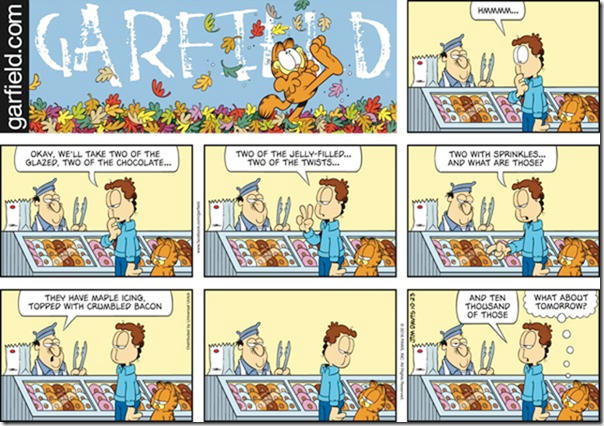 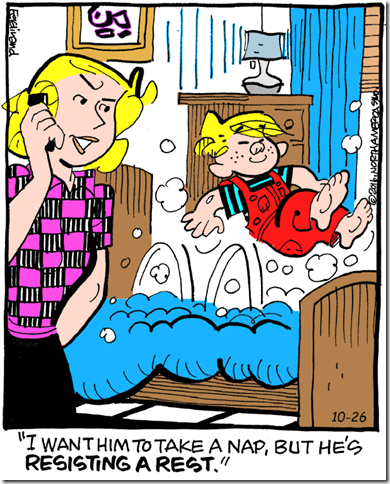 Every woman’s dream…
Her ideal man takes her in his arms, throws her on the bed…
and cleans the whole house while she sleeps. 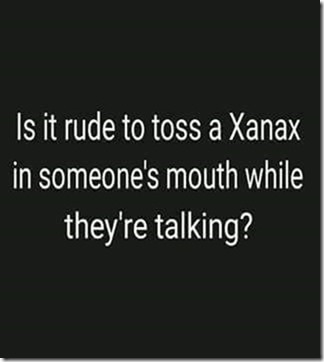 A man went into a restaurant and sat his six children at a table.  A woman asked, “Are all of those children yours?”
He replied, “No, I work for a condom company…these are customer complaints.”

This next bunch are all from my good buddy Wheats.  He has a real talent. 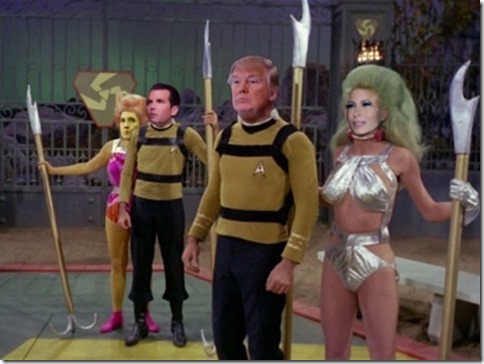 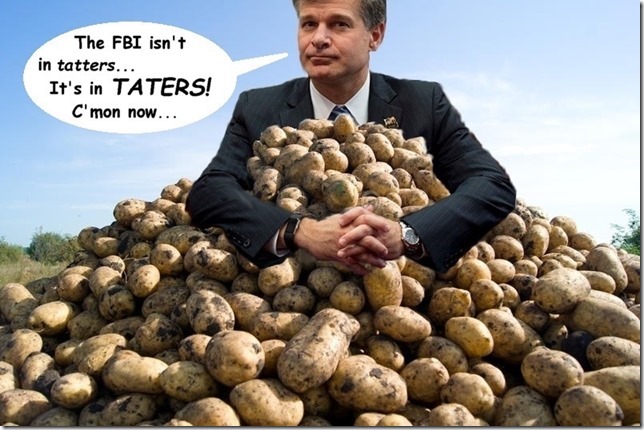 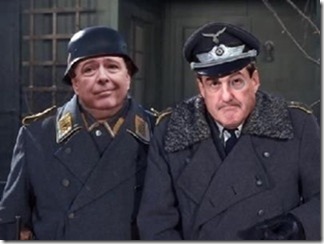 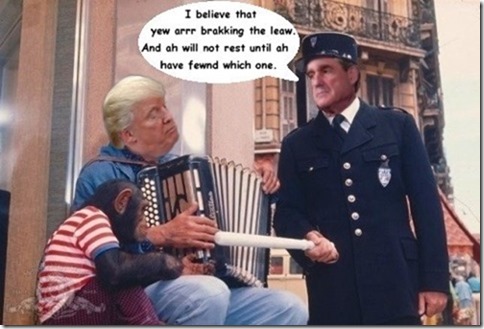 I don’t like to think before I speak…
I like to be just as surprised as everyone else about what I say. 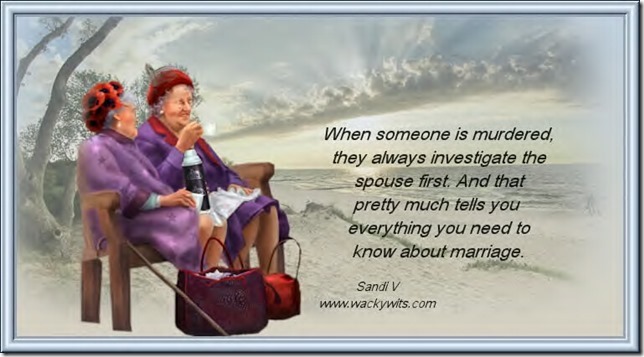 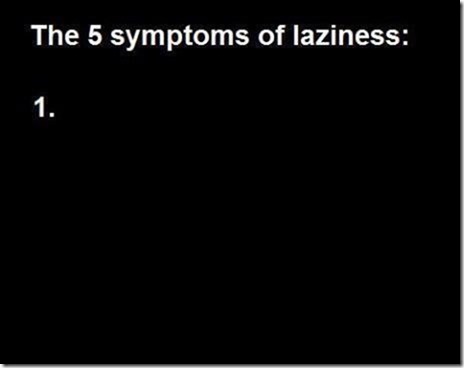 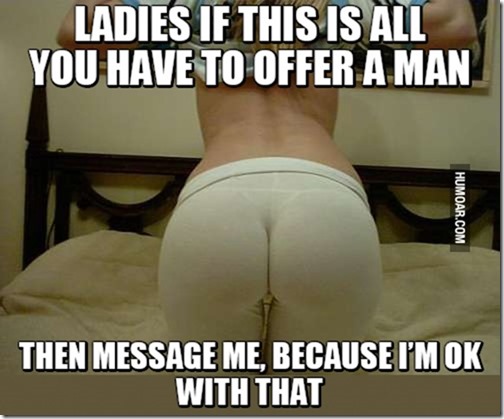 The IRS suspected a fishing boat owner wasn’t paying proper wages to his Deckhand and sent an agent to investigate him.

IRS  AUDITOR: “I need a list of your employees and how much you pay them”.

Boat  Owner: “Well, there’s Clarence, my deckhand, he’s been with me for 3 years. I pay him $1,000 a week plus free room and board.  Then there’s the mentally challenged guy. He works about 18 hours every day and does about 90% of the work around here. He makes about $10 per week, pays his own room and board, and I buy him a bottle of Bacardi rum and a dozen Budweiser’s every Saturday night so he can cope with life. He also gets to sleep with my wife occasionally”.

IRS  AUDITOR: “That’s the guy I want to talk to – the mentally challenged one”.

Boat  Owner: “That would be me. What would you like to know”? 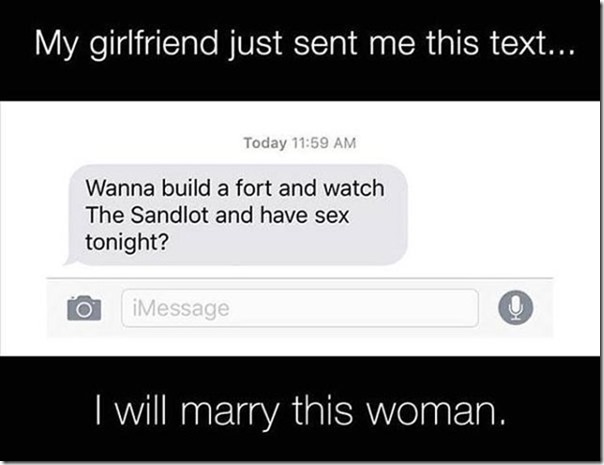 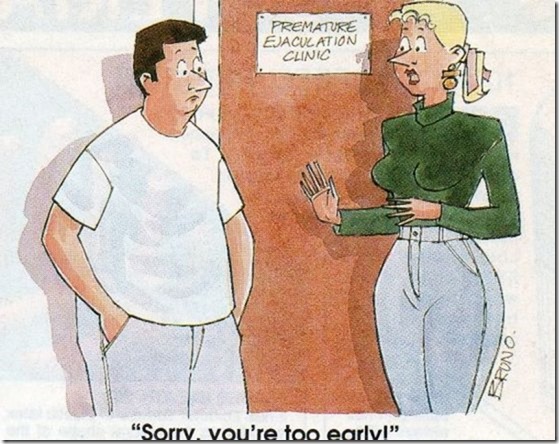 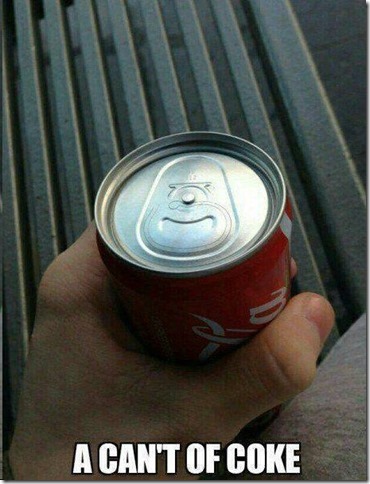 This is a deceptively simple philosophy that a friend has been working on and refining for most of his life.  I believe he has refined it down to its essence — sufficiently to share it with a select few friends that may appreciate its elegance and simplicity. 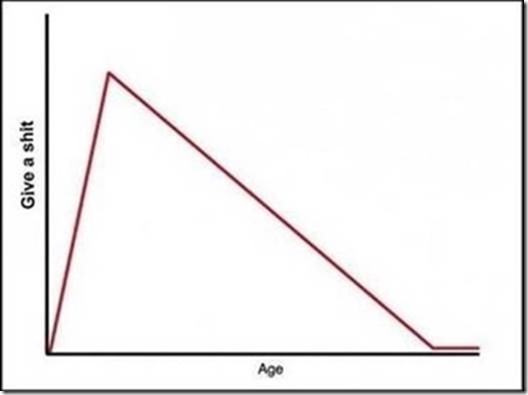 Do you ever wake up, kiss the person sleeping beside you, and feel glad that you are alive?
Well, I just did and apparently will not be allowed on this airline again… 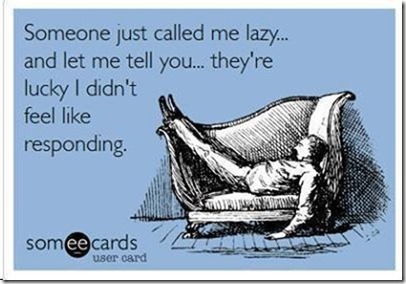 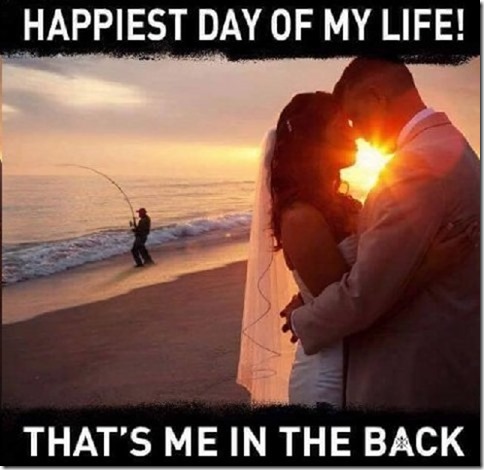 An Oldie, but Goodie.

A nun walks into Mother Superior’s office and plunks down into a chair.  She let’s out a sigh heavy with frustration.

“What troubles you, Sister?” asked the Mother Superior.  “I thought this was the day you spent with your family.”

“It was,” sighed the Sister.  “And I went to play golf with my brother.  We try to play golf as often as we can.  You know, I was quite a talented golfer before I devoted my life to Christ.”

“I seem to recall that,” the Mother Superior agreed.  “So I take it your day of recreation was not relaxing?”

“Far from it,” snorted the Sister.  “In fact, I even took the Lord’s name in vain today!”

“Goodness, Sister!” gasped the Mother Superior, astonished.  “You must tell me all about it!”

“Well, we were on the fifth tee…and this hole is a monster, Mother – 540 yard Par 5, with a nasty dogleg right and a hidden green…and I hit the drive of my life.  I creamed it.  The sweetest swing I ever made.  And it’s flying straight and true, right along the line I wanted…and it hits a bird in mid-flight!”

“Oh my!” commiserated the Mother.  “How unfortunate!  But surely that didn’t make you blaspheme, Sister!”

“No, that wasn’t it,” admitted Sister.  “While I was still trying to fathom what hade happened, this squirrel runs out of the woods, grabs my ball and runs off down the fairway!”

“Oh, that would have made me blaspheme!”sympathized the Mother.

“But, I didn’t, Mother!” sobbed the Sister.  “And I was so proud of myself!  And while I was pondering whether this was a sign from God, this hawk swoops out of the sky and grabs the squirrel and flies off, with my ball still clutched in his paws!”

“So, that’s when you cursed,” said the Mother with a knowing smile.

“Nope, that wasn’t it either,” cried the Sister, anguished, “because as the hawk started to fly out of sight, the squirrel started struggling, and the hawk dropped him right there on the green, and the ball popped out of his paws and rolled to about 18inches from the cup!”

Mother Superior sat back in her chair, folded her arms across her chest, fixed the Sister with a baleful stare and said, “You missed the fucking putt, didn’t you?” 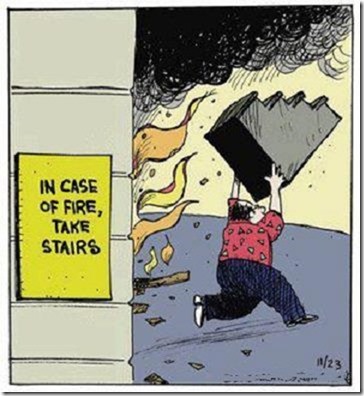 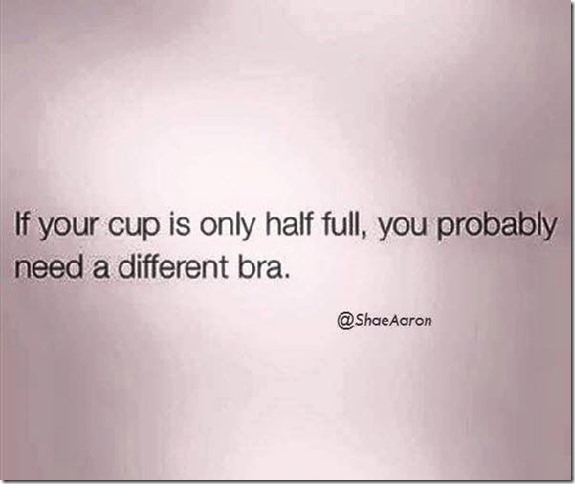 And that’s it for today my friends.  Be well, until we meet again.