Posted on January 7, 2017 by impishdragon 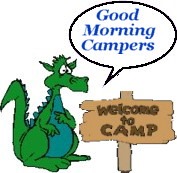 Remember when your mom used to say, “I’ll knock you into the middle of next week!”  Time travel at its greatest!  But seriously, if she could do that say, on a Wednesday, then you could land on Saturday and pass by the worst part of the week.  You know, even better, if mom’s got a really good right hook, she could hit you on Tuesday and knock you to Friday night (you might have to tweek the times a little) thereby avoiding almost the entire week!

As an extra note: At 1100 hrs., CST, Mr. Lethal Leprechaun set condition “Fuckitall” and set the expiration as 1200 hrs. on Saturday.  It is fortunate that this issue was all but finished, so all I had to do was give you this little update and send it to the printers.  There are several “conditions” that can be set, here at DL/LL, but “Fuckitall” has very special connotations and NOT to be broken lightly.  Therefore, with no further ado, …

Before you return from your overseas trip, I just want to let you know about the small accident I had with the Ford F-150 when I turned into the driveway.

Fortunately it was not too bad and I really didn’t get hurt, so please don’t worry too much about me.

I was coming home and when I turned into the driveway I accidentally pushed down on the accelerator instead of the brake, while I was talking on my cell phone.

The garage door is slightly bent but the Ford F-150 fortunately came to a halt when it bumped into your Ferrari.

It missed our bikes.

I am really sorry, but I  know with your kind hearted personality, you will forgive me. You  know how much I love you and care for you, my sweetheart.

I am enclosing a picture for you.

*P.S:  Your girlfriend phoned – she is pregnant.* 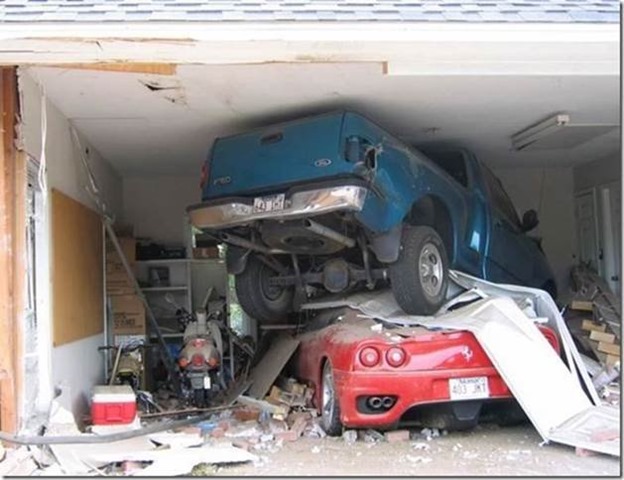 Never, ever let your girlfriend call your wife.

Taking great pains to be specific, the new auto-shop teacher on our staff explained to three of his students that he wanted them to clean a car that was parked outside.
He gave them two extension cords, the vacuum cleaner, a bucket, rags and the car keys.
Later he went out and discovered them sitting in the car, feet up on the dashboard, listening to the stereo. “Why aren’t you vacuuming the car?” he asked.
“Because the extension cord wouldn’t reach,” was the reply.
Exasperated, the teacher stated, “That’s why I gave you TWO extension cords.”
“We tried the other one,” a student answered, “but it wouldn’t reach either.”

A guy starts talking to two women in a bar. To his surprise, they are Siamese twins. One thing leads to another, and they wind up back at his apartment.

He makes love to one, and then starts to work on the other. He realizes that the first one might get bored watching, so he her asks what she’d like to do.

She says, “Is that a trombone in the corner? I’d love to play your trombone.”

So she plays it while he makes hot passionate love to her sister.

A few weeks later, the girls are walking past the guy’s apartment building. One of the girls says, “Let’s stop up and see that guy.”

The other girl says, “Gee, do you think he’ 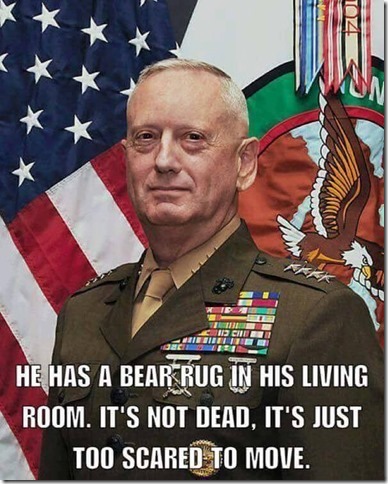 Because it was a special New Year’s issue last week, we didn’t get any Dragon Pix, or Fantasy Pix and some of the other normal features you’ve all grown to love.  Or, at least, not hate so much.  So back by popular demand… 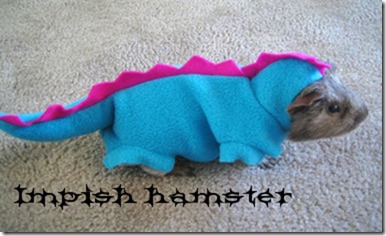 Okay, who snuck this one in the queue????

This first video is so adorably cute, it just had to be put in here.

The second video is just a cool idea.  I can’t imagine why we never tried this before!

Thanks to Paul for sending this next one.  It is really, really amazing.  You only usually hear about the major earthquakes that strike populated areas, but you have NO idea how many quakes actually occur each year.  Watch this video and understand that as quakes occur there is a flash, the larger the quake the bigger the flash.  The rim of the Pacific Ocean is called the “Ring of Fire” for a reason.  Make sure you go full screen and note the dates changing in the lower left corner.  This is ONLY the first 15 years of the 21st Century. 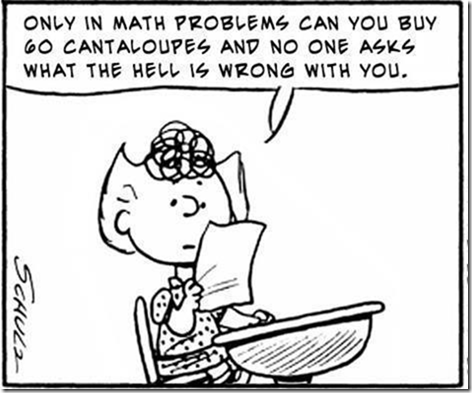 Yes, the New Year means something else….something we really aren’t happy to do.  May we all handle it as well as this next guy…

I know quite a few people who would only be outstanding by this method. 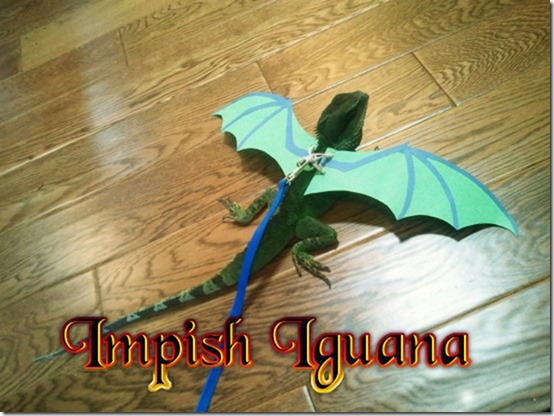 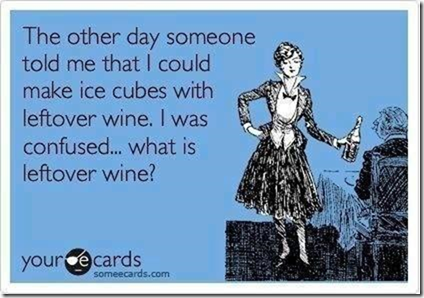 Good question.  It falls into the same category as leftover beer and leftover alcohol. 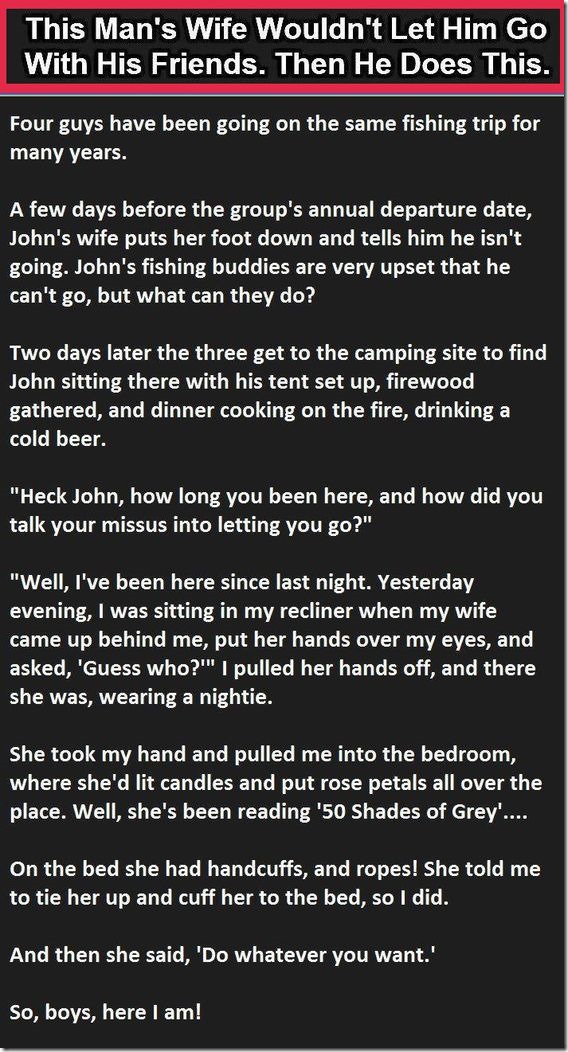 The afterward to this story is that currently, he’s due to get out of the hospital next week. 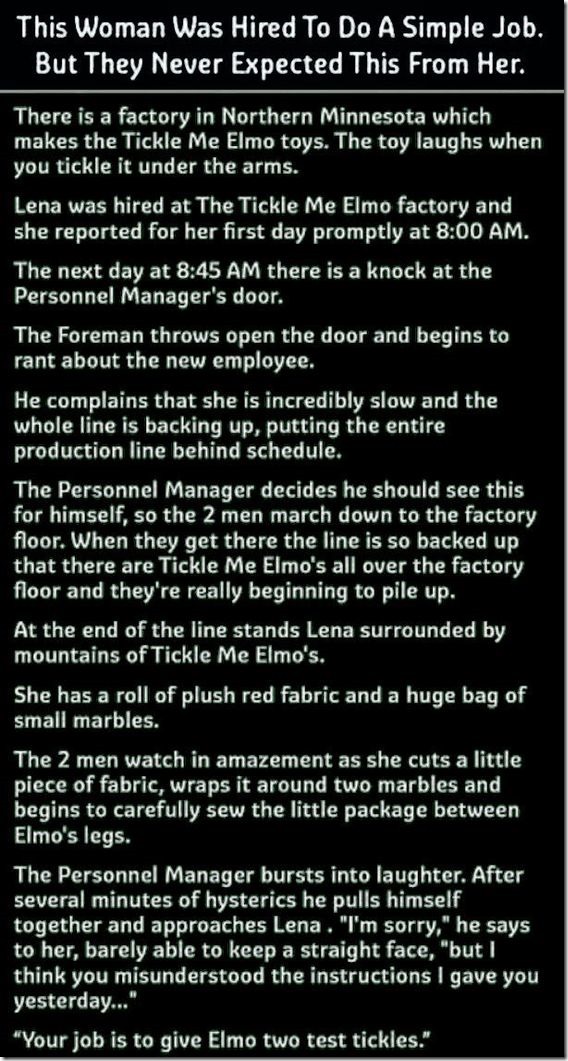 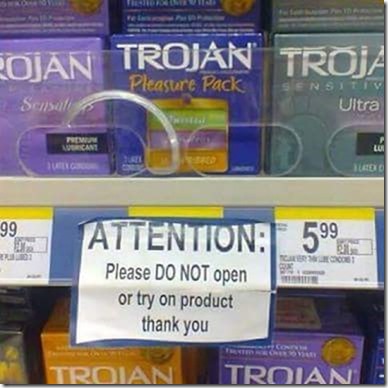 If this sign is really necessary, then I don’t want to use these facilities anyway.

Now, this guy, on the other-hand, won’t get out of the hospital until sometime in February.  If he even recovers.

That is wrong on so many levels.  If the Christian Science Church in Dixon, IL is really made that way, then the architect should be shot!

To the warriors, past and present, I salute you. 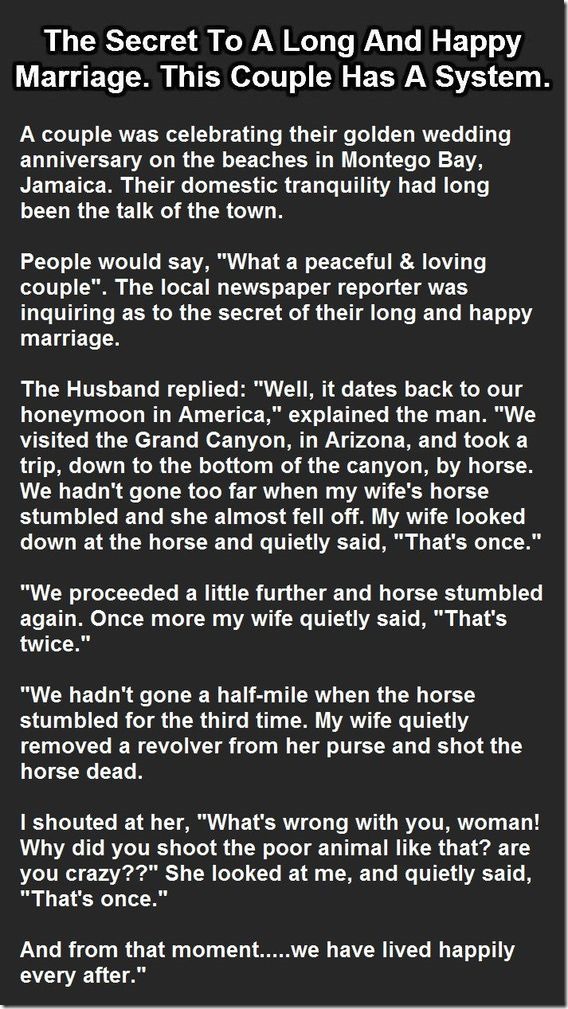 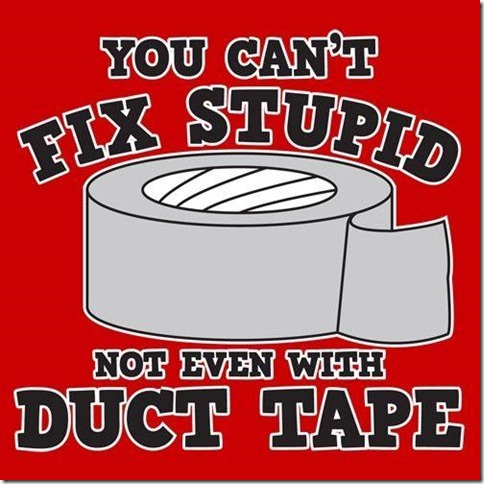 With Inauguration Day less than two-weeks away, I’ve got to get a bunch of these in before we have different clowns to poke fun at.

Well, the 2 Republicans and a Truck guys may have their hands full.

Damn, Donald!  A little single minded are we?

Retirement looks good on them.

He seems to have been quite successful in his last couple of goals for office.  I think (I hope?) that Putin has seen through his bullshit and has put everything on hold until after the presidency changes hands.  The LAST I heard, instead of kicking out American Diplomats from Russia, he invited all the Diplomat families to a big Christmas party.  And I’ll bet that just infuriated old Barry.

But, you want to scare the shit out of yourself, read a book called, Liberty’s Last Stand by Stephen Coonts.  Lethal recommended it to me (we share a lot of books back and forth and I am his B.B., after all) and I’m only part way through it, but the parallels to what’s going on right now is terrifying.  Good read.  Great author, I’ve read pretty much all of his stuff. 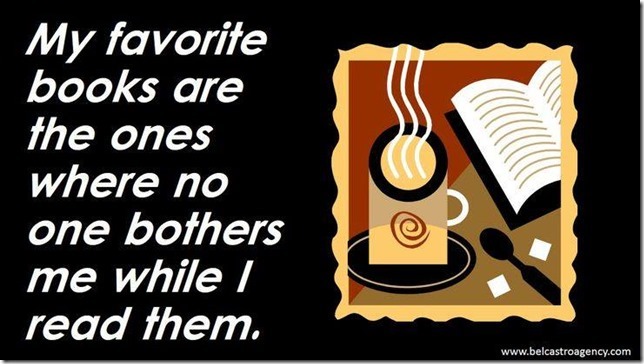 Ain’t that the truth!  It’s amazingly difficult to find time to read.

ICE IS REALLY, REALLY BAD FOR YOU!  Warn all your friends! 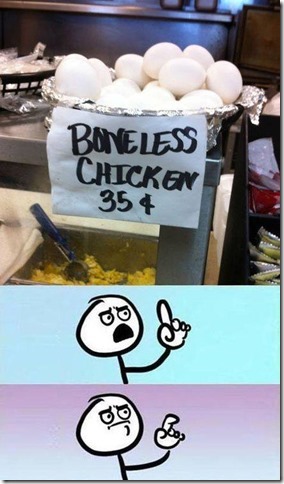 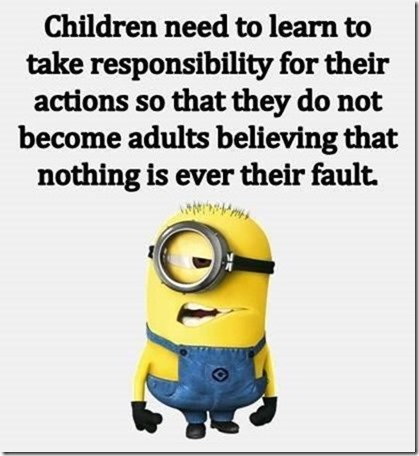 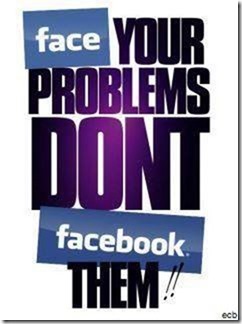 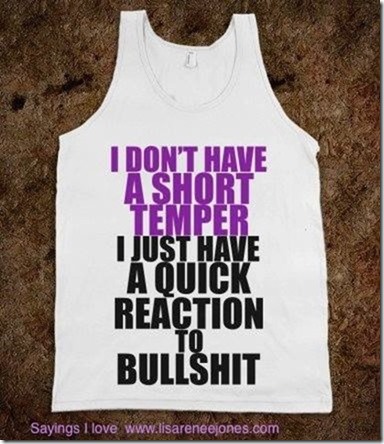 And after all that….

You should know by now that we here at DL&LL Multimedia Enterprises have always had your best interests at heart.  And when it comes to telling you something we think you should know about, we try to do it with grace and class.  That’s why today’s last word is a…

Okay, so this one is for real.  For any of you out there with teens – kids or grandkids – living with you are visiting a lot, you need to really pay attention to this. 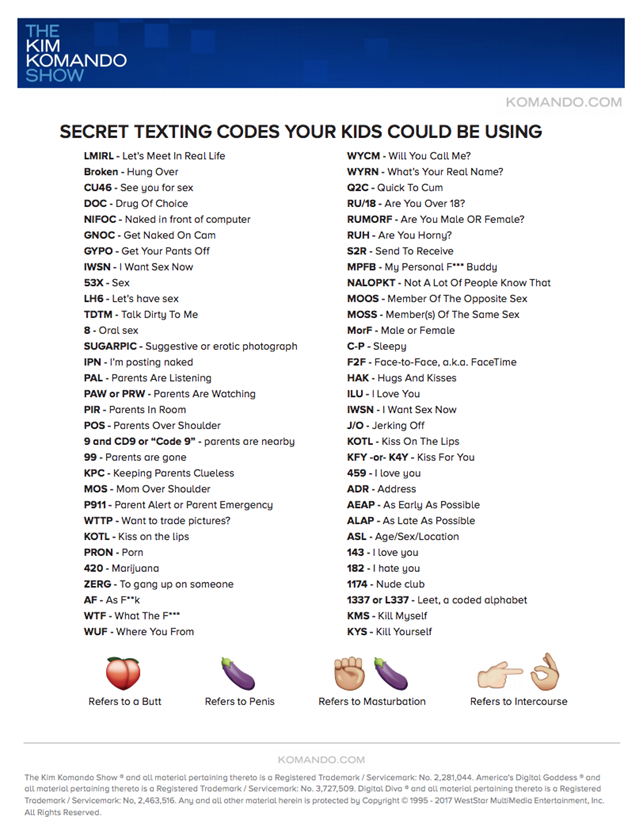