Well, it’s Friday night and because of my short turnaround time for this issue, I’m late in finishing it up.  (I know Lethal, I can hear you now: “So what’s so unusual about that?  The Dwarves down in the press room tell me that you are ALWAYS late in ‘finishing up’.  I’m pretty sure that you’re just out drinking beer and chasing virgins.  Or you’re down in the screening room eating Cheetos and watching porn.  It’s always the same with you, you never…” Okay, so that was a bit much in the channeling Lethal area.  I’m pretty sure I need to go decompress right now.  Get him out of my head.
Impish begins to walk off the stage when he turns back and faces you, “Oh yeah, you guys should go ahead and start on the issue.”
He turns and begins walking but you can still hear him mutter, “I wonder if there’s any Cheetos in the kitchen.”

Well….before we start laughing, let’s get pissed off.

FREE HOUSING FOR ILLEGALS BUT NOT FOR OUR SOLDIERS?
So, let’s just make sure we understand what’s going on here.  The president can demand that taxpayers fund the health care and housing cost of millions of illegal immigrants. BUT – the Senate wants us to make it more difficult for our soldiers to receive their basic stipend for housing?
UNBELIEVABLE!
The Daily Caller reports – The Senate’s draft of the annual defense authorization bill would dramatically change the Basic Allowance for Housing system (BAH) potentially costing service members thousands of dollars a year.
Soldiers are given a stipend at a fixed rate based on their zip code, rank and family status under the current policy.  The National Defense Authorization Acto of 2017 (NDAA) proposes the stipend shift toward a model more similar to its Overseas Housing Allowance – reimbursing troops for actual expenses instead of a fixed amount, the Military Times first reported.
Flexibility in the funds would be eliminated as only utilities and rent would be covered – troops would also be required to provide proof of what they spend.

With the BAH at a fixed rate, a low ranking couple probably has very inexpensive housing and use the little bit of extra BAH to help make ends meet in other areas.  By taking that away, they are basically cutting the wages of the military members and effecting the lower ranking ones, you know, the ones who need it the most, more than they may be able to bear.

And yet we’ll throw thousands of dollars a month at illegal immigrants who don’t even have to work for it, much less put their lives on the line, like the military members have the potential to do.

Okay, now I really do need to laugh.

With the on-set of deer hunting season…..a good question!

Looking forward to hunting season but I do have a question.  If I shoot a buck, but I only have a doe tag, can I claim that the buck wasn’t really a buck?

I mean … maybe he’d always wanted to be a doe, but with no choice of his own he was born with the physical attributes of a male.  And yet … on the inside he’d always known he was truly a female.

I’m just wondering if the game warden will buy it,……..  because society and the Supreme Court are stupid enough to do so!

Sounds okay to me.  That’s the precedent that’s being set, right?

One of my favorite artists of all time, known as the Spangler dragons, named after the artist who created them.  There’s a lot of pictures of Spangler dragons and they’re all lots of fun. 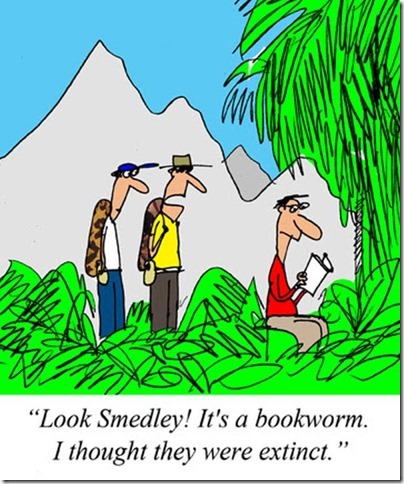 Mostly we’ve been transformed.  From a bookworm to an ebook butterfly.

‘Father,’ he confessed, ‘it has been one month since my last confession.
I had sex with Nookie Green twice last month.’

The priest told the sinner, ‘You are forgiven. Go out and say three Hail Mary’s.’

Soon thereafter, another Irish man entered the confessional.
‘Father, it has been two months since my last confession.
I’ve had sex with Nookie Green twice a week for the past two months.’

This time, the priest questioned, ‘Who is this Nookie Green?’

‘A new woman in the neighborhood,’ the sinner replied.

At mass the next morning, as the priest prepared to deliver the sermon, a tall, voluptuous, drop-dead gorgeous redheaded woman entered the sanctuary. The eyes of every man in the church fell upon her as she slowly sashayed up the aisle and sat down right in front of the priest. Her dress was green and very short, and she wore matching, shiny emerald-green shoes.

The priest and the altar boy gasped as the woman in the green dress and matching green shoes sat with her legs spread slightly apart, but just enough to reveal that she wasn’t wearing any underwear.

The priest turned to the altar boy and whispered… ‘Is that Nookie Green?’

‘No Father, I think it’s just a reflection from her shoes’! 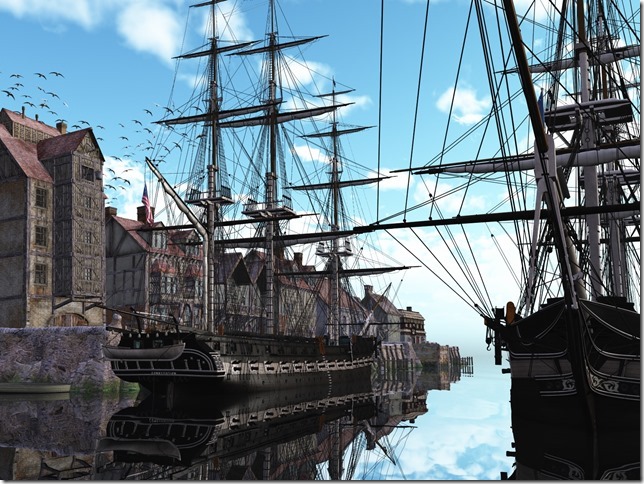 Okay, so there isn’t a great deal of “Fantasy” about the picture, but it sure is cool looking.

Although this next one is technically a “Golden Oldie” it is still very funny, well, at least to me.

A lawyer married a woman who had previously divorced ten husbands.

On their wedding night, she told her new husband, “Please be gentle, I’m still a virgin.”

“What??” said the puzzled groom. “How can that be if you’ve been married ten times?”

“Well, Husband #1 was a sales representative: he kept telling me how great it was going to be.

Husband #2 was in software services: he was never really sure how it was supposed to function, but he said he’d look into it and get back to me.

Husband #3 was from field services: he said everything checked out diagnostically but he just couldn’t get the system up.

Husband #4 was in telemarketing: even though he knew he had the order, he didn’t know when he would be able to deliver.

Husband #5 was an engineer: he understood the basic process but wanted three years to research, implement, and design a new state-of-the-art method.

Husband #6 was from finance and administration: he thought he knew how, but he wasn’t sure whether it was his job or not.

Husband #7 was in marketing: although he had a nice product, he was never sure how to position it.

Husband #8 was a psychologist: all he ever did was talk about it.

Husband #9 was a gynecologist: all he did was look at it.

Husband #10 was a stamp collector: all he ever did was… God! I miss him! But now that I’ve married you, I’m really excited!”

“Oh, you’re a lawyer. This time I know I’m gonna get screwed!”

Okay, I am really behind in getting this issue out, but I have to stop right here because I am so utterly and unbelievably PISSED OFF!!!!!  I can’t believe how insanely angry I am.  This is so over the top for the liberals that it even amazes me that they can argue this point with a straight face.  I had to check to make sure that I wasn’t on one of those fake/humor websites, like the Onion, thinking that this HAS to be a joke.  But no.  It was sent to me by one of the news sources that I trust explicitly.  And they were referencing an article published by the Daily Caller.

So, I know by this time that you are really wondering just what the heck I’m talking about.  Well, I’m not going to reproduce the article here, otherwise I will be spending the next six hours inserting my comments into every other sentence.  I’d have to.  I would be completely unable to NOT rant about each statement.

So, instead, I will copy the headline and a link to the article and I’ll let you people make your own mind up.

Read more: http://dailycaller.com/2016/06/01/washington-state-to-teach-transgenderism-to-kindergartners/#ixzz4AYWIGAs6
Okay, there’s the title and the link, like I said, it was from The Daily Caller.  A news source that I trust, but acknowledge there right leaning opinions. I’m very interested in your opinion about this article.  You can put them in the comments, or if that’s not the way you roll, then you can email me at impishdragon@gmail.com.

Yup, this is the perfect spot for this: 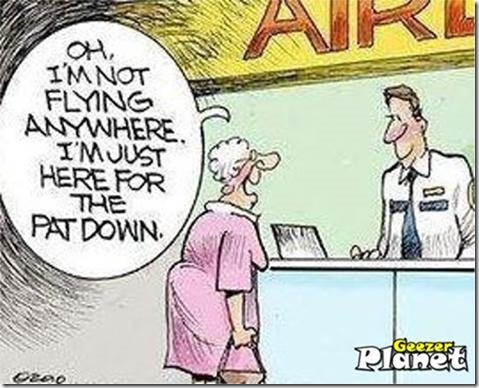 This wild (and wildly expensive) home (They actually have the nerve to call it a bungalow) has an even wilder swimming pool. 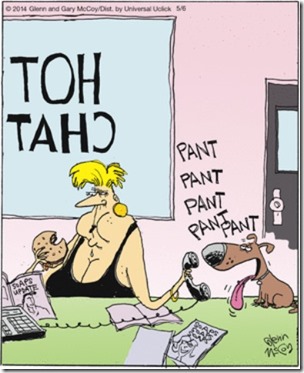 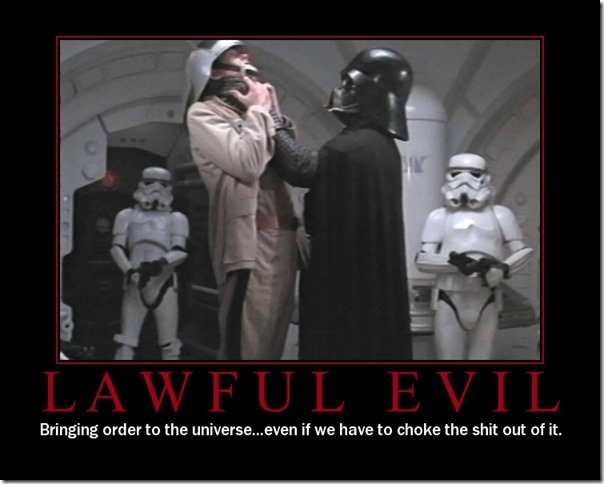 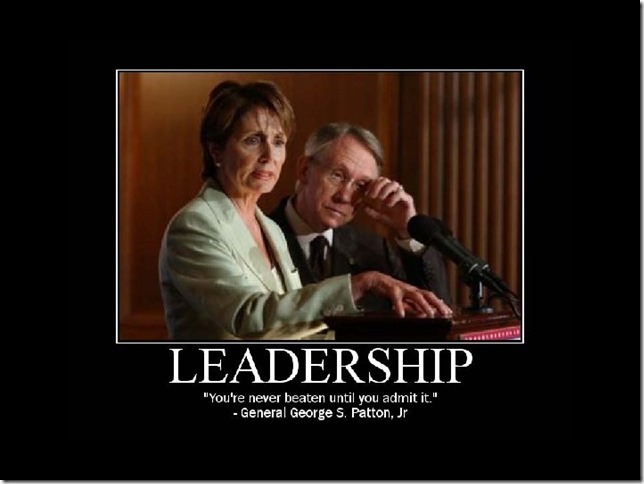