Today is Sunday.  Almost a week before this issue will be posted.  I’m trying to be good and get this started early, instead of just waiting to the last minute.  So…this is me starting early.

Today was my only day off this week and I spent just about the whole day on yard work.  Not only did it wear me out, but I’ve put such a strain on my back that I can barely move this evening.  I’ll bet tomorrow will be LOTS of fun.

Speaking of tomorrow, there may be some relief in sight.  My pain doctor is going to give me a deep spine injection to try and calm my back down a little bit.  I hope so, cause the pain meds sure ain’t cuttin’ it right now.  We’ll see.

Well, as you’re reading this, tomorrow has already happened five days ago!  So, for me writing to you, it’s not for another 21 hours, but for you it was five days in the past.  That is so cool!  So tell me…how did it go?  Did the injection work?  I hope so.  It’s been pretty hit and miss in the past when I’ve gotten one of these.

Anyway, long hard day, what do you say we start laughing a little bit?  Yup, sounds like a plan to me!

I found this timely, because today I was in a store that sells sunglasses, and only sunglasses. A young lady walks over to me and asks, “what brings you in today?”
I looked at her, and said, I’m interested in buying a refrigerator. She didn’t quite know how to respond. Am I getting to be that age?

I was thinking that women should put pictures of missing husbands on beer cans!

Employment application blanks always ask who is to be called in case of an emergency.
I think you should write, ‘An ambulance.’  Or a doctor!

So, I got my shot this afternoon…I’m not overly impressed so far.  I hope to goodness I’m feeling better tomorrow than I am now. Right now, everything just friggin’ hurts, so I’m going to call it a night early tonight and get some sleep so that maybe I can get up for work tomorrow and go to my next appointment tomorrow…the foot doctor who (you remember the movie) pulled half my nail off. 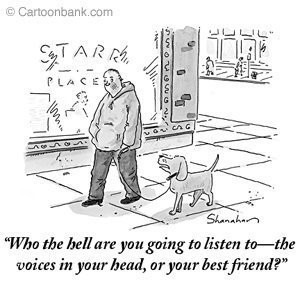 This was a gift from an avid reader.

Real quick update…Tuesday Morning…woke up this morning and everything felt pretty good!  Gonna take this baby out for a drive and see how the back holds up.  Plus, I’ve got dart league tonight.

I saw this headline and I just had to share it…

PRO-HILLARY PAC ENLISTS INTERNET TROLLS TO ATTACK NEGATIVE COMMENTS ABOUT HER ON SOCIAL MEDIA
Trolls, they’re not just under bridges in fairy tales. They are everywhere on the internet. Now, a pro-Hillary Clinton SuperPAC is spending $1 million to attack negative comments on social media and, no doubt, sites like this one.
That really figures!  Hillary is such a lying truthful conniving um…sweet bitch beauty queen … what are you doing?
Trying to get a piece of that $1 million.  It’s not like you pay me well.
Terrence, they are looking for internet trolls, you’re a REAL troll.
So, shouldn’t that give me an advantage?
Quite possibly in the world of Hillary, but you don’t do it by crossing out my words in editing and putting in your own.  It means going to different websites and writing why she’s a better candidate than anyone else.
But she’s not.
So, you see the problem?
Stupid internet.

This next one is so good!  And I’ve gotten this one about a dozen times from you guys. 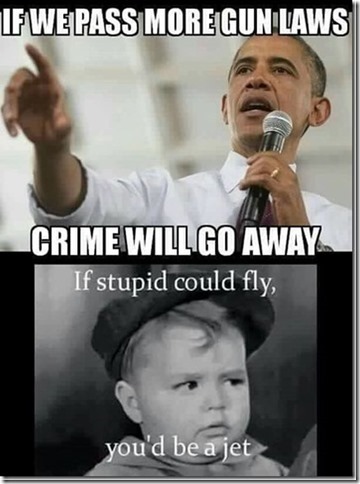 The very first time I’m standing outside the ladies room, waiting for my wife or daughter to come out and some guy goes in because he “thinks he should have been born with a pussy and wasn’t” him and I are BOTH going to the hospital.  He’ll be going flat out on a stretcher and I’ll be going to get my size ten and a half boot back when they surgically remove it from his ass!  Although I might just let him keep it as a reminder of the penalty for a first offense.

Okay now look.  I was being obtuse to prove a point.  How can any thinking or even semi thinking person believe this crap?  This is really easy.

Anyway, got to get ready to go to work.  You guys keep reading and we’ll meet up for the finale tonight.

I wish my wallet came with free-refills!

A blonde and a guy were out on a date and they ended up at ”Lovers’ Cove” where they were making out. The guy thought that things were going pretty well and maybe he would get lucky tonight, so he thought that he would ask her if she wanted to go to the back seat.
”No!” said the blonde.
The guy just figured that she wasn’t ready yet. Things got pretty hot and the guy thought he would ask again.
”NO!” yelled the blonde again.
Things got even hotter and the blonde was down to her bra and the guy even had his pants unzipped.
”Do you wanna go to the back seat now?” asked the guy, in a hopeful tone.
”For the last time, NO!” said the blonde.
Frustrated, the guy asked, ”Well, why the heck not??”
The blonde looked at him and said, ”Because I want to stay here with you!‘

As seems to be the case lately, I’ve already gotten a large submission of videos for inclusion in this issue, and it’s only Monday!! Let’s start with this one and I must caution you, don’t try this at home, kids.

Okay, after this one on YouTube there is a TON more by the same guys.  And they’re all a bit strange, but really fun to watch.

This one is awesome!  How many of the stars can you name?

What a beautiful rendition.  I imagine the Duke is rolling over in his grave because of how Hollywood is today with all the left wing, socialist morons there now.

A  lady motorist was about two hours from San Diego when she was flagged down by a man whose truck had broken down.
The man walked up to the car and asked, “Are you going to San Diego?”
“Sure,” answered the lady, “do you need a lift?”
“Not for me.  I’ll be spending the next three hours fixing my truck.  My problem is I’ve got two chimpanzees in the back that have to be taken to the San Diego Zoo.  They’re a bit stressed already so I don’t want to keep them on the road all day.  Could you possibly take them to the zoo for me?  I’ll give you $100 for your trouble.”
“I’d be happy to,” said the lady.
So the two chimpanzees were ushered into the back seat of the blonde’s car and carefully strapped into their seat belts, and off they went.
Five hours later, the truck driver was driving through the heart of San Diego when suddenly he was horrified!  There was the blonde walking down the street, holding hands with the two chimps, much to the amusement of a big crowd.  With a screech of brakes he pulled off the road and ran over to the blonde.
“What are you doing here?” he demanded!  “I gave you $100 to take these chimpanzees to the zoo.”
“Yes, I know you did,” said the lady.  “But we had money left over so now we’re going to Sea World.”

A police recruit was asked during the exam, “What would you do if you had to arrest your own mother?”
He answered, “Call for backup.”

Time is like a river. You cannot touch the water twice, because the  flow that has passed will never pass again. Enjoy every moment of life. As a bagpiper, I play many gigs. Recently I was asked by a funeral director to play at a graveside service for a homeless man. He had no family or friends, so the service was to be at a pauper’s cemetery in the Nova Scotia back country. As I was not familiar with the backwoods, I got lost and, being a typical man, I didn’t stop for directions.
I finally arrived an hour late and saw the funeral guy had evidently gone and the hearse was nowhere in sight. There were only the diggers and crew left and they were eating lunch. I felt badly and apologized to the men for being late.
I went to the side of the grave and looked down and the vault lid was already in place. I didn’t know what else to do, so I started to play.
The workers put down their lunches and began to gather around. I played out my heart and soul for this man with no family and friends. I played like I’ve never played before for this homeless man.  And as I played “Amazing Grace”, the workers began to weep. They wept, I wept, we all wept together. When I finished, I packed up my bagpipes and started for my car. Though my head was hung low, my
heart was full.
As I opened the door to my car, I heard one of the workers say, “I never seen anything like that before, and I’ve been putting in septic tanks for twenty years.”
Apparently, I’m still lost….it’s a man thing.

Did you know that if you put your ear up against a stranger’s leg you can hear, “What the fuck are you doing?”

A middle-aged frumpy couple return to a Mercedes dealership where the
salesman has just sold the car they were interested in to a beautiful,
leggy, busty blonde.
“I thought you said you would hold that car till we raised the $75,000
asking price,” said the man. “Yet I just heard you close the deal for
$65,000  to the lovely young lady there. You insisted there could be no
discount on this model.”
“Well, what can I tell you? She had the ready cash and, just look at  her,
how could I resist?” replied the grinning salesman.
Just then the young woman approached the middle-aged couple and gave them
the keys.”There you go,” she said. “I told you I would get the dope to reduce it.
See you later, dad.”

Okay, so that last line was completely unnecessary.

Funny as hell, but unnecessary.

Well, I came home from work today (Friday) not feeling very well, so I’m going to end this here and wish you all a wonderful weekend.