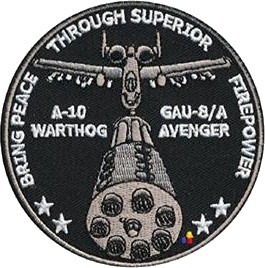 So … I’ve purposely not watched any news today because I have purposely not wanted to make myself sick to my stomach.  But, I did see where we retaliated against Taliban K who were the ones who supposedly set off the bombs that killed our guys.  From what I understand, we killed a planner and another guy.

It ain’t  near enough!

And then I read another headline that said that more strikes are planned.

I’ll believe that when I see it.  And I’ll bet that won’t be near enough either.

The thing is … it won’t ever be enough, because it should have never happened to begin with.  The people who are responsible are not just over there.  There are 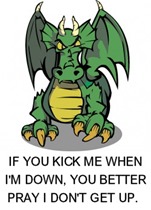 a crap load of them over here that need to take responsibility.  Need to resign.  That won’t regain them any personal honor, but it might bring some stability and honor back to the United States.

So, who do we listen to?  A career politician who has never seen anything more hostile than taking votes from constituents?  Or an honorable military member who has seen combat over and over again and has sworn to put his life on the line to protect this country.  The politician will never protect anything other than his own ass.

I don’t know about you … but for my money, I’ll always take the word of a veteran, any veteran, over that of any politician.

Politics was never supposed to be a part of the military.  But, how the hell do you avoid it?  I feel for the men who have spoken out, but am proud as hell of them, too.

I’m fat, but I identify as skinny.

Them: Hello, welcome to ABC restaurant.

T: Great. And do you and your guests have your vaccination cards?

M: First, can you tell us who our server will be?

T: Um, looks like Jill will be your server tonight.

M: Great. Can you show us Jill’s vaccination card?

M: I will need to see proof of her flu shot.

M: And also, can you provide me with proof that Jill is not a carrier of HIV, Hepatitis A or B, or any other communicable diseases?

M: Also, we would prefer not to be served by someone who is on or uses recreational drugs such as marijuana, cocaine, meth, fentanyl, etc, so if you could provide us with Jill’s most recent tox screen, that would be great.

T: Um… Let me get the manager for you.

M: Great idea, thanks. Oh and while you’re at it, I’ll need all those same items for you, the manager, the cooks and the busboys. Thanks so much.

And that, dear campers, is another great way to respond when they ask you to produce your vaccine cards at restaurants … you know … for those of you who don’t want to just say, “Fuck off!”  Thanks to John S. for sharing. 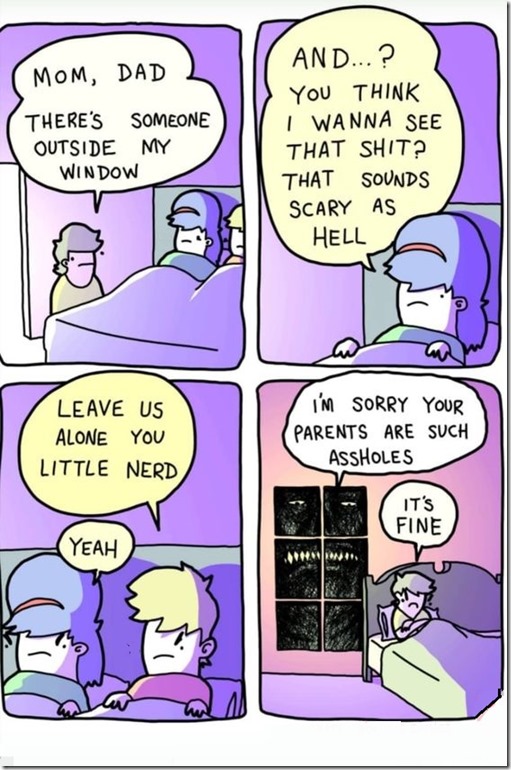 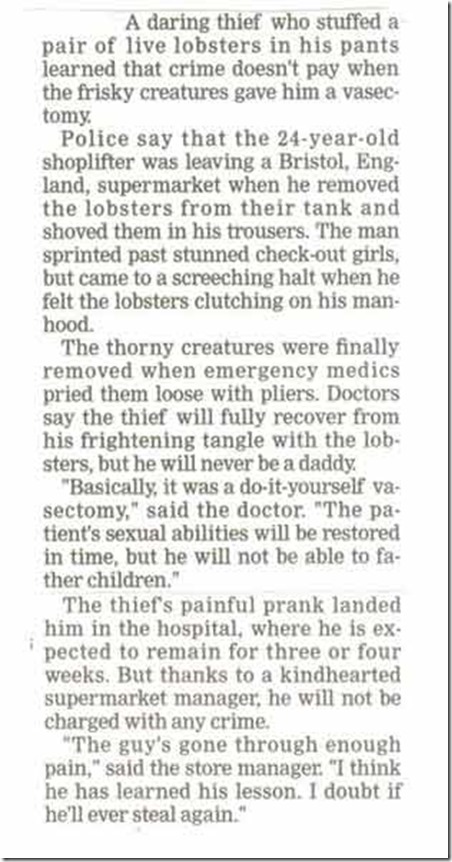 I’m thinking that a decision and a trade were made.

The same boiling water that softens the potato hardens the egg.  It’s about what your made of, not the circumstances. 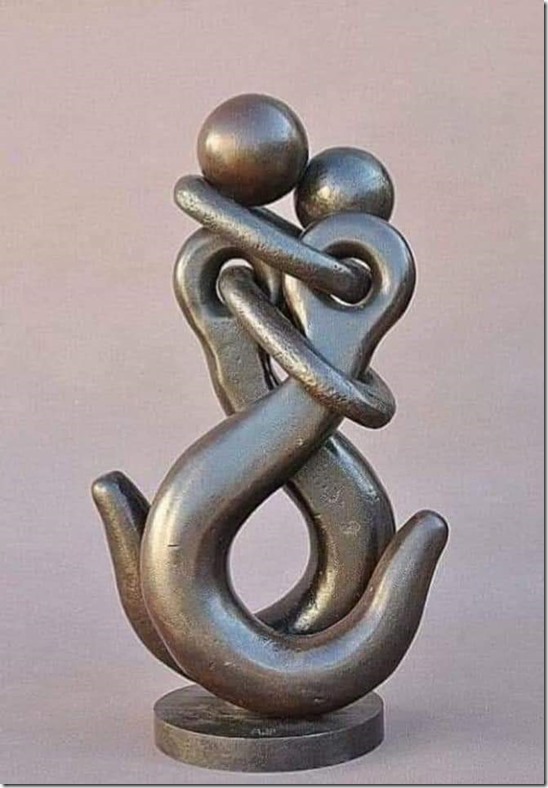 Yeah, just because it’s so cool.

Man, I love it when the worm turns …

By James Oliphant and Nathan Layne

WASHINGTON, Aug 17 (Reuters) – Last summer, Washington Mayor Muriel Bowser played a high-profile role in the protests sweeping America over police killings of Black suspects. She renamed a street Black Lives Matter Plaza and joined thousands of demonstrators there, many shouting what had become the movement’s slogan: “Defund the police!”

Earlier this year, the mayor, a Democrat, proposed cutting the police budget and redirecting money to social services.

Now, however, Bowser and many other Democratic city leaders are scrambling to boost police budgets and hire more officers amid the deadliest crime wave in two decades. Local and national Democrats are distancing themselves from “defund” politics and policies, a reflection of how deeply unpopular the concept has become among most voters – and how effective a weapon it can be for Republican candidates.

Excellent article!  Thanks to Stephanie for passing it on.  Read the rest of the article here: https://www.reuters.com/world/us/murders-surge-democrats-find-new-message-fund-police-2021-08-17/ 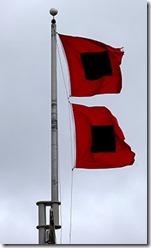 And speaking of Stephanie, let’s keep her and her family and any of our other campers who are in the way of Hurricane Ida.  Stephanie texted me yesterday to ask for prayers saying that she didn’t believe that Ida was going to behave as a lady.  I’m passing her request on to the rest of you.  I’m sure we have other campers in the area as well, let’s keep them ALL in our prayers to keep them all safe as this category 4 hurricane slams into our southern coast.  And let’s hope that New Orleans has fixed things since Katrina and they are a little better prepared.  Our love and prayers go out to all of the people there. 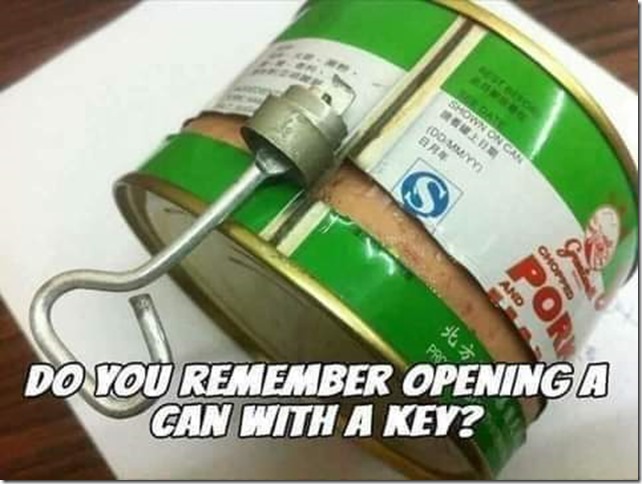 2.  Stay off the bathroom scale.

This morning my son said his ear hurt and I said on the inside or the outside, so he walks out the front door, comes back in and says both.  Moments like this got me wondering if I’m saving too much for college. 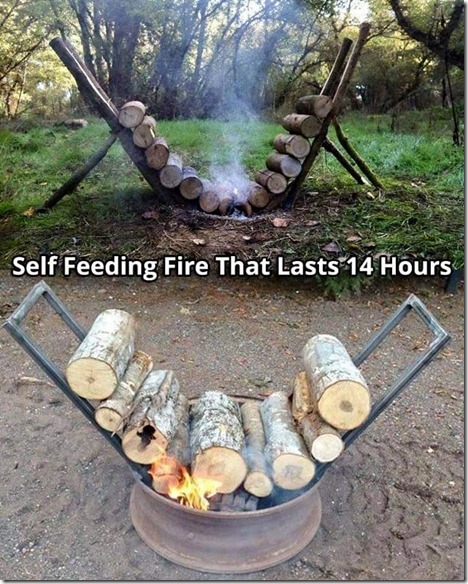 Just failed my driving test.  When the examiner asked me, “What sign would you expect to see down a narrow country road?”  Apparently, “fresh eggs for sale” wasn’t the answer … 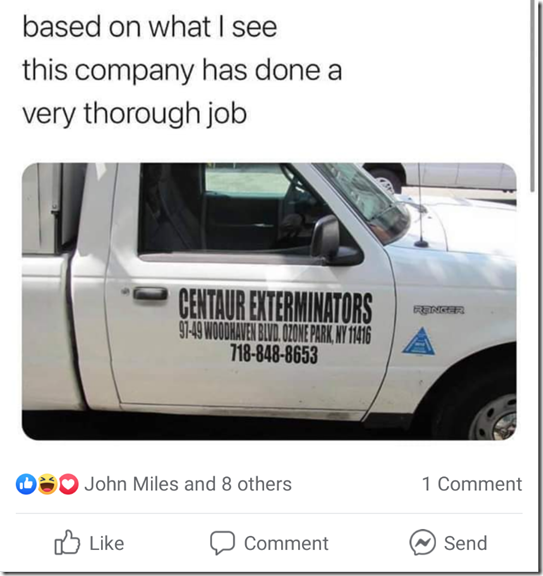 The longest drum solo ever performed was 10 hours and 26 minutes and was performed by the child sitting behind me on Delta flight 963 from LA to Tokyo. 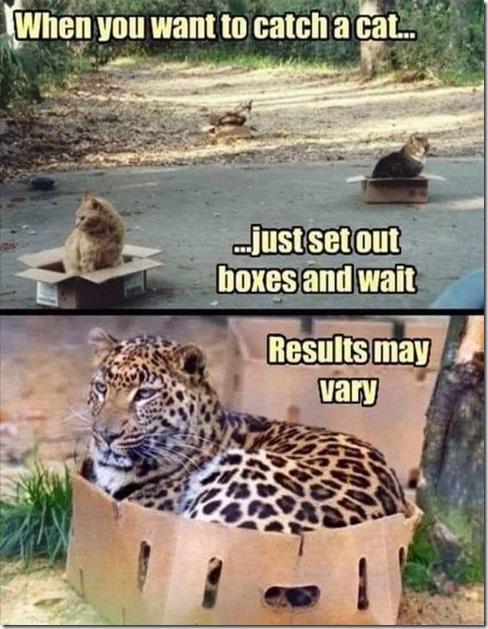 I just fired myself from cleaning my house.

I don’t like my attitude and I got caught drinking on the job. 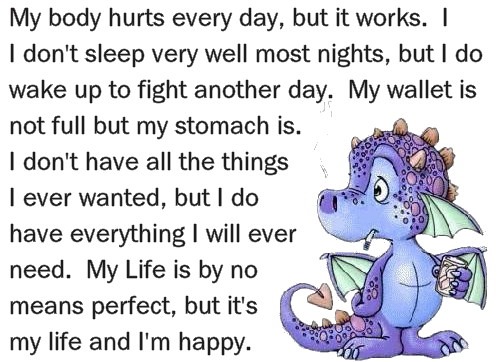 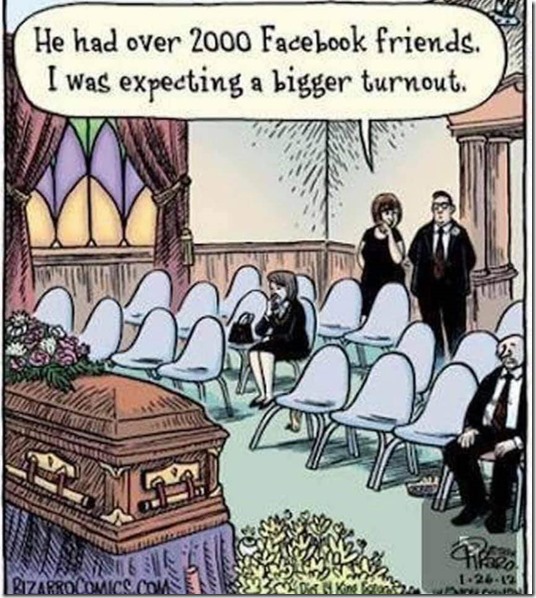 I got my wife to help me put some posts in the ground for our new fence.  I gave her the hammer and I said, “When I nod my head you hit it.”  I don’t remember much after that. 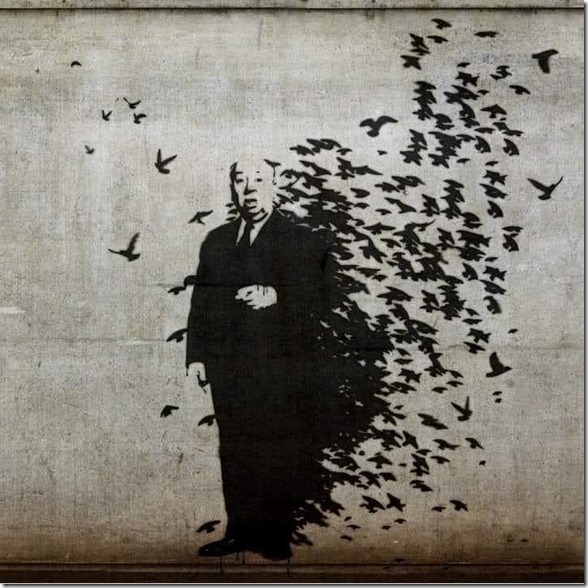 My wife sent me a text that said, “Your great”

So, naturally, I wrote back, “No, you’re great”

She’s been walking around all happy and smiling.

Should I tell her I was just correcting her grammar or leave it? 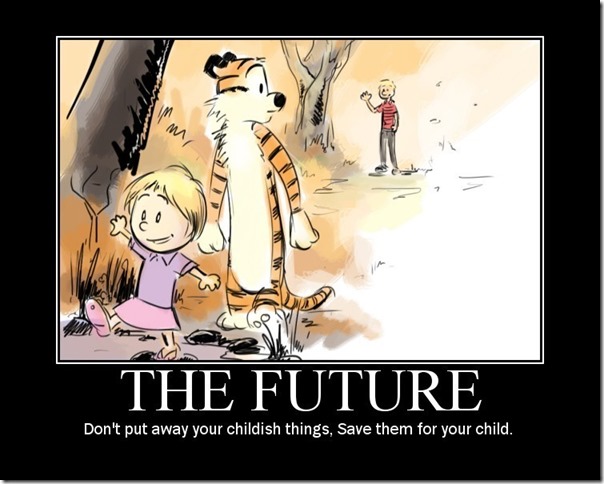 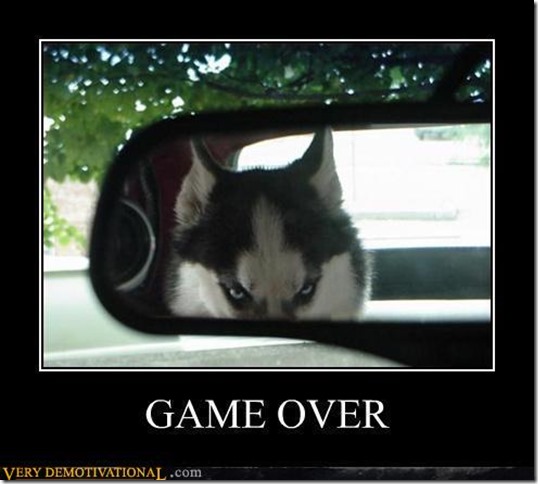 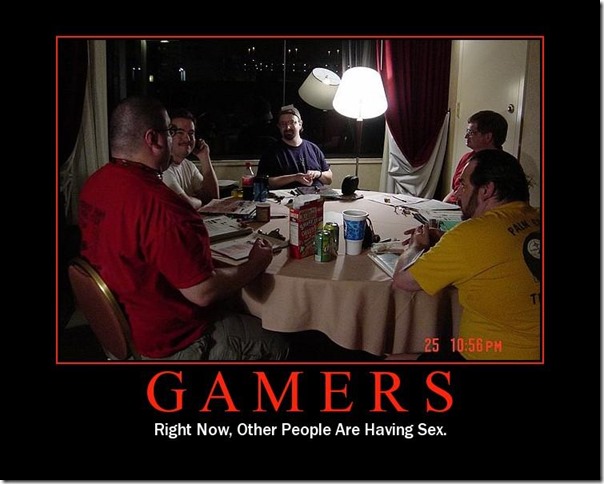 Free Marriage Tip:  Don’t ask your wife when dinner will be ready while she is mowing the lawn.

I wanna be 14 again and ruin my life differently.

I have new ideas. 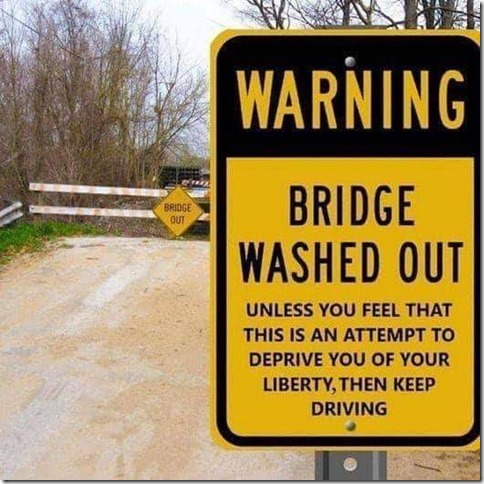 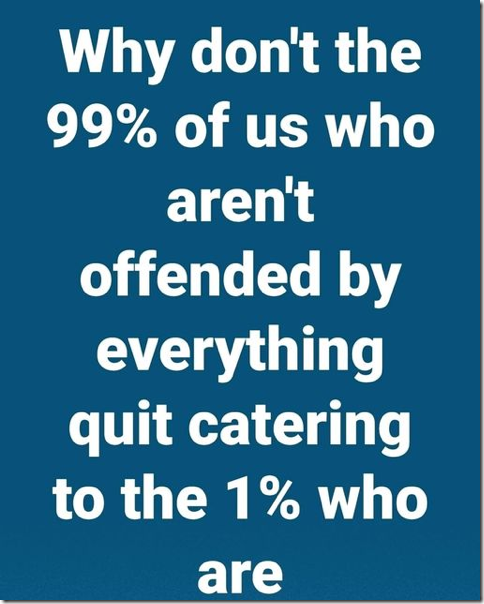 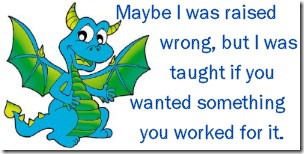 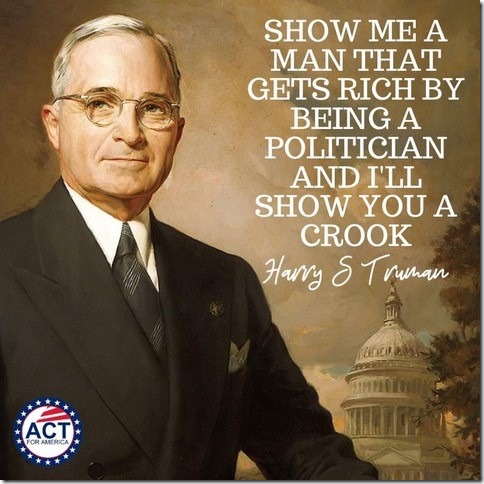 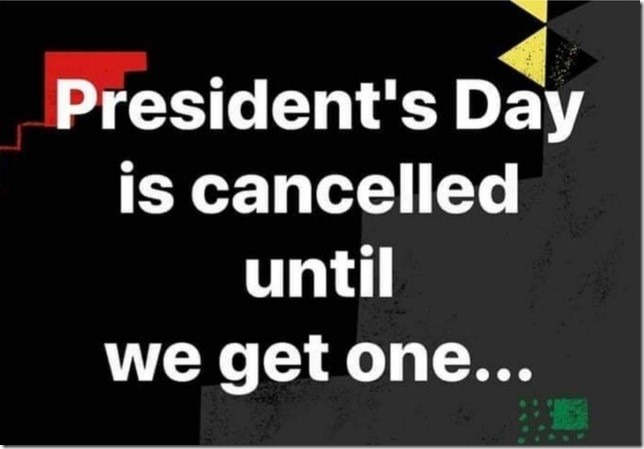 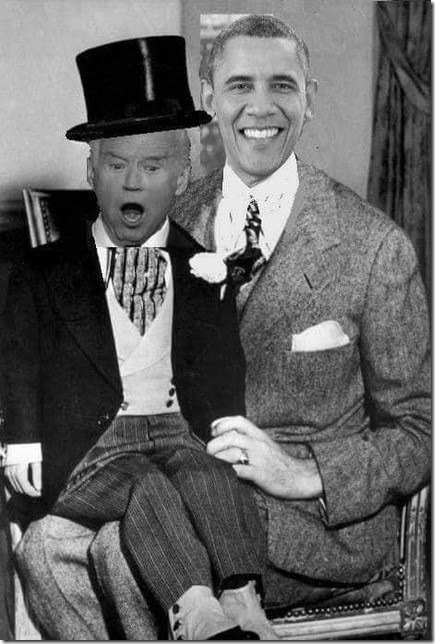 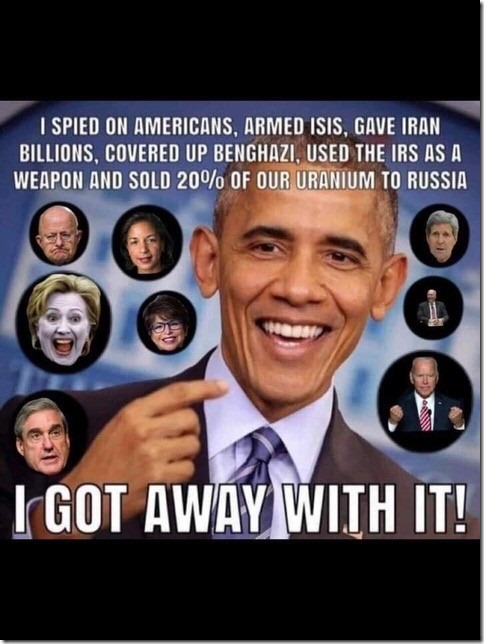 Those who are too smart to engage in politics are punished by being governed by those who are dumber
Plato, ancient Greek Philosopher

Politicians are the same all over: they promise to build a bridge even where there is no river.
Nikita Khrushchev, Russian Soviet politician

When I was a boy I was told that anybody could become President; I’m beginning to believe it.
Quoted in ‘Clarence Darrow for the Defence’ by Irving Stone.

Politicians are people who, when they see light at the end of the tunnel, go out and buy some more tunnel.
John Quinton, American actor/writer

Politics is the gentle art of getting votes from the poor and campaign funds from the rich, by promising to protect each from the other.
Oscar Ameringer, “the Mark Twain of American Socialism.”

I offered my opponents a deal: “if they stop telling lies about me, I will stop telling the truth about them”.
Adlai Stevenson, campaign speech, 1952.

A politician is a fellow who will lay down your life for his country.
Texas Guinan, 19th century American businessman

I have come to the conclusion that politics is too serious a matter to be left to the politicians.
Charles de Gaulle, French general & president

Instead of giving a politician the keys to the city, it might be better to change the locks.
Doug Larson, English middle-distance runner who won gold medals at the 1924
Olympic Games

I have come to the conclusion that one useless man is a shame, two are lawyers and three or more are the government.
John Adams (1735 – 1826)

I contend that for a nation to try and tax itself into prosperity, is like a man standing in a bucket and trying to lift himself up by the handle.
Winston Churchill (1874 – 1965)

A government which robs Peter to pay Paul, can always depend on the support of Paul !
Will Rogers (1879- 1935)

The problem we face today is that the people who work for a living are outnumbered by those who vote for a living.
George Bernard Shaw (1856- 1950)

I don’t like political jokes, but a lot of them get elected. 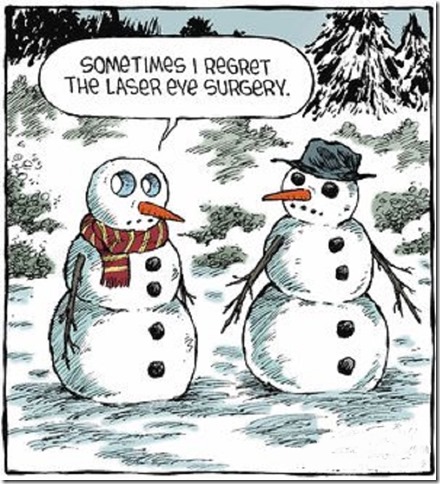 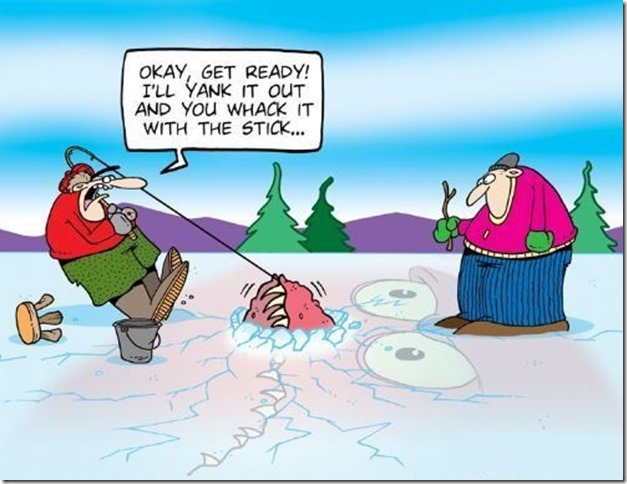 And that’s it … out of time again.  Happiness and love to you all.