Well, just when I thought I had heard it all … Coca-Cola held  an online training session telling their employees to try to be less white.  Holy shit!  Are you friggin’ kidding me!  I have never been more insulted in my life!  Like Candace Owens (whom I respect very much) points out below, can you imagine what would happen if someone said that a group of people should try to behave less black?  Oh my friggin’ Aunt Henry! 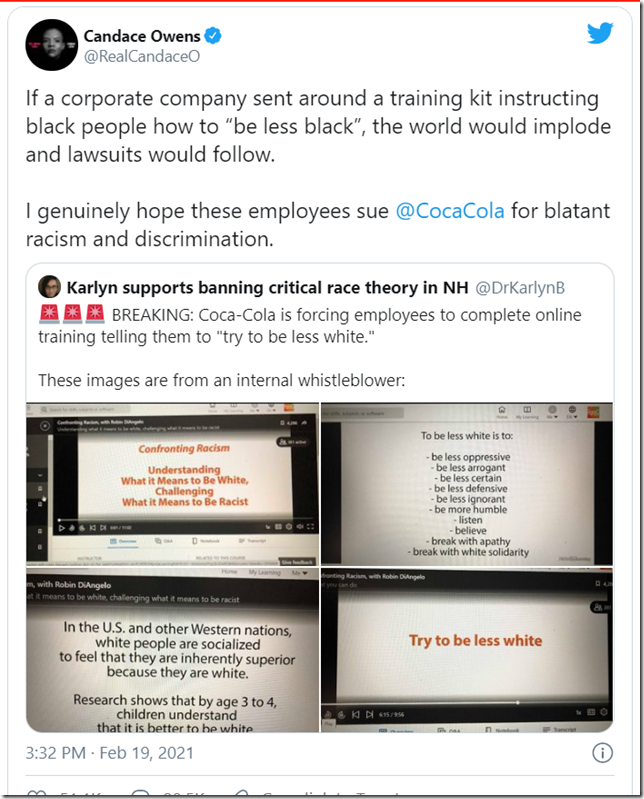 To be less white is to:

Here’s Impish Dragon’s response:
I have NEVER oppressed another human being my entire life.  The only arrogance I display is in my strong beliefs in right and wrong and I am certain in those beliefs in protecting the innocent and in the protection of my country and the Constitution of these United States.  I will defend the same as well as my family, home, and property from anyone who tries to harm them in any manner to my death by whatever means I have available to me.  I am not ignorant of the laws, nor of the situational awareness I am in.  I am humble before the Lord, before my acknowledged superiors, my elders, my wife, and before children.  I listen carefully, especially to the small noises made at night and to things that people don’t say.  I believe strongly in God’s power and in the strength of superior fire power.  I believe that apathy equals stupidity and I believe in human solidarity.

So tell me Coke, does that make me more or less white?  Well, I’ll tell you what, I may be the only one in the world who can say this …

Yes, I’m a little pissed off.  The arrogance and sheer ridiculousness of it is amazing to me.  I could not possibly imagine me going up to a black person and telling him he should act less black.  Isn’t that the same thing as telling him he should act more white?  So, in essence, isn’t Coke telling white people they should act more black?  No?  Not more black, just less white.  Oh My Aunt Henry!  I can’t do this anymore, I’m just getting angrier and angrier and I’m going to go raze a small village somewhere…then there is the whole reparations thing, lawyers get involved… It’s not like the old days, when they’d offer me a virgin or three, I’d be appeased and we’d all go on our happy way.  No.  Ever since the invention of lawyers, my razing and burning of villages has been sharply curtailed.  And the offering of virginal sacrifices?  HAH!  Virginal pigs and maybe a cow to munch on if I’m lucky.  And no, I’m not talking about ugly women.

I need to go on a good rampage and start with the friggin’ lawyers.  Maybe that ought to straighten things out … at least for a little while.  Anyway, we need to laugh.  It’s important.  It means something.  It matters.  So, let’s do this. 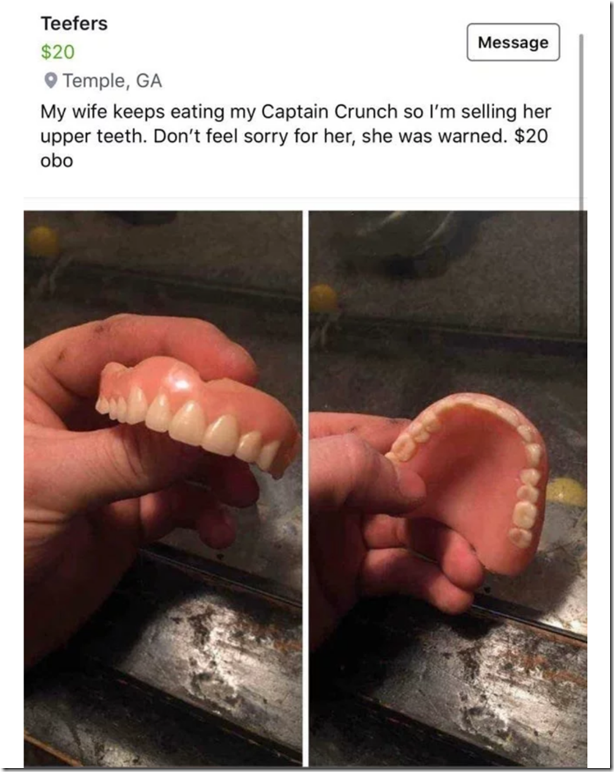 Now that ought to slow the fuckers down!

And another thing!!!!  Why the hell are we worried about the gender of a fucking plastic potato!!!!!  THIS COUNTRY IS GOING OFF THE DEEP END!  WITH THEIR EYES CLOSED AND WITHOUT A PARACHUTE!!! 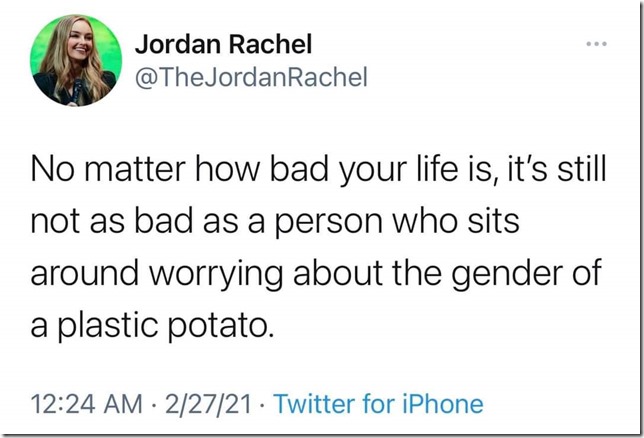 Thank you Jordan Rachel (and Stephanie for sending it in) for saying what we are all thinking. 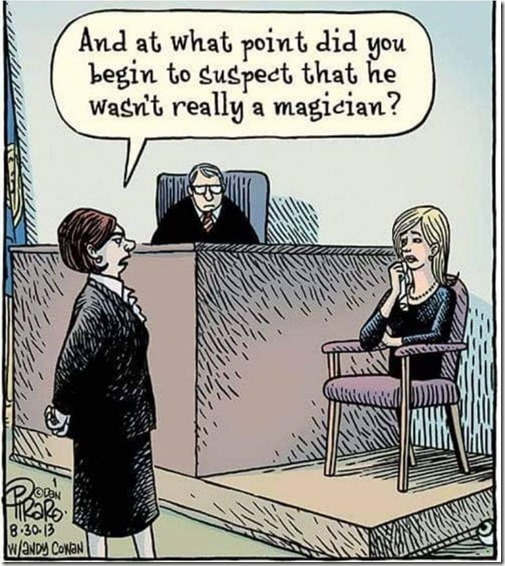 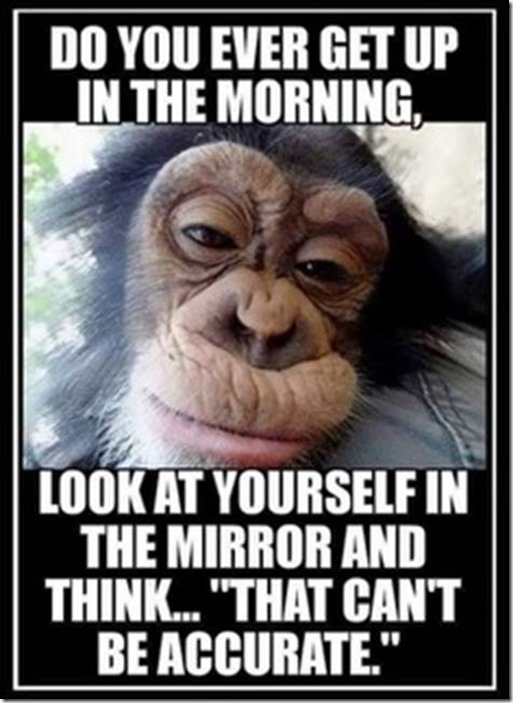 Thanks to John S. who sends us this: Bozo criminal for today comes from Orlando, Florida where bozo Carla Hanson broke up with her boyfriend Vernon Jones. It was a nasty breakup, too, with Vernon contacting the police and accusing Carla of vandalizing his car and breaking into his apartment. Police couldn’t find any hard evidence to link Carla to the crime and she wasn’t charged. Then last week Carla appeared on a Ricki Lake show entitled “I Demand to Know Why You Dumped Me”. On the show Carla gleefully described how she got even with her ex-boyfriend by breaking into his apartment, destroying his waterbed, smashing the mirrors and headlights on his car and pouring sugar in the gas tank. The audience loved it. So did the cops, who, using the tape as evidence, arrested our bozo and charged her with felony criminal mischief.

No doubt!  I need to know where this walk is taking place!

She wanted to meet on the Scottish Moors.  I thought, because she was dressed in white robes she was my virginal sacrifice.  No, she was the damn solicitor come to serve me a Cease and Desist Order.  But, it was awfully foggy, and she looked good enough to eat … so I did. 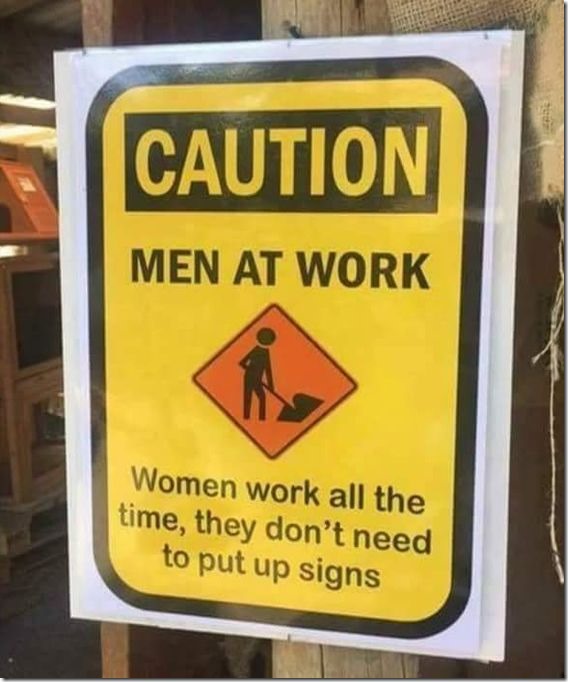 Now that seems awfully sexist!  I feel very put out.  Now I’ll have to take the rest of the day off.
Damn.  That doesn’t even sound real when I TRY to be serious. 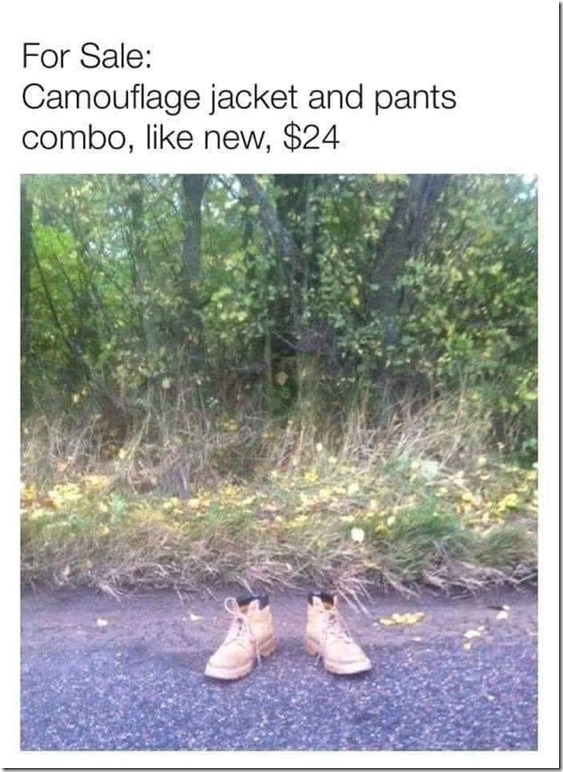 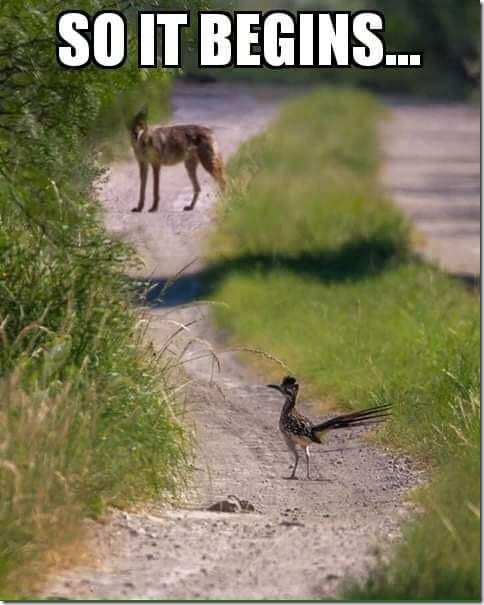 Yeah, you figure out who is who. 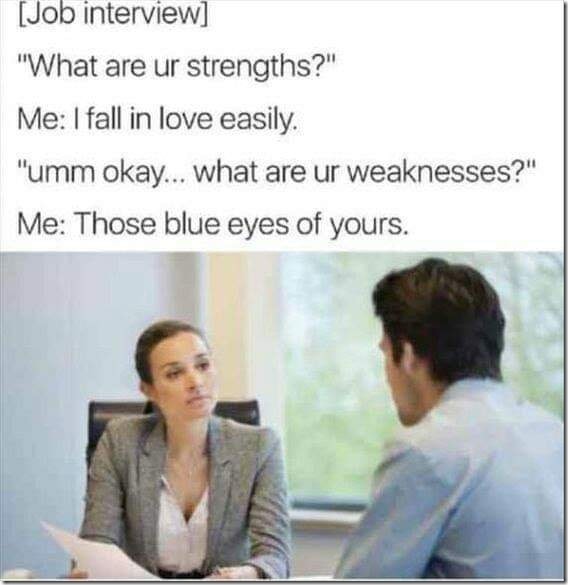 Thanks to Leah D for this one…I suppose if I was a country music singer I would express myself this way instead of the way I did at the beginning of this issue (and if I offended anyone with my rant … well then … tough, go read some other ezine) but this is Buddy Brown from his Truck Sessions videos in a new song called: “We Gotta Be LESS WHITE”  https://www.youtube.com/watch?v=tKk_e_-b7z8&feature=youtu.be

Oh!  And Leah had this to say … which I thought was kinda classy:  And so when Coca-Cola does one of the most racist things I can think of, telling their employees to “try and be less white”, the Deplorables respond with creativity, class and humor!  Thanks Leah.  Very nice.

You gotta be an oldster to get that one.

Therapist:  Oh yeah, loads of people don’t like you. 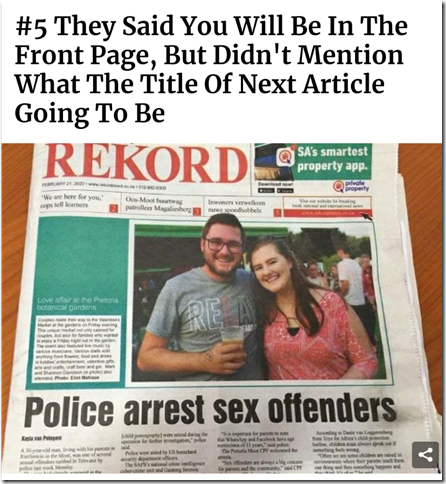 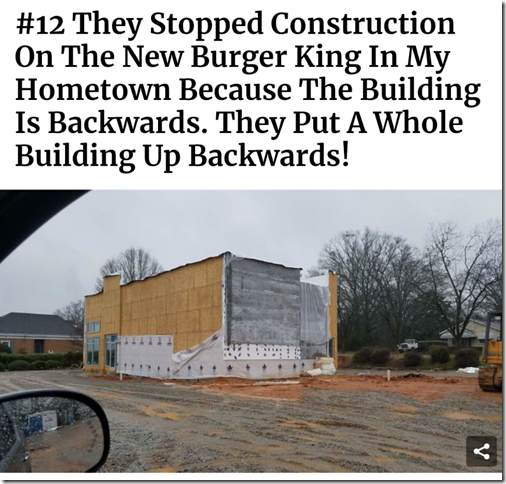 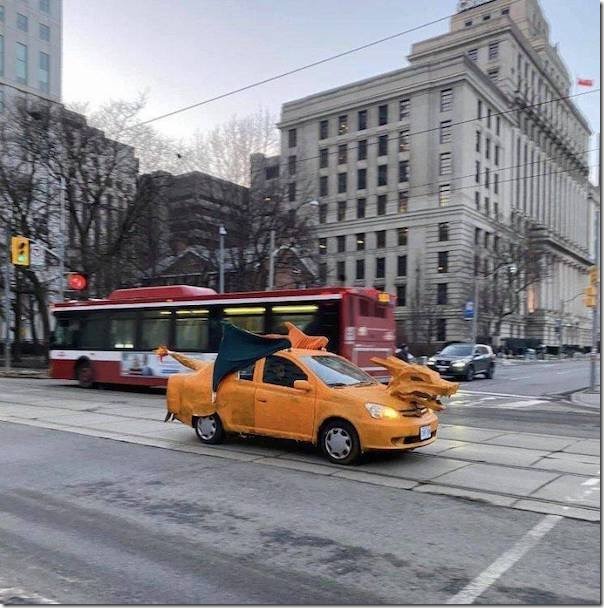 5 Undeniable Facts of Life
1. A girl is said to be grown up when she starts wearing a bra. A boy is grown up when he starts removing it.
2. We all love to spend money buying new clothes but we never realize that the best moments in life are enjoyed without clothes.
3. Having a cold drink on hot day with a few friends is nice, but having a hot friend on a cold night after a few drinks is priceless.
4. Breaking News: Condoms don’t guarantee safe sex anymore. A friend of mine was wearing one when he was shot dead by the woman’s husband
5. Arguing over a girl’s bust size is like choosing between Molson, Heineken, Coors and Budweiser. Men may state their preferences, but will grab whatever is available.
I haven’t verified these on “Snopes”, but they sound about right !!  Well, and as it turns out, you can’t really verify anything on Snopes anymore anyway, so …. Really?  Nobody bothered to look at this before they sent it to the printers? 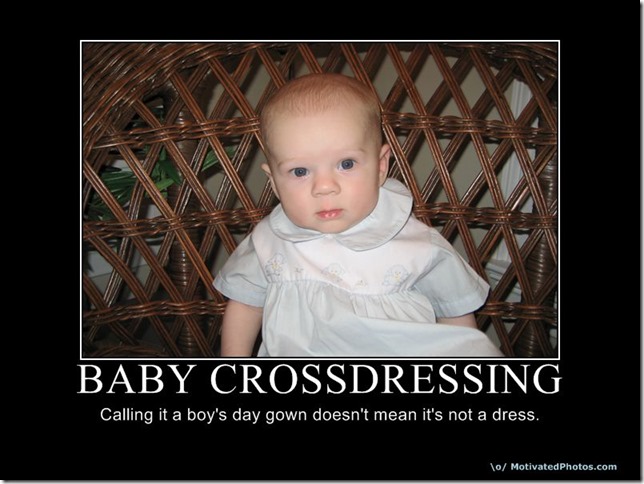 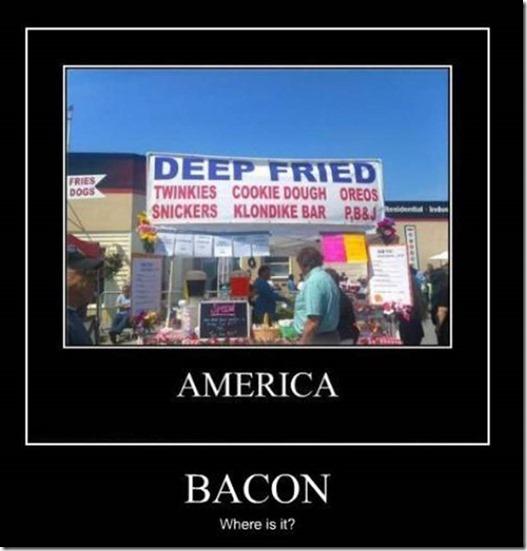 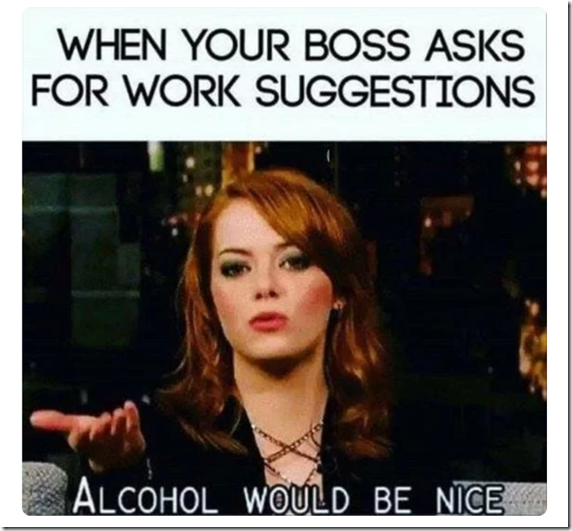 This one is from Sasquatch … it’s quite good.

Ammo Company Has a Special Message For Biden Supporters 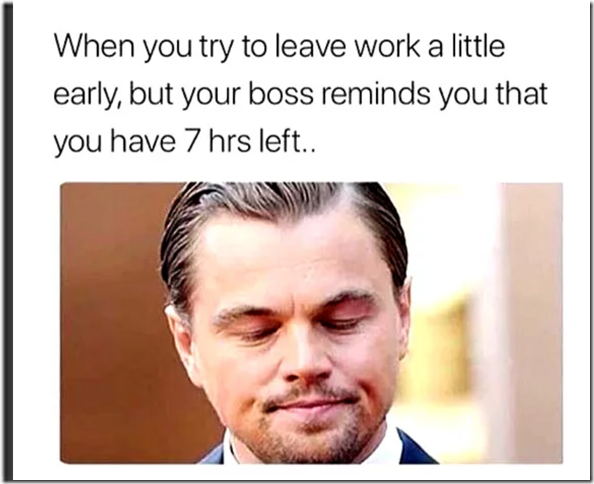 My wife came home from Wal-mart complaining about the cashier being a royal bitch.  I asked her if she was at the self-checkout … and that is how the fight started. 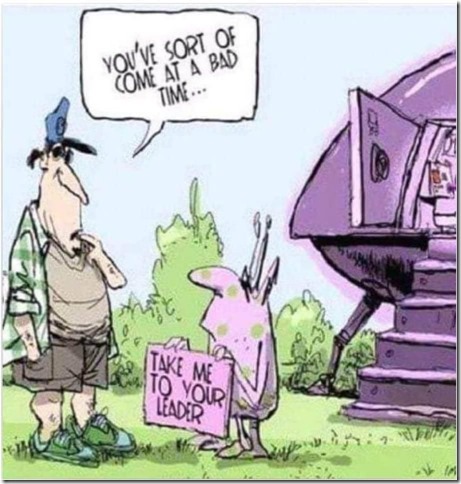 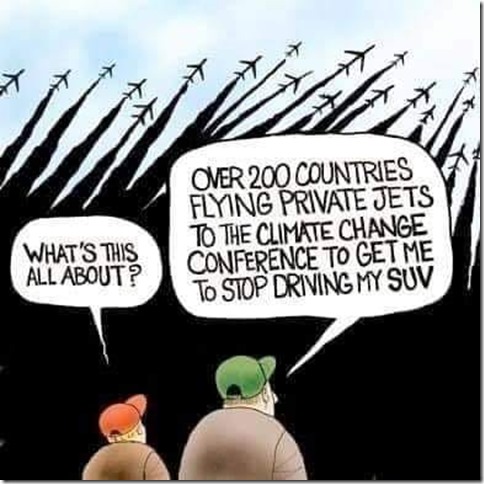 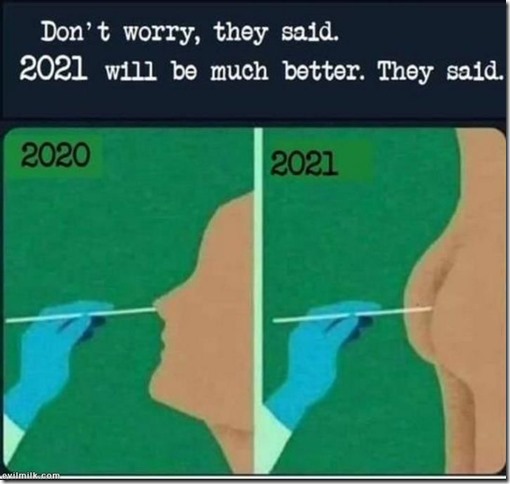 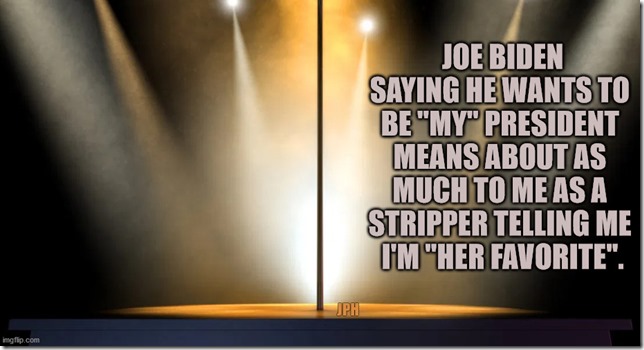 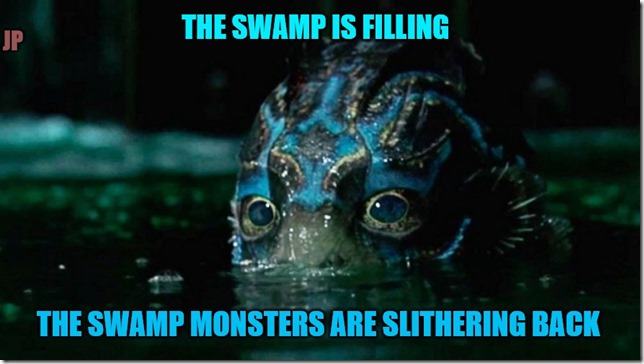 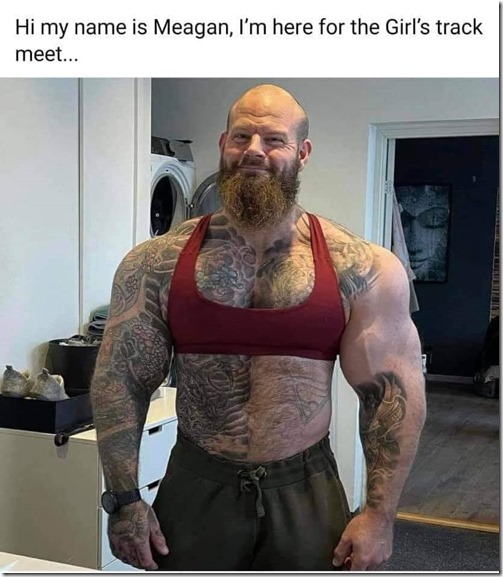 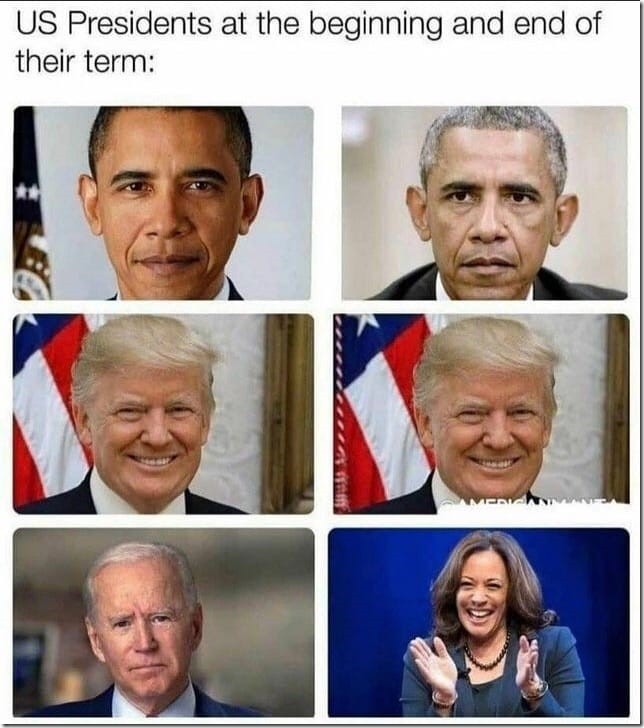 So we just letting March come back after the way it acted last year?

Would YOU cross this bridge? 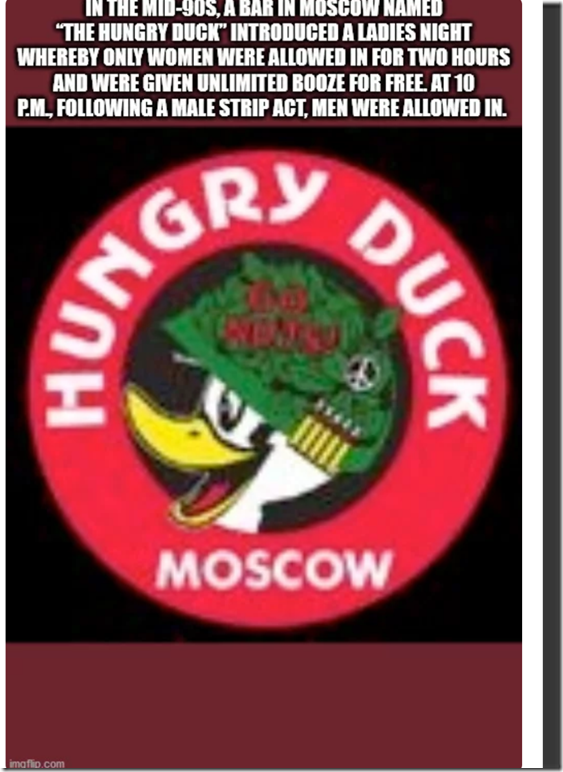 And that’s how Ladies Night started

I’m so confused.  If Mr. & Mrs. Potato Head are no longer male and female, does this mean there will be no more tater tots?

Trying to help people understand what’s going on right now is like going back into a burning building to pull someone out.  Only to have them keep punching you in the face and demand evidence that the building is on fire.  Even after they admit they can see the flames. 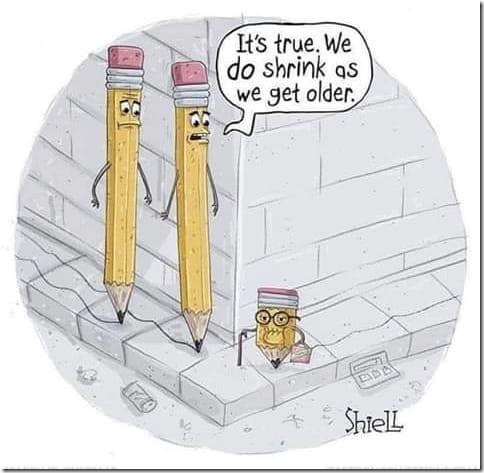