So, it’s Monday for me, Tuesday for you and it’s the only bit of Time Travel that I’ll ever get to engage in.  So, while you guys are reading this, I’ll actually be out on the base, engaged in a real life, face to face meeting for the first time in a month.  Precautions and masks in place we will be discussing, amongst other things I’m sure, getting things back on track…just like the President … trying to open the country back up again.

There are many of us who believe it is too soon.  That we haven’t peaked yet, but … we shall see.  I’m not overly concerned for myself, I have an office I can go to, where I can be safe and secure, not significantly different than working here, except that I won’t be able to communicate with you guys daily, like I do now.  But, maybe you guys are ready to be free … or a little freer.  Maybe you are sick and tired of listening to me every day.

Nah, I didn’t think so, either.

Anyway, before we get started, I wanted to tell you a story of a guy who “gets” it.  I got a comment on the blog…

credit for the “relative important in 2020, so far” graph is on my blog

We posted it several issues back, I don’t remember who even forwarded it to me, but apparently it’s Dave’s work and apparently it has gone CRAZY!  Like around the world CRAZY.  You guys all know that I don’t take any credit for the stuff that I post and that I try to give credit where credit is due and that I’ve pissed off a person or three and have had to go back into past issues and pull stuff down because I thought I was helping to pass stuff along and other people didn’t like that, even though I posted the links and all kinds of stuff and (gasp! Breath Impish!) and anyway I don’t THINK I’ve pissed Dave off, he hasn’t threatened to sue me.  He has a pretty cool website called Accidental Fire (https://accidentalfire.com/) with the subtitle of Financial Independence, Early Retirement, Outdoor Adventure, and Satire.

I connected up with an article he wrote that is right here called “It’s Okay To Laugh” (https://accidentalfire.com/2020/04/14/its-okay-to-laugh/) and I thought, here’s a brother!  At least in this area, we are thinking in the same track.

So, I’m not going to spoil it for you, but we’re not going any further until you go read it.  Go on!  I’ll wait.  I’ve got plenty of coffee.

(Okay, so you add cream to your coffee, and I’ll add what I want!)

Wasn’t that a great article!   We are really happy for your success, Dave! And to another traveler on the road to humor (satire) as a healing tool and coping mechanism, cheers!

Now, moving on to other things….

Okay, I actually missed the date on this one, but it is still really funny… 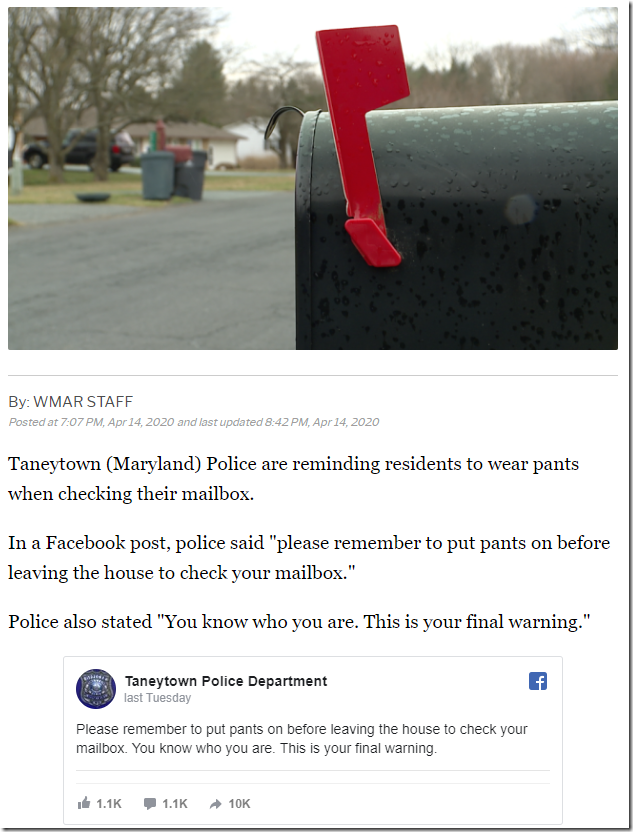 Come on people…at least pants are required to check your mail!  We haven’t fallen that far, have we?

Another good throat spray idea.  I personally haven’t tried this one, but plan on purchasing it and trying it out.  I will let you know.

She really has to go….

I got a quick note in email from Aussie Peter….

If you think Deception Bay is a cool name,

you are going to love this   !

The next suburb just north of Deception Bay is

I’ve included another Aussie gag for you.

Thanks Peter…. you cracked me up!

Okay, have you guys seen this?  People are saying that 5G is causing the Coronavirus?!  Or at least exacerbating it!  Or that 5G is killing people on it’s own?!  Seriously?  Can you believe this stupid shit?

Kim Komando wrote a really good article on it here: https://www.komando.com/kims-column/5g-coronavirus-conspiracy/735434/?utm_medium=nl&utm_source=column&utm_content=2020-04-19  called : The great 5G coronavirus conspiracy.  Check it out! 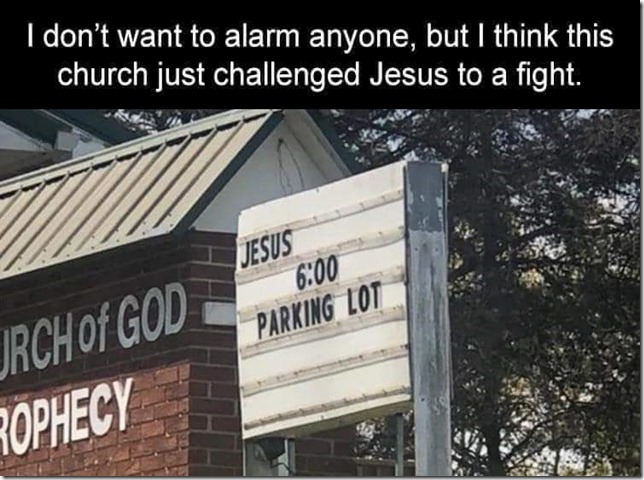 Dr. Oz says rubbing coffee grounds on your naked body prevents cellulite.  APPARENTLY you can’t do it in Starbucks.
And now the cops are here…

Uh oh…. apparently I’ve been called out on my greed…

Cute, as usual. But, if you were all over trying to find Cream of Chicken Soup and only needed two, but you took the last three, that wasn’t very nice, was it?

Dear Charcoal, nope … it wasn’t very nice.  And I feel bad.  And now I feel worse that

you’ve called me out on it.  I’m ashamed of myself.  It was greedy and wrong.  Especially since I’ve chastised so many people right here for doing the exact same thing.  All I can say is …. I’ll try to do better.

I thought I’d be trendy and try one of those “alternative milks”.  I don’t know what a magnesia is, but it made my cornflakes taste horrible! 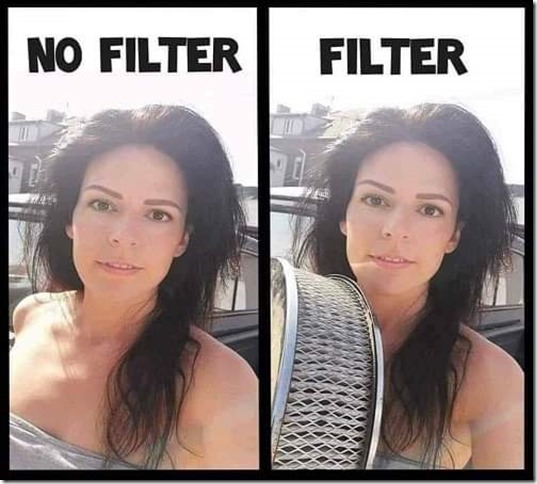 I joined a Group with Erectile Dysfunction.

It was a flop and nobody came. 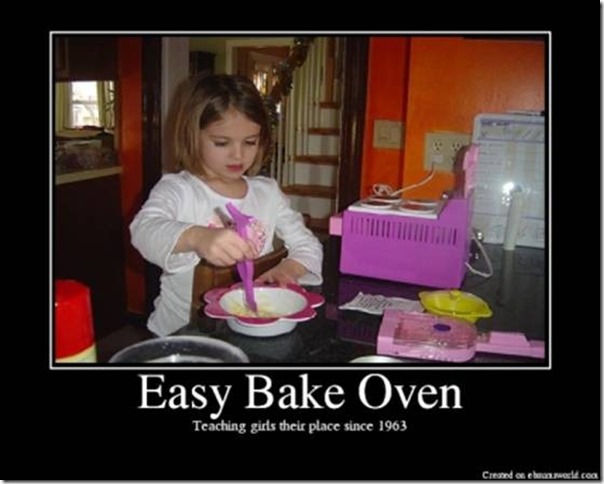 Yup, deserved that one! 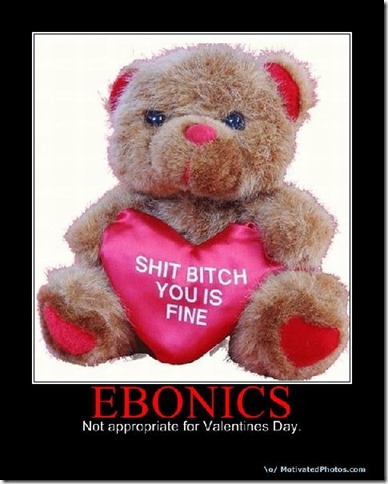 How about some more letters…

Even Utah people who are not of the faith, have become influenced by the ‘Mormon’ admonition to have a two year’s supply of food. I believe many of that church had failed to collect that much food. So when the hype hit, and the rush began they thought, “here it is, the reason we need a two year’s supply”. They weren’t buying for the week, or even the month, they were buying for two years worth!

A lot of people have shelves loaded with cans of dehydrated foods. I’m wondering if any of them have used any of that hoard? If nothing else, this food supply shortage has made it very clear, unless you are actually starving, no one eats different than they always do.

I agree, I don’t believe anyone is actually eating anything different than they have in the past, unless they are among the poor sods who are unemployed who are eating worse than they were before because they were working a job that doesn’t allow the “luxury” of unemployment money coming in now.  They are eating different now, they are eating worse.  Beans and rice and lots of pasta.  Those are the ones I feel sorry for.

I’ve seen many friends of Mrs. Dragon on social media who have put it out there that if anyone is hungry, to let someone know.  There is always room at the table for one more.  You don’t have to say so here, call me, text me … stuff like that.  And that is a true friend.  And I have always felt that way as well and I would think that any of my friends that live close enough to me would know that they could always reach out if they needed to.  I know several of you have mentioned to me that you have made food to bring to the local Fire Department and such and I wouldn’t expected anything less from my loyal campers and sadly, I’m afraid that most of us on here aren’t the ones who are hurting…or we probably wouldn’t be on here, now would we?

My household doesn’t have a lot…but we have enough…and that, praise God…is enough.

We live in a small town, so I call it grocery hunting, since most of the shelves are bare,oohoh

Yup, I understand completely Helen.  Northern Indiana is populated with nothing but small towns.  The little town where I live has a population of only 11,000 people.  That actually surprised me when I looked it up.  I didn’t think it was that many.  I’m sure many of you come from much smaller towns.    The next closest town is 850 people.  And our town is the county seat after all.  LOL.

Yup, that’s EXACTLY how that conversation would go.

Free-Falling: U.S. Oil Drops Below $5 Per Barrel As Demand Disappears

I think I had them as divorce lawyers. 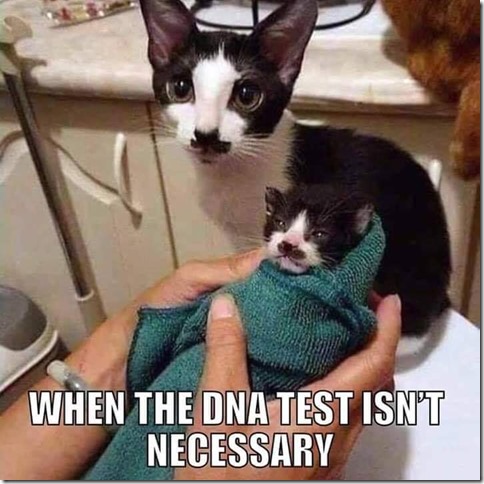 I don’t think anyone expected that when we changed the clocks earlier this month we’d go from Standard Time to the Twilight Zone.

What a year this week has been

People who ask me what I’m doing tomorrow probably assume that I even know what day of the week it is. 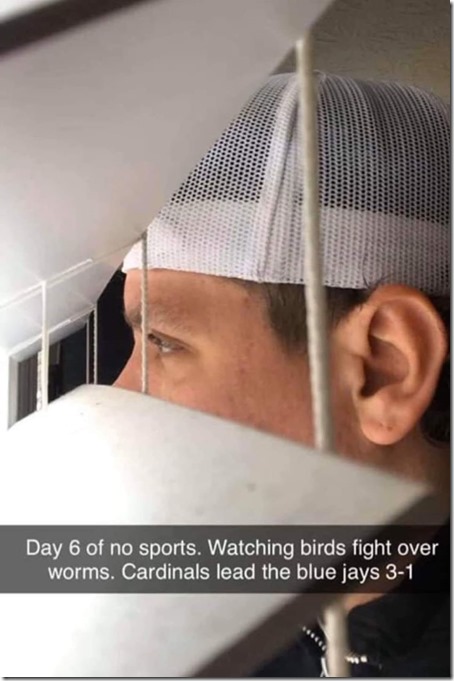 Whoever owes you money, go to there house now, they should be home.

Traffic is so much better without all you non-essentials on the road. 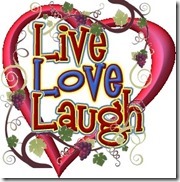 And that, dear friends, is it for today.  Remember, you can always reach me at impishdragon@gmail.com or by leaving a comment on the blog.  I love hearing from you and I don’t know if the quality of the issues have fallen off or if you guys have just gotten tired of talking to me, but the comments have fallen off lately.  But, be that as it may, you can’t get rid of me that easily, I’ll be around for a little while longer, so take care, until we meet again.  Love to you all.