So it’s Saturday morning … well, at this point, Saturday afternoon, and I’m still

working … kind of … monitoring my work station, answering a couple of emails and talking to you guys.

I actually slept in kinda late!  It was after 0900 before I rolled out of bed this morning!  It might have something to do with being woke up at 0400 by Mrs. Dragon who was woken up by a screeching cat right outside our window!  You know, when they howl like a baby wailing in the middle of the night!  My poor dogs were crying and whining and the neighbor’s dogs were barking to beat the band.  Are you surprised that it didn’t wake me up?  Not last night.  You see, there are times when Mrs. Dragon (and of course I would never admit to this in public) snores like a drunken sailor.  Last night was one of those nights so I had my trusty earplugs in….slept like a log.  Had my dogs barked instead of whined, I’d have woken up, you know, like if someone had tried to break into the house.

Anyway, chased the cat away from the house, which I’m sure the neighbors appreciated since that calmed their dogs down, and everyone got back to sleep.

So, I tried my hand at making a Taco Bell Breakfast Crunch Wrap this morning

Kinda ugly looking, didn’t taste the same, but overall, not bad.  Will try again tomorrow and see if I can’t improve on my first try.

So, what are you all doing to pass the time?

In the meantime, let’s do some laughing, shall we? 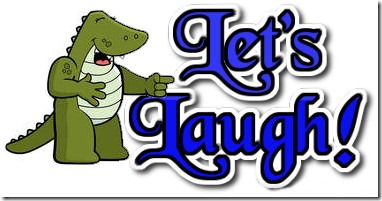 For now, the words attributed to Abraham Lincoln, “I laugh because I cannot cry,” have taken on new meaning.

If I didn’t laugh I would cry. Micah Halpern

That’s kind of our mantra around here, now isn’t it?

“Run a Department?  I wouldn’t trust you to run a bath.”  Yeah, I know guys like that.

“If your nose runs and you feet smell, then God built you upside-down.”

I feel like I should be hearing the Darth Vader theme song in the background. 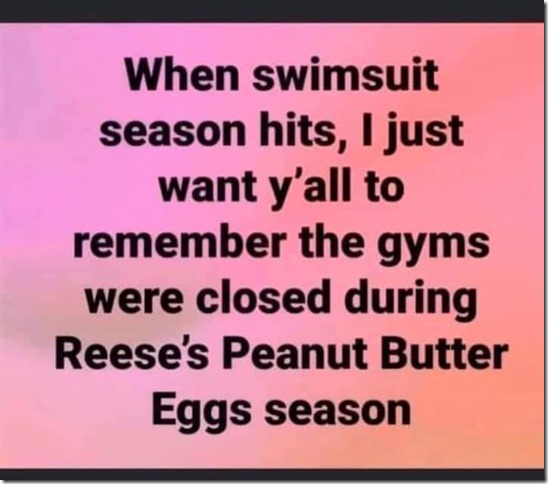 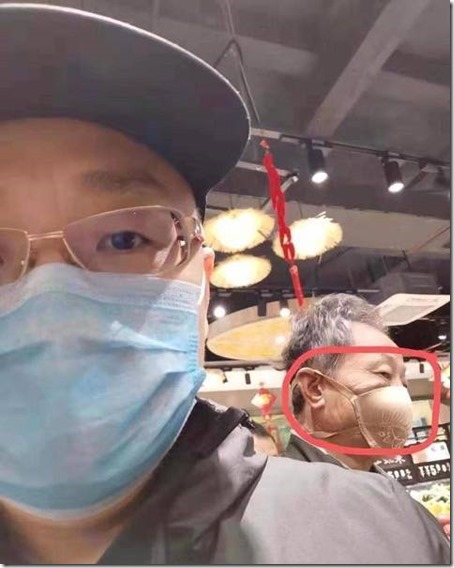 I’m willing to give him points for ingenuity and effort.

It says, “When there are no longer masks, but you are mechanical.”

So, I had to run out to the base today (still Saturday) and yes, it’s the weekend, but it was still kind of eerie.  Very quiet. Cops and firemen and such.  Couple of people moving around because we still have a mission to accomplish, but is was still weird.  I grabbed a couple of things that I needed.  Checked our mail drop to see if anything had come in that I needed to take care of.  Saw a couple of other people doing the same thing.  I guess other people figured like I did that the best way to maintain the social distancing was to go in and do things when other people aren’t normally there.  Funny thing was while I was driving there and back I saw a lady out jogging and I thought, yeah, she’s okay because there’s no one with her and she’s safe.  She’s on well traveled roads and such.  I also saw two boys on a side street, probably brothers, out throwing a baseball back and forth to each other and thought yeah they’re cool.

So you see, there are people doing things.  Things are going along.  Maybe not at the same pace that they had been, but maybe that’s not such a bad thing.

Okay, so I just had all my electronic devices go off at the same time.  Scared the living crap out of me!  I guess I’m now under a severe thunderstorm/hail/high wind/and possibly a tornado watch!  Lovely!  It could get exciting here in Northern Indiana folks!  More to follow.  LOL!

So storm checklist…take dogs out. check

Now, on to more laughter 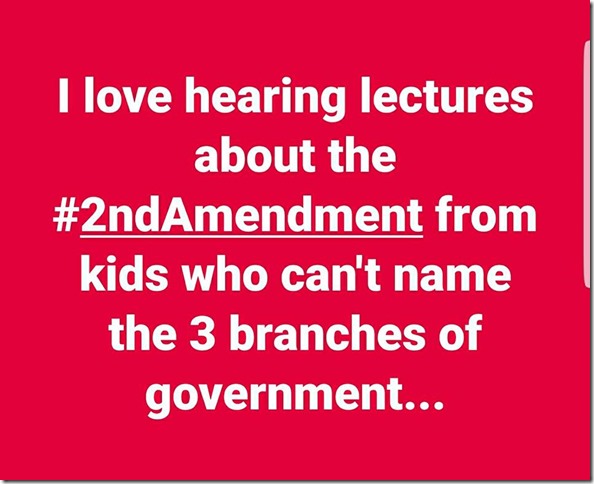 Not gonna start a 2nd Amendment discussion here…not now anyway, but suffice it to say that this is a well armed household.

And here’s a funny from Bill…

A cardinal, a bishop and a priest were at the train station awaiting a train to Pittsburgh. The priest was elected to purchase the tickets. The ticket seller was a very well endowed young lady. He couldn’t take his eyes off her chest and requested “three pickets to titsburg”.

Immediately he realized his error and ran back to advise the others what had happened. The bishop decided that he could sort things out and proceeded to the ticket counter. He could easily see the problem that the young priest had. He carefully enunciated that he wanted three tickets to Pittsburgh and gave the clerk money. She asked how he would like the change and he replied “nipples and dimes”.

He was so embarrassed that he immediately returned to tell the cardinal what had happened. The cardinal approached the clerk and told her that “two of my men have tried to obtain three tickets to Pittsburgh. You have the money. I would like the tickets and I don’t care how you give the change”. However, he felt that he should advise the young lady that her manner of dress was not appropriate. “Are you aware that your outfit is such that you put evil thoughts in the mind of every young man who sees you. You may think it funny now, but some day you will die. When you arrive at the Pearly Gates you will be met by St. Finger who will point his peter at you….”

And we will Bill, we will… 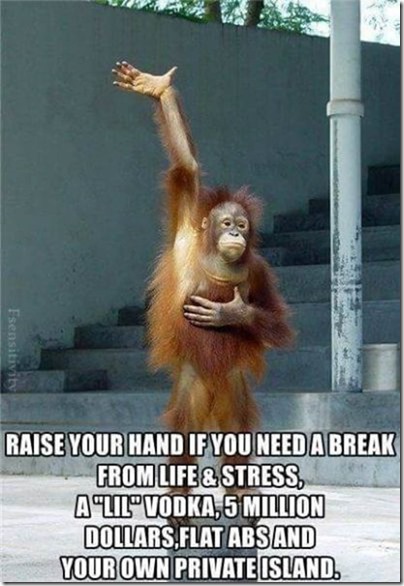 The biggest condom producer in the world is now projecting a global shortage of the popular prophylactics as the coronavirus has forced a halt in production, Reuters reports

Makes all those jokes about a baby boom in 9 months all the more likely, doesn’t it. 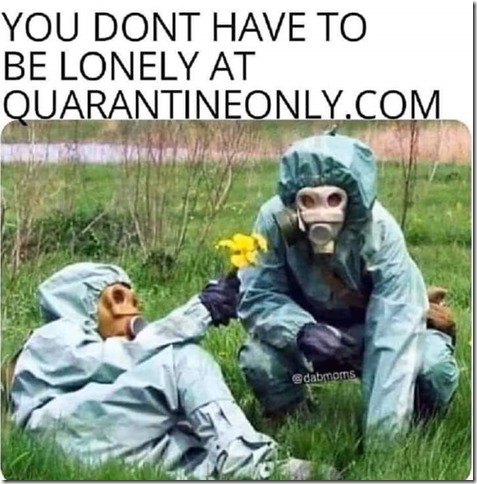 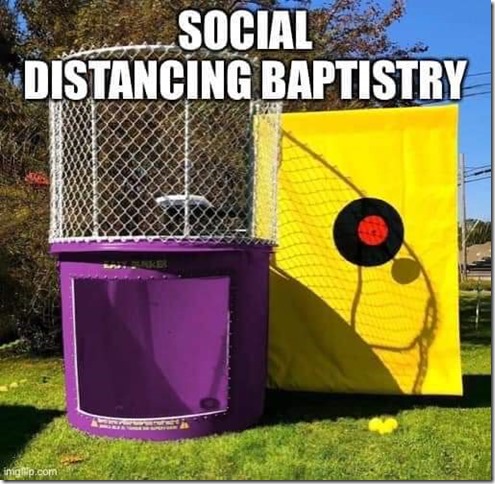 First up is Leah D…

Those people who get their left hand cut off, starve. Food is served from a communal pot, in which each person dips their hand. Only right hands are allowed to dip into the pot. I know there is a political joke trying to build itself using the ‘right’ definition, but I haven’t had enough coffee this morning!

And even though it’s now afternoon for me and the sky is starting to darken a little, yeah, I don’t want to go there either.  But, thanks Leah!

Loved the ending from Lynn.The thing sent from Martha A didn’t come through. The space was there, but no message.Love you.

Hi ya Girl Friend!  Another nursey friend from down south.  I don’t know, I saw it on my page, came through just fine.  Anyone else have any trouble reading Martha’s message?  For those of you who may have missed it, it said “Keep up the funny stuff … us nurses need it as we go and play Russian Roulette 12 hours a day!”  And yes, I loved the ending from Lynn, too!  Way too funny!

Aww, thanks Mom!  Love you! 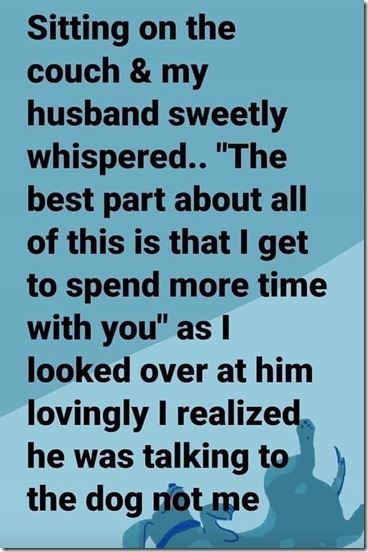 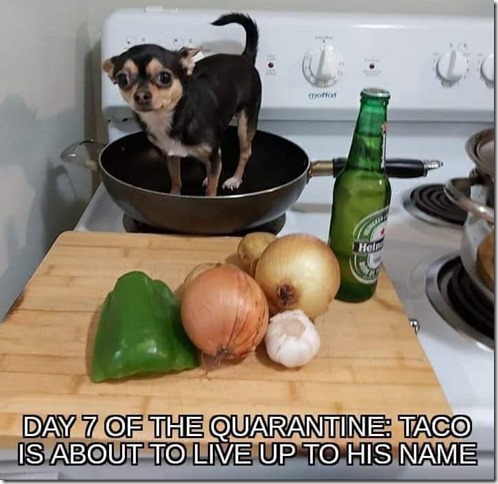 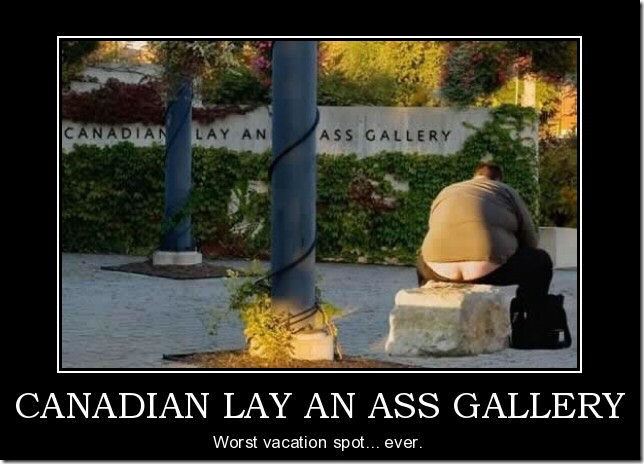 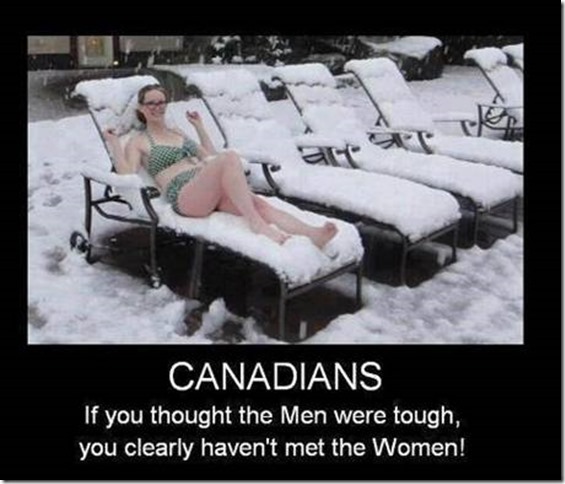 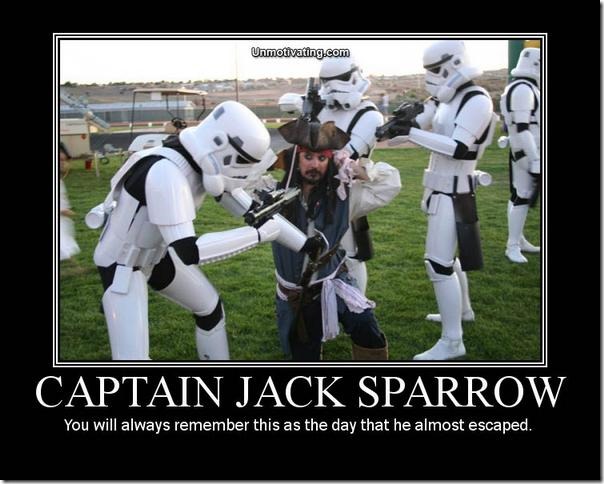 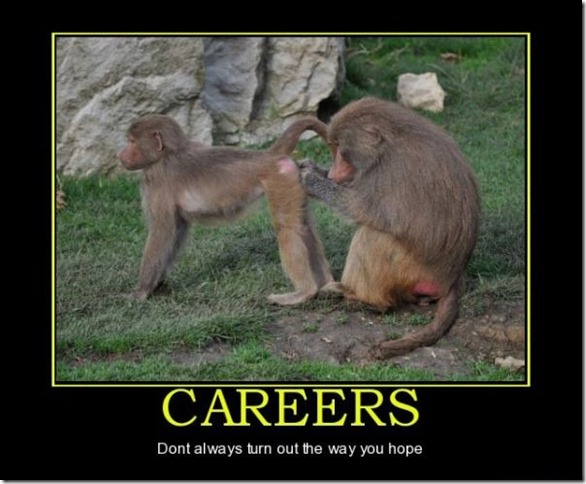 People suck.  Just read about a company in Austin, Texas that is asking their employees to sign a form that they would agree to waive their pay for the time that they got their stimulus checks from the government, in exchange for not losing their jobs and that the company would take half of the $500 for each of their kids.  Half the company is already laid off, the only chance these people have to get caught up are these checks and the company wants to take them.  Oh, and you gotta keep working.

Now, I want this to be a clean fight!

Okay, so a shorter update for today, maybe a longer one tomorrow, we’ll see.  But, I’m signing off for now.

Love to you all, stay safe.