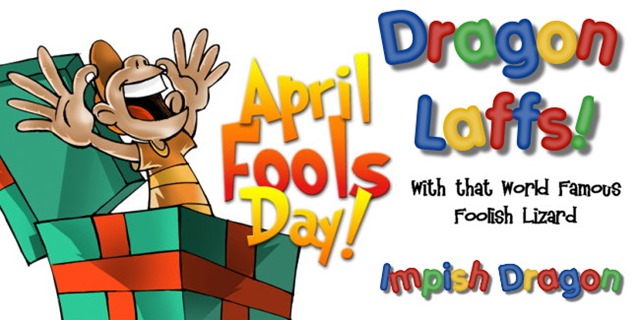 Yes indeed, April Fool Day is on Monday. And with as 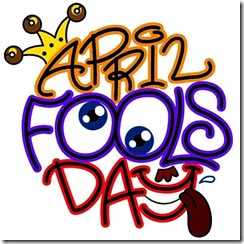 many people as I’ve “April Fooled” in the past, I really think I ought to take the day off and hide in my cave…

But, I’m not going to.  I mean, you know….you have to live on the edge sometimes, right?

Throughout today’s issue, I’ll be telling you about some of the top 100 April Fool’s Day Hoaxes of all time, courtesy of the Museum of Hoaxes from the hoaxes.org website.  I won’t give you all 100 (you can go here: http://hoaxes.org/aprilfool if you want to read them all) but just some of them that made me smile.

So, without further ado, let’s get started. 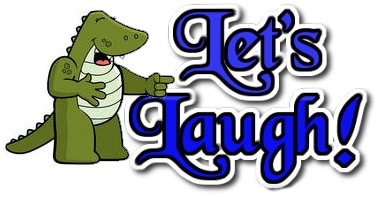 The first one is an easy one and also the one hoax that makes almost everyone’s top spot.

April 1, 1957: The respected BBC news show Panorama announced that thanks to a very mild winter and the virtual elimination of the dreaded spaghetti weevil, Swiss farmers were enjoying a bumper spaghetti crop. It accompanied this announcement with footage of Swiss peasants pulling strands of spaghetti down from trees. Huge numbers of viewers were taken in. Many called the BBC wanting to know how they could grow their own spaghetti tree. To this the BBC diplomatically replied, “place a sprig of spaghetti in a tin of tomato sauce and hope for the best.” Even the director-general of the BBC later admitted that after seeing the show he checked in an encyclopedia to find out if that was how spaghetti actually grew (but the encyclopedia had no information on the topic). The broadcast remains, by far, the most popular and widely acclaimed April Fool’s Day hoax ever, making it an easy pick for number one.

Why couldn’t I go on a school trip like that!?

So this next April Fool’s Hoax is a favorite of mine because of the effort this guy had to go through to pull it off.

#3: The Eruption of Mount Edgecumbe

April 1, 1974: The residents of Sitka, Alaska woke to a disturbing sight. Clouds of black smoke were rising from the crater of Mount Edgecumbe, the long-dormant volcano neighboring them. People spilled out of their homes onto the streets to gaze up at the volcano, terrified that it was active again and might soon erupt. Luckily it turned out that man, not nature, was responsible for the smoke. A local practical joker named Porky Bickar had flown hundreds of old tires into the volcano’s crater and then lit them on fire, all in a (successful) attempt to fool the city dwellers into believing that the volcano was stirring to life. According to local legend, when Mount St. Helens erupted six years later, a Sitka resident wrote to Bickar to tell him, “This time you’ve gone too far!”

Why is this not listed in my calendar?  I need a date!

I love this next hoax because it just goes to prove Robert Heinlein’s old adage: “Never Underestimate The Power of Human Stupidity.”

April 1, 1996: The Taco Bell Corporation took out a full-page ad that appeared in six major newspapers announcing it had bought the Liberty Bell and was renaming it the Taco Liberty Bell. Hundreds of outraged citizens called the National Historic Park in Philadelphia where the bell was housed to express their anger. Their nerves were only calmed when Taco Bell revealed, a few hours later, that it was all a practical joke. The best line of the day came when White House press secretary Mike McCurry was asked about the sale. Thinking on his feet, he responded that the Lincoln Memorial had also been sold. It would now be known, he said, as the Ford Lincoln Mercury Memorial. 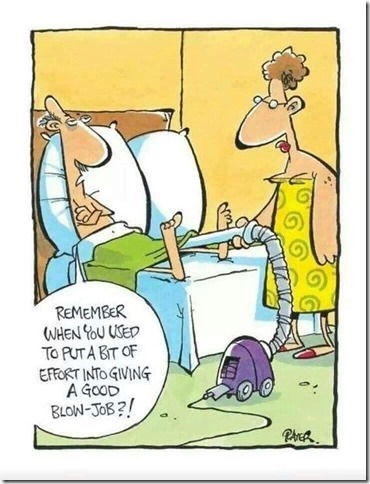 This one is great!

The April 1985 issue of Sports Illustrated revealed that the New York Mets had recruited a rookie pitcher named Sidd Finch who could throw a baseball at 168 mph — 65 mph faster than the previous record. Surprisingly, Sidd Finch had never played baseball before, but he had mastered the “art of the pitch” in a Tibetan monastery. Mets fans couldn’t believe their good luck and, accepting at face value the peculiarities of Sidd Finch’s past, flooded Sports Illustrated with requests for more information. But in reality this amazing player only existed in the imagination of author George Plimpton, who had left a clue in the sub-heading of the article: “He’s a pitcher, part yogi and part recluse. Impressively liberated from our opulent life-style, Sidd’s deciding about yoga —and his future in baseball.” The first letter of each of these words, taken together, spelled “H-a-p-p-y A-p-r-i-l F-o-o-l-s D-a-y — A-h F-i-b”.

It figures it would be George Plimpton who wrote the article.

I like this next one because it hits so close to home.  Being in the Air Force when we got a new guy in the shop we would send him out for a “Left-Handed Smoke Shifter” or 25 feet of “flight line” or a gallon of “prop wash”…you get the idea.  So the fact that Burger King came up with this next one…well…let’s just say that they’re my kinda people.

April 1, 1998: Burger King published a full page advertisement in USA Todayannouncing the introduction of a new item to their menu: a “Left-Handed Whopper” specially designed for the 32 million left-handed Americans. According to the advertisement, the new whopper included the same ingredients as the original Whopper (lettuce, tomato, hamburger patty, etc.), but all the condiments were rotated 180 degrees for the benefit of their left-handed customers. The following day Burger King issued a follow-up release revealing that although the Left-Handed Whopper was a hoax, thousands of customers had gone into restaurants to request the new sandwich. Simultaneously, according to the press release, “many others requested their own ‘right handed’ version.” Left-handed products of various kinds are actually an old joke on April first, but Burger King’s announcement quickly became, by far, the most famous version of the joke.

And for the final one of the day, what could be more appropriate than a comic themed hoax?

April 1, 1997: When comic strip fans opened their papers, they discovered that their favorite strips looked different. Not only that, but in many cases characters from other strips popped up out of place. The reason for the chaos was the Great Comics

Switcheroonie. Forty-six comic-strip artists conspired to pen each other’s strips for the day. For instance, Scott Adams of Dilbert took over Family Circus by Bil Keane, where he added a touch of corporate cynicism to the family-themed strip by having the mother tell her kid to “work cuter, not harder.” Jim Davis of Garfield took over Blondie, which allowed him to show his famous overweight cat eating one of Dagwood’s sandwiches. The stunt was masterminded by Rick Kirkman and Jerry Scott, creators of the Baby Blues comic strip. When asked why he participated, Scott Adams noted, “You don’t get that many chances to tunnel under the fence.”

I hate how you’re just born out of nowhere, forced to go to school and get an education, so you can get a job.  What if I wanted to be a duck? 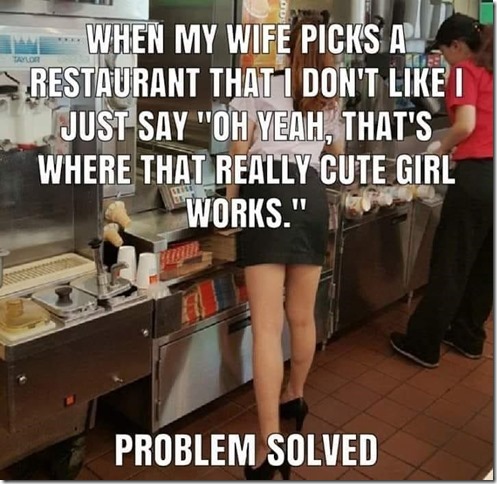 Two Texans were out on the range talking about their favorite sex positions.

One said, “think I enjoy the rodeo position the best.”

“I don’t think I have ever heard of that one,” said the other cowboy. “What is it?”

“Well, it’s where you get your wife down on all fours and you mount her from behind.  Then you reach around and cup each one of her breasts in your hands and whisper in her ear, ‘These feel just like your sister’s.”

Then you try to stay on for 8 seconds.

The guy who invented throat lozenges died last week!  There was no coffin at his funeral!!!

Don’s wife had recently died and she was being buried.

Don was sobbing and was being consoled by his friends.

“Don’t worry Don, in five or six months you may meet a beautiful lady who will make you happy.”

If Sex Was Sold in a Grocery Store

* Men would do a much better job of searching for and clipping coupons.
* Hookers are renamed “Special Stock Girls.”
* If you ever were not “prepared”, you could always go to Aisle 8..
* There’s gonna be confusion over Trix on Aisle 3 and “Tricks” on Aisle 10.
* Clean up on Aisle 10 would take on a whole new meaning.
* Same with the phrase “Freshness Dating.”
* Same with “Buy One, Get One Free.”
* No one wants to win the One Millionth Shopper award.
* Paper or Plastic or Rubber?
* Some men would still be in the Express Lane.

These are all from Diaman.  Thanks, Mom! 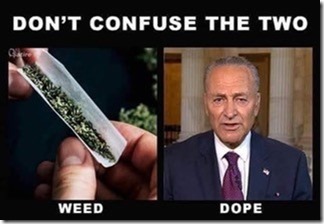 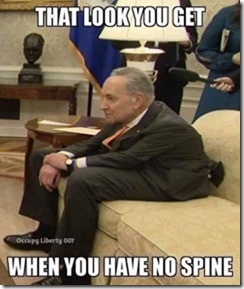 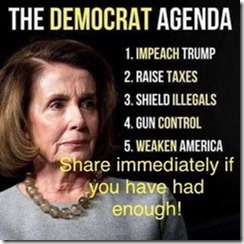 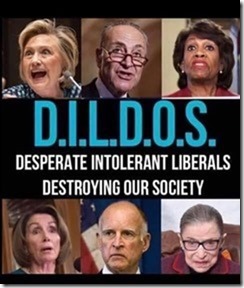 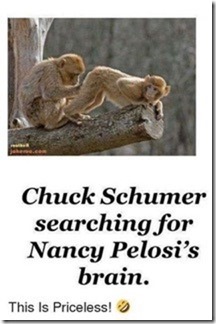 So, if we’re doing collections, we’ve got to do these… 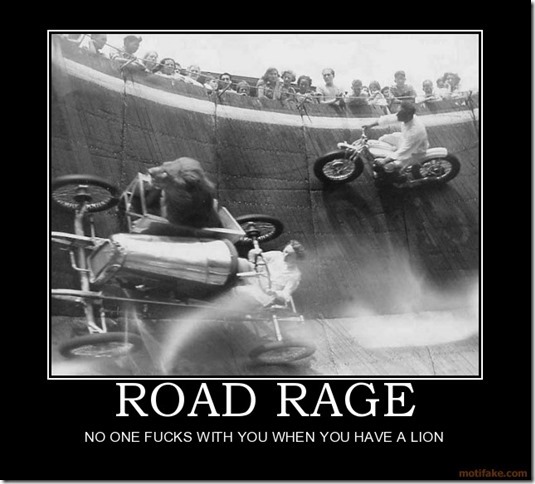 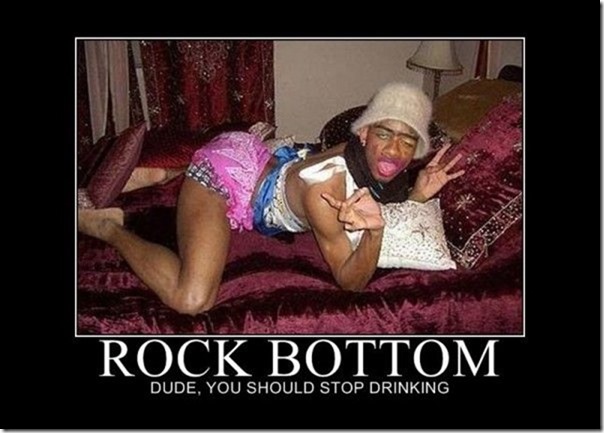 Let’s throw a couple of more laffs around and then call it a day, shall we?

Okay, so that last one was REALLY tenuous.  I guess you’ve got to be a certain age to get it. 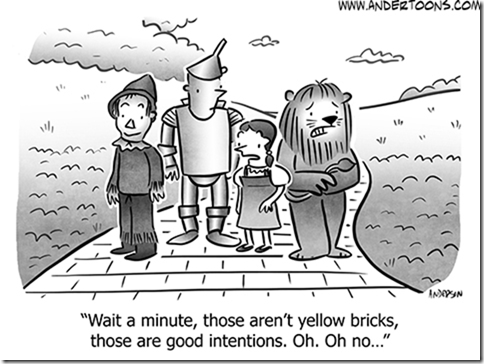 And that’s it my friends.  Love to you all.