Posted on August 16, 2017 by lethalleprechaun 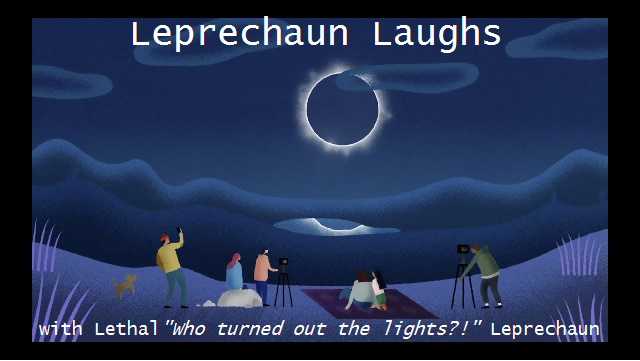 Aww BUGGER! Can’t make up my mind so I’m just going to use both opening banners I came up with for this week’s issue!

Ok so unless you’re living completely off the grid (in which case you’re not reading this), under a rock, or hiding from wood/industrial chippers and preparing for hip replacement surgery you know there is a solar eclipse in the near future. Monday August 21st to be exact.

I’m focusing today’s issue on basically everything you need to know about the upcoming event so you’ll have plenty of time and knowledge to prepare for it. We’ll also have a few sun themed music videos and jokes just to keep you all from falling asleep on me.

The day the sun disappears is coming!

(CNN) – In less than a month, on August 21, the sun will disappear across America.

For a swath of the country from Portland, Oregon, to Charleston, South Carolina, it will look like someone just turned off the sun in the middle of the day.

Fourteen states across the US will experience about two minutes of darkness as the eclipse crosses from coast to coast between 10:15 a.m. Pacific Time in Oregon until about 2:45 p.m. Eastern Time in South Carolina.

Even if you live elsewhere in North America, a portion of the sun will partially disappear near midday. Parts of South America, Africa, Europe and Asia will also experience a partial eclipse.

It is being called the “Great American Eclipse.” And you can mark it on your calendar, down to the millisecond.

Federal agencies like NASA, NOAA, the National Park Service and the Federal Highway Administration all have plans to enable safe viewing of the eclipse, up-to-the-minute weather forecasts, crowd management and navigating traffic and parking.

“Never before will a celestial event be viewed by so many and explored from so many vantage points: from space, from the air and from the ground,” said Thomas Zurbuchen, associate administrator of NASA’s Science Mission Directorate. “With our fellow agencies and a host of scientific organizations, NASA will continue to amplify one key message: Take time to experience the August 21 eclipse, but experience it safely.”

Researchers will also take advantage of the rare eclipse to study the sun and the Earth using instruments on the ground and in space. 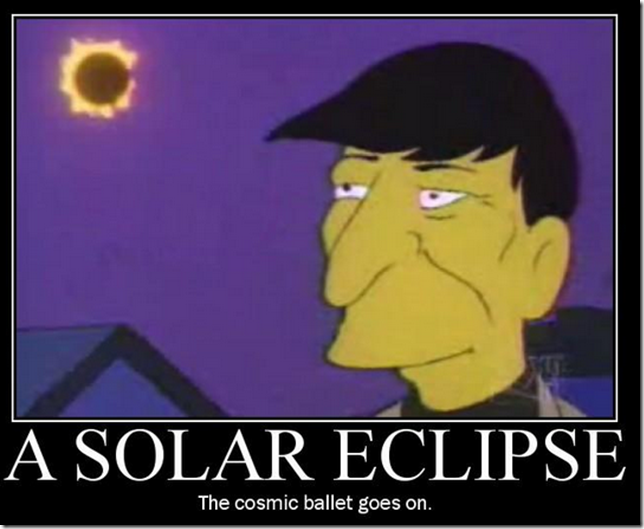 Okay, I apologize but I had to get this musical pun in before Impish decided to use it.

What is a solar eclipse?

On Monday, August 21, 2017, all of North America will be treated to an eclipse of the sun. Anyone within the path of totality can see one of nature’s most awe-inspiring sights – a total solar eclipse. This path, where the moon will completely cover the sun and the sun’s tenuous atmosphere – the corona – can be seen, will stretch from Lincoln Beach, Oregon to Charleston, South Carolina. Observers outside this path will still see a partial solar eclipse where the moon covers part of the sun’s disk.

This celestial event is a solar eclipse in which the moon passes between the sun and Earth and blocks all or part of the sun for up to about three hours, from beginning to end, as viewed from a given location.  For this eclipse, the longest period when the moon completely blocks the sun from any given location along the path will be about two minutes and 40 seconds.  The last time the contiguous U.S. saw a total eclipse was in 1979.

Who Can See It?

Lots of people! Everyone in the contiguous United States, in fact, everyone in North America plus parts of South America, Africa, and Europe will see at least a partial solar eclipse, while the thin path of totality will pass through portions of 14 states.

Where Can You See It?

You can see a partial eclipse, where the moon covers only a part of the sun, anywhere in North America (see “Who can see it?”). To see a total eclipse, where the moon fully covers the sun for a short few minutes, you must be in the path of totality. The path of totality is a relatively thin ribbon, around 70 miles wide, that will cross the U.S. from West to East.  The first point of contact will be at Lincoln Beach, Oregon at 9:05 a.m. PDT. Totality begins there at 10:16 a.m. PDT.  Over the next hour and a half, it will cross through Oregon, Idaho, Wyoming, Montana, Nebraska, Iowa, Kansas, Missouri, Illinois, Kentucky, Tennessee, Georgia, and North and South Carolina.  The total eclipse will end near Charleston, South Carolina at 2:48 p.m. EDT.  From there the lunar shadow leaves the United States at 4:09 EDT.  Its longest duration will be near Carbondale, Illinois, where the sun will be completely covered for two minutes and 40 seconds. 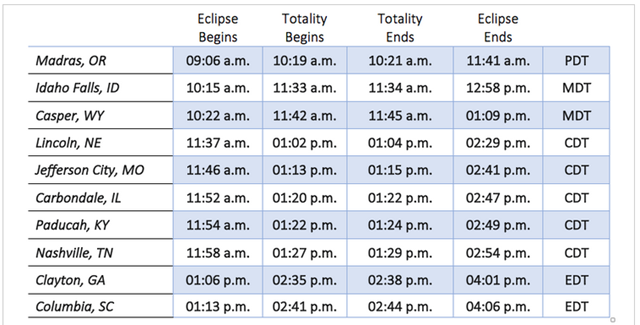 When Can You See It?

How Can You See It?

You never want to look directly at the sun without appropriate protection except during totality.  That could severely hurt your eyes.  However, there are many ways to safely view an eclipse of the sun including direct viewing – which requires some type of filtering device and indirect viewing where you project an image of the sun onto a screen. Both methods should produce clear images of the partial phase of an eclipse.  Click here for eclipse viewing techniques and safety.

Go to this website and enter any zip codes of interest and it will show you what the eclipse will look like at that area.

It will also show the time of maximum coverage.

Solar Eclipse 2017: Why One Portland Physicist Says Stay Away From The Water

[You’d think the unobstructed view from the water would be a great place to view a solar eclipse just as it is meteor showers.  You might need to rethink that plan!- L.L.]

Physicist Jack Straton has almost seen a total solar eclipse. It happened once, on February 26th, 1979. On that fateful day 38 years ago, the astronomy buff headed out to view the mystical blackened sun beside a Stonehenge replica, on the banks of the Columbia River.

He says that eclipse event was a relatively “sleepy” one: a lone group of hippies clouded in smoke gathered around the river rocks, and it was “pot smoke so deep you couldn’t see the stones,” as Straton remembers.

But then, just as the eclipse was nearing its ultimate moment, when the Earth’s brightest star would be briefly gobbled up by the moon’s dark silhouette – everything changed.

“I had a perfect view, up until 2 minutes before totality.” That’s when Straton says the temperature dipped so suddenly, he missed the exact celestial moment he’d been waiting for:

“Mist rose off the river, and entirely blocked the total eclipse,” he says.

So this August, the star-gazer’s not taking any chances.

He’s been out scouting camping sites in Oregon’s national parks, picking out a few ideal eclipse-catching spots (away from the water this time.)

It’s all in the hope of glimpsing that magic moment of total eclipse, when the outermost atmosphere of the sun known as the ‘solar corona,’ comes into sight, and energetic particles stream out from the sun, bursting into our earthly view.

“It’s this big filamentary halo,” Straton says. “That, apparently, is glorious – although I can’t testify by my own eyes.”

Katrina & The Waves – Walking On Sunshine