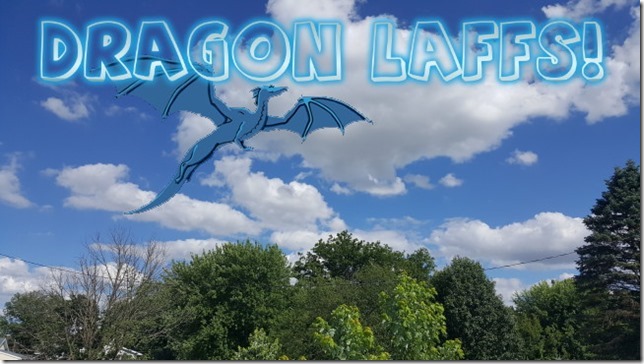 And an interesting couple of days it’s been since we last spoke.  I’ve been working pretty much non-stop and I’m working this weekend…this morning…while you’re reading this…

Don’t even worry about the fact while you’re sitting at home, relaxing, drinking coffee, having your favorite pastry, poor Impish Dragon is at work and … oh, never mind, even I can’t feel sorry for myself with such great readers as you guys.

So I figured a real groaner right from the start ought to be the way to start this issue that has a very short working time.  So, now that we’ve set the expectation meter at zero, let’s continue!

Children need to learn to take responsibility for their actions so that they do not become adults believing that nothing is ever their fault!

Call it a statement of belief. 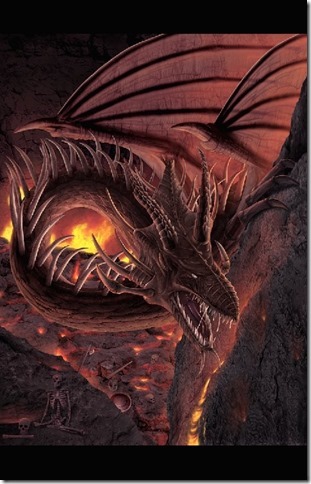 Two-year-old spits food out on the floor…

Dream a little dream of me…

This next one scares me…

And if you can’t figure out why, that scares me, too.

Who invented the backup sensor?

I bet you think it was Ford, maybe GM, how about Chrysler, No ? Then how about Mercedes Benz, or possibly the French or Italians ?

Nope ! It was a Chinese farmer !

Lots of the newer cars have a backup sensor that warns the driver before the rear bumper actually comes in contact with something.

Surprisingly, it was not developed by modern automotive engineers using the latest technology.  It was disclosed recently that the first to developed the Back-Up Sensor was a Chinese farmer.

His invention was simple and effective. It emits a high-pitch sound before the vehicle backs into something.

Okay, so I’m warning you up front…

Once there was an auto mechanic who worked at his home. He had a dog named Mace. Mace was a good dog but he had one bad habit. He ate grass. Now most dogs will eat grass but Mace ate all the grass. The mechanic kept Mac in the house most of the time. One afternoon when the mechanic was working on a car, he dropped a wrench. Now the grass had become overgrown and the mechanic looked and looked through the tall grass but he couldn’t find the wrench. As it was late in the afternoon, he decided to stop work for the day and wait for to look for the wrench. Somehow, during the night, Mace got out of the house. The next morning when the auto mechanic opened the door, the sun was glinting off the wrench. Mace had eaten all the grass in the yard.
The mechanic lifted his eyes toward the sky and sang, “A grazing Mace, How sweet the hound, that found the wrench for me.” 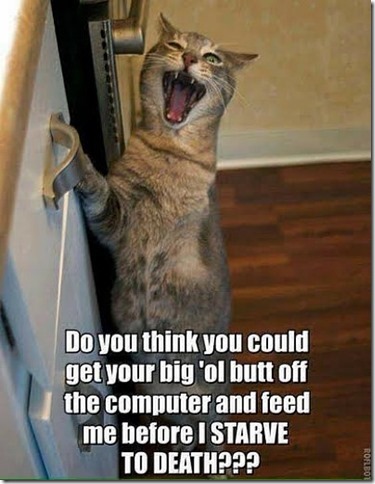 Maybe that should’ve gone with the other groaners?

Tensions on the Korean peninsula continue to heat up, North Korea provocatively building its threat of missile strikes, while the US continues to express its frustrations with the politically isolated regime.

Recently, North Korea escalated the military build up by unveiling its new military planes.  They say that these new planes will be actively used by their air force as early as this August. 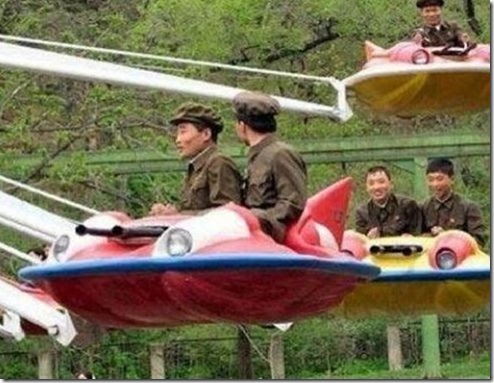 Oh crap!  I’m really sorry.  That one should have been given a warning, also. 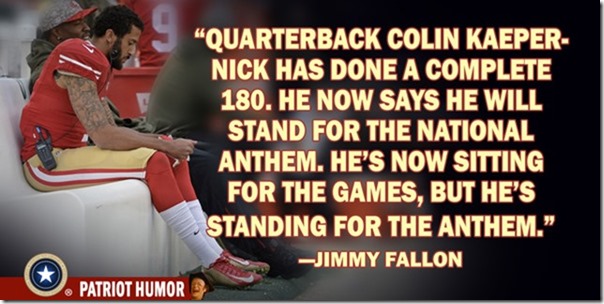 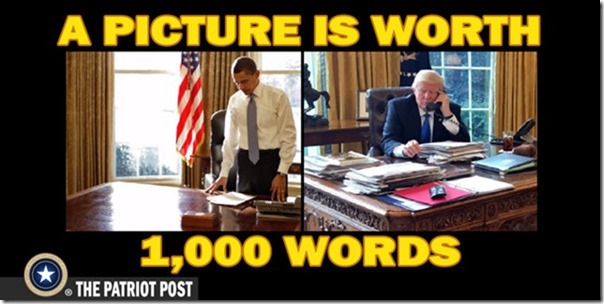 I wasn’t getting nearly enough food on just one!

Okay, so of our boys in blue aren’t the brightest bulbs in the box. 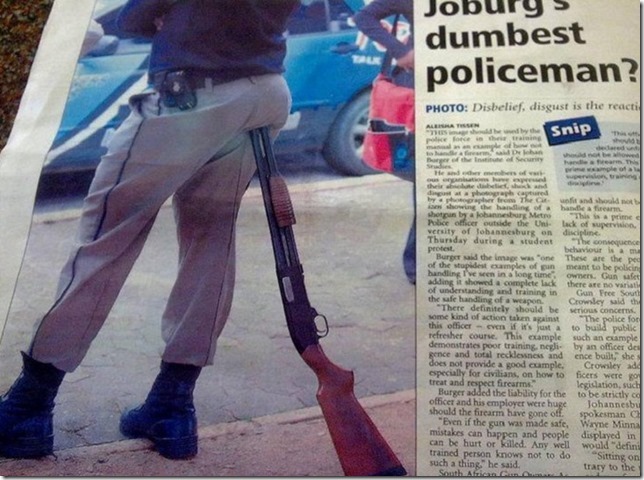 Okay, I’m really sorry, but this is the last one…I promise.

After Quasimodo’s death, the bishop of the cathedral of Notre Dame sent word through the streets of Paris that a new bellringer was needed. The bishop decided that he would conduct the interviews personally and went up into the belfry to begin the screening process.
After observing several applicants demonstrate their skills, he decided to call it a day when a lone, armless man approached him and announced that he was there to apply for the bellringers job. The bishop was incredulous, “You have no arms!”
“No matter,” said the man, “Observe!”
He then began striking the bells with his face, producing a beautiful melody on the carillon. The bishop listened in astonishment, convinced that he had finally found a suitable replacement for Quasimodo.
Suddenly, rushing forward to strike a bell, the armless man tripped, and plunged headlong out of the belfry window to his death in the street below.
The stunned bishop rushed to his side. When he reached the street, a crowd had gathered around the fallen figure, drawn by the beautiful music they had heard only moments before. As they silently parted to let the bishop through, one of them asked, “Bishop, who was this man?”
“I don’t know his name,” the bishop sadly replied, “but his face rings a bell.”

Okay, so I couldn’t help that last one…so…let’s just call it a day.  Let’s wrap up with something our dearly loved Diaman sent to me as today’s

A young lady  confidently walked around the room while leading and explaining stress management to an audience; with a raised glass of water, and everyone knew she was going to ask the ultimate question, ‘half empty or half full?’.

She fooled them all…

“How heavy is this glass of water?”, she inquired with a smile.

She replied, “The absolute weight doesn’t matter. It depends on how long I hold it.

If I hold it for a minute, that’s not a problem.

If I hold it for an hour, I’ll have an ache in my right arm.

If I hold it for a day, you’ll have to call an ambulance.

In each case it’s the same weight, but the longer I hold it, the heavier it becomes.” She continued, “And that’s the way it is with stress. If we carry our burdens all the time, sooner or later, as the burden becomes increasingly heavy, we won’t be able to carry on.”

“As with the glass of water, you have to put it down for a while and rest before holding it again.  When we’re refreshed, we can carry on with the burden – holding stress longer and better each time practiced.

So, as early in the evening as you can, put all your burdens down. Don’t carry them through the evening and into the night. Pick them up tomorrow.

Whatever burdens you’re carrying now, let them down for a moment.

Relax; pick them up later after you’ve rested.

Enjoy it and the now ‘supposed’ stress that you’ve conquered!”

2. Always keep your words soft and sweet, just in case you have to eat them.

3. Always read stuff that will make you look good if you die in the middle of it.

4.  Drive carefully… It’s not only cars that can be recalled by their Maker.

5. If you can’t be kind, at least have the decency to be vague

6. If you lend someone $20 and never see that person again, it was probably worth it.

7. It may be that your sole purpose in life is simply to serve as a warning to others.

9. Never put both feet in your mouth at the same time, because then you won’t have a leg to stand on.

10. Nobody cares if you can’t dance well. Just get up and dance.

11.  Since it’s the early worm that gets eaten by the bird, sleep late.

12.  The second mouse gets the cheese.

13.  When everything’s coming your way, you’re in the wrong lane.

14.  Birthdays are good for you. The more you have, the longer you live.

15. You may be only one person in the world, but you may also be the world to one person.

16.  Some mistakes are too much fun to make only once.

17. We could learn a lot from crayons. Some are sharp, some are pretty and some are dull. Some have weird names and all are different colors, but they all have to live in the same box.

18. A truly happy person is one who can enjoy the scenery on a detour.

And that’s it for me today my great campers.  Be well, until we meet again.