So, I get home from my mundane job, in the mythical world of humans and I’m ready to put this issue to the presses…and what happens?  I have no internet!

It seems we had some power outages and the router never recovered.  So, I spent the next 3 hours on the phone with my internet provider, not mentioning any names here (cough! AT&T cough!).

I immediately ran to the darkest, deepest closet I could find.  I knew that Hell Boy and Silvia were on there way.  All Lethal had to do was find out and I was sunk.

But, I couldn’t let you guys hang, so I called him.  I figured I’d try and slip it in the conversation, maybe I could get him worried about something else and slip it in.

“No.  You can’t have any extra time.  I just got off the phone with the printers and they say you haven’t gotten your issue to them yet and they want to get it to print and come back to the island.  Now, do I have to have Hell Boy come give you a talking to?”

Well, Lethal laughed like crazy.  It went on for several minutes.  Then he finally managed to squeak out, “No…just no. Now, tell me what’s really going on.”

“They said the router is out of sync and it won’t be fixed until Saturday night or Monday and there’s nothing I can do about it.”  After this I wheeled my chair to the closet and locked myself in.

“Is that all….here’s what you do…  You know what, you can’t be trusted.  Let me talk to the Izzy Dragon.”

They talked for a couple of minutes and she said sure, she’ll take care of it and hung up the phone.  Then she turned to me and said, “Dad, you owe me big!”

Ten minutes later, the internet was back on, and when I asked her what she did, all she would tell me was that Uncle Lethal said to tell you that I uploaded an NSYNC album and it fixed the sync problem with the router.

Now, I know that won’t work…

Okay, so yeah.  This actually belongs in the “You Can’t Fix Stupid” Category, but I thought it was SO INCREDIBLY STUPID that it deserved the premier spot as the first laugh.

Okay…so, I said down and had a long talk with myself and things didn’t go so well.  Now, I’m grounded.

This is great advice and something, when I was managing restaurants I’d try to teach my assistant managers, although not with quite this finesse.
Be decisive.
Right or wrong, make a decision.
The road of life is paved with flat squirrels who couldn’t make a decision.
I always told my managers, “Make a decision.  Right or wrong.  If it’s right you did good.  If it’s wrong, you learned a lesson.  There isn’t anything you can do in this restaurant, that I can’t fix or undo.” And I think that helped a lot.  Giving someone who works for/with you permission to make mistakes is critical to not only being a good leader, but having a successful organization.  Organizations with a “one mistake mentality.” Meaning screw up once and you’re outta here!  Those kinds of places don’t last long.  Or they are government run.
I know, you just saw Hillary and lots of other high profile government employees make all kinds of mistakes, actually doing the wrong thing on purpose, and not getting in any trouble.
I’m talking about the younger peons.  Making one mistake can get you fired, really easily.
Or in the military.  There is a thing called an “Article 15” which references that article in the UCMJ (Uniform Code of Military Justice) which allows for non-judicial punishment for some offenses for someone who is worth saving.  That would be an excellent example of NOT having a “One Mistake Mentality” and that’s the way it used to be when I was a young airman.
But, that’s not the way it is now.
Nowadays, you can still get an “Article 15” but it’s pretty much a career killer.  You will now no longer be able to attain the highest ranks and if that was your goal, it is lost.
Very few people can recover from an “Article 15” and if you are an NCO…for get it.  It will follow you around and someone else will always be selected before you.
Not like the old days.  Not when I was a young man and had…well…let’s say more than a couple of “Article 15s”.
Two of my favorites (yes, that means there were more than 2) were for calling a captain a twit (she deserved it and that was only what I said loud enough for anyone to hear, what I said below my breath would be bleeped out in a PG rated movie) and the second was for sword fighting in the dorms.
No, I won’t describe that one.  I’ll leave that one for another lesson. 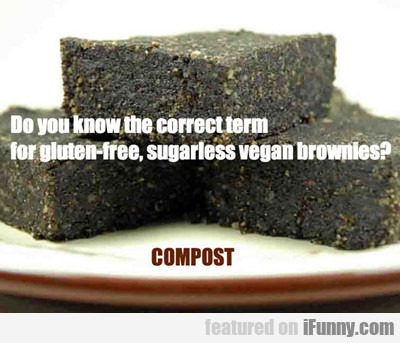 I have a relative (let’s just leave the description at that) who is a vegan and somehow I think this particular person would love these.
YUCK!

Okay, so now I ask for your help.  This monstrosity was on my window when I came home the other day.

When I prodded it with a pen, it grabbed ahold hard with those giant pinchers in the front.

Total length is about 4-5 inches and when I finally prodded it enough to get it to fly off, it kinda flew like a cross between a dragonfly and a hummingbird.

It was pretty damn weird.  I’ve been on this earth for almost 58 years and this is the first time I’ve seen anything like this bug.

I guess it just goes to show you that you’re never too  old to see something new. 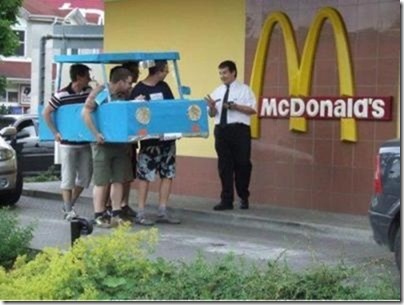 I can honestly say, with no doubt in my mind, that when we were younger, myself, Lethal, Ginny and Diaman would totally have done this.

A prostitute went to see a psychiatrist.
When he asked her to lie down on his couch, she replied, “I’ve been working all day. Do you mind if I stand?”
One intimate question led to another, and soon they were both lying down and screwing like rabbits.
When it was over, they were both quiet for a moment and then commented simultaneously, “That’ll be two hundred dollars, please!”

A wonderful, artist’s rendition of my cousin Vinnie.  Yeah, I know, but he’s a Jersey Dragon, so what do you want?

Okay, so this next one is from Ginny and it’s a grade A…

It just so happens that Princess Di and Dolly Parton make it to the gates of Heaven on the same day.

Saint Peter meets them at the gates and tells them that there is only one opening to be had so they needed to give their best reason why they should be admitted to Heaven.

Dolly opens her shirt to reveal her magnificent breasts and tells Saint Peter to take a good look.

“Have you ever seen such a marvelous sight as these that God gave me?  Surely these alone should be reason enough to admit me through these gates”.

Princess Di just pulls out a bottle of seltzer water, shakes it, shoves it up her privates and lets fly with the foaming water.

“Sorry Dolly,” says Saint Peter “but you know that a Royal Flush beats a pair any day.”

In case you don’t realize it.  The little smilie is doing a rim shot.  Now, if you don’t know what THAT is…then here’s a demonstration.

So now you know.

Yeah, there’s a LOT of good reasons for that…but I ain’t going into that here.  We’ll be here all day.

Now a quick video that should win the cuteness of the year award.

This special picture is from Ginny’s collection.  She says it is one of her relatives, but won’t tell me who, give me her phone number or tell me how to get a hold of her.  That’s really not fair.

Four old timers were playing their weekly game of golf, one remarked how nice it would be to wake up on Christmas morning, roll out of bed and without an argument go directly to the golf course, meet his buddies and play a round.

His buddies all chimed in said, “Let’s do it! We’ll make it a priority. Figure out a way and meet here early on Christmas morning.”

Months later, that special morning arrives, and there they are on the golf course. The first guy says, “Boy this game cost me a fortune! I bought my wife a diamond ring that she can’t take her eyes off of.”

The second guy says, “I spent a ton too. My wife is at home planning the cruise I gave her. She was up to her eyeballs in brochures.”

The third guy says “Well my wife is at home admiring her new car, reading the manual.”

They all turned to the last guy in the group who is staring at them like they have lost their minds.

“I can’t believe you all went to such expense for this golf game. I slapped my wife on the bum and said, ‘Well babe, Merry Christmas! It’s a great morning — so what do you think? intercourse or golf course?’

She said: “Don’t forget your hat.“

An 8-year-old girl went to Impish Dragon, who was working in the yard and asked him, “Grandpa, what is a couple sex?
The blue dragon was surprised that she would ask such a question, but decided that if she’s old enough to know to ask the question then she’s old enough to get a straight answer.
Steeling himself to leave nothing out, he proceeded to tell her all about human reproduction and the joys and responsibilities that go along with it.
When he finished explaining, the little girl was looking at him with her mouth hanging open, eyes wide in amazement.
Seeing the look on her face the grandfather asked her, “Why did you ask this question, honey?
The little girl replied, “Well, Grandma says to tell you that dinner will be ready in just a couple secs. 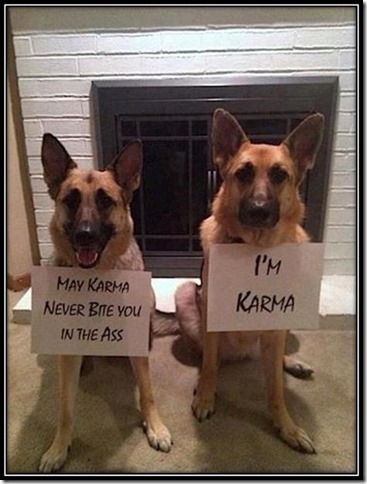 I can’t help but think that this might be one of Lethal Leprechaun’s Ninja Kitties.

And possibly this one knocking over the cards, too. 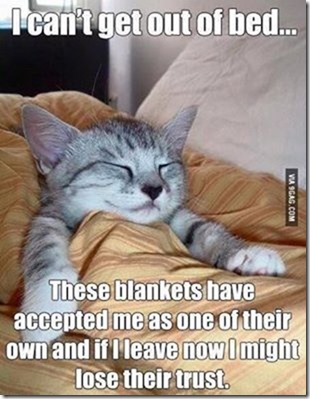 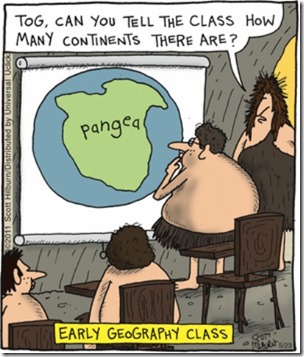 Here’s a very special School project from a young man who I am proud to say, comes from my adopted home state of Indiana.

There really isn’t anything else to say when that sums it all up perfectly.

I couldn’t have said it better myself, Clint. 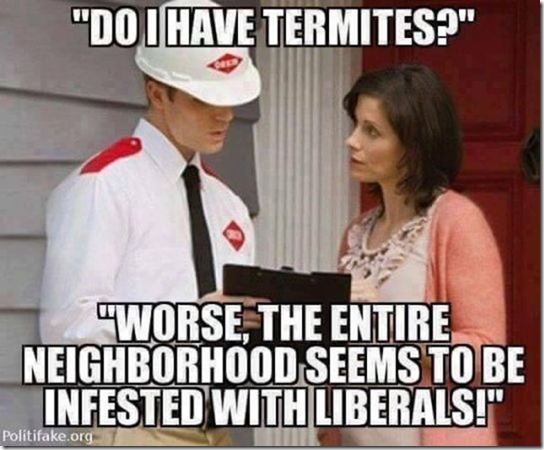 Okay, so that really leaves us moving right into… 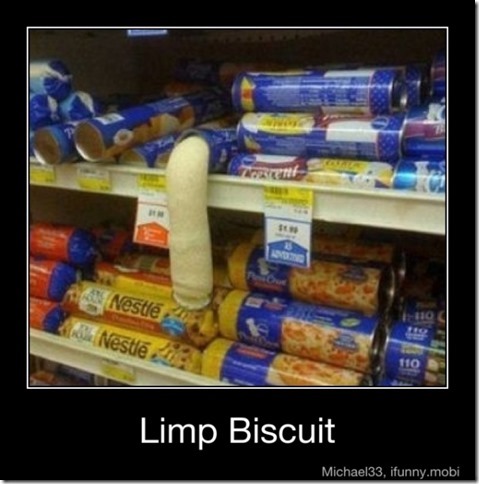 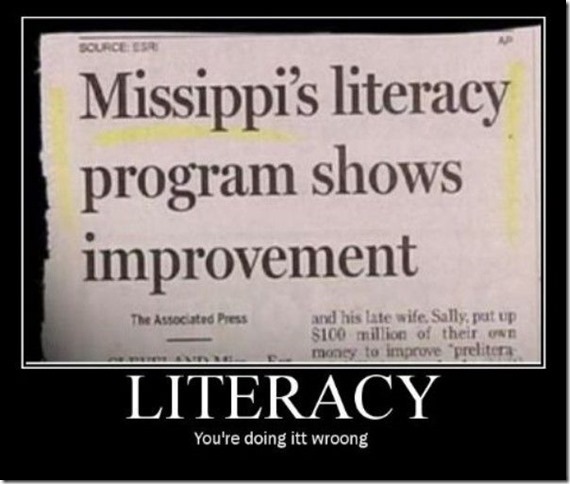 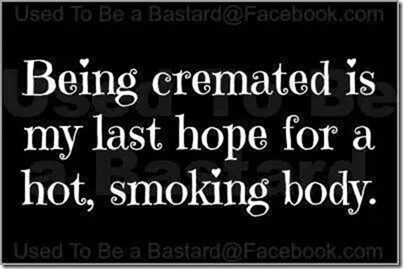 That is an awesome excuse!  I’m gonna use that tomorrow…on my only day off this week.  That’s going to be me.  Getting recharged…that is … so long as Mrs. Dragon doesn’t have anything to say about it.

Maybe …. I’ll just go to work, so I can recharge there.

It’s time to put this one to bed.  I hope you all have a wonderful week until we meet again.