Because I’m so pissed off I can barely stand it.

The way this country and this administration is going is driving me crazy.

Hey Lethal, remember the island plan that we have discussed before, I think maybe it’s time to put that into action.

Why am I so angry?

I can’t believe that no one is going to charge Hillary with anything.  Nothing.  Nada.  She’s getting away Scott free.  The FBI laid out the whole thing.  She used a private server to email classified information, she did not follow protocols for the storage and dissemination of said classified information.  And she lied about it!  But, according to the FBI and now the Justice Department, there are no prosecutors who would prosecute this case because they can’t show that she INTENDED to break the rules.

Now, let me tell you, from my own government employee position, what the problem with all of that is.  In order to get and maintain a security clearance you have to take an annual course on information security.  It is beat into our heads.  So her saying that she didn’t know is pure, unadulterated bullshit.

And she did it anyway.

I have 9 years of emails on my computer going back to the day I was hired on here.  Every email I have ever sent or received.  And the government has THAT backed up somewhere as well.

For one single instance of what she had done…well…for the first instance, I MIGHT keep my job.  But, as much as we have been trained and warned, probably not.
For nowhere NEAR as much as  she did, I’d be in jail with the key thrown away.

Now add in the poor police officers being shot in Dallas and who does Obama blame?  The guns.  Are you seriously kidding me?
Does anyone out there really believe that gun control will take guns out of the hands of evil people?
Anyone?
Anyone?
If you try to control guns all you’re going to do is make it harder and harder for the average, law-abiding citizen to own one.
Or is that, maybe, the whole idea?
Look, as has been said many, many times before, by many different people, democratically controlled Chicago has the toughest gun control laws in the country and also happens to be the number one city in the country for gun violence.  It doesn’t work in your own backyard Mr. Obama, why in the world do you think it would work for the rest of us?

And not to take anything away from the deaths of those poor, heroic officers, I will remain in mourning for them and praying for their families.  May God’s blessings and comfort be on their families and friends.

To move on to a much happier subject, there are two very special events that we need to talk about today!

First of all, we all here at Dragon Laffs and Leprechaun Laffs Electronic Media and Technologies would like to wish our dear friend, fellow camper, ezine patron, and fellow semi-mythological creature (as well as a really good sport <wink! wink!=””> ) Ginny a happy birthday! 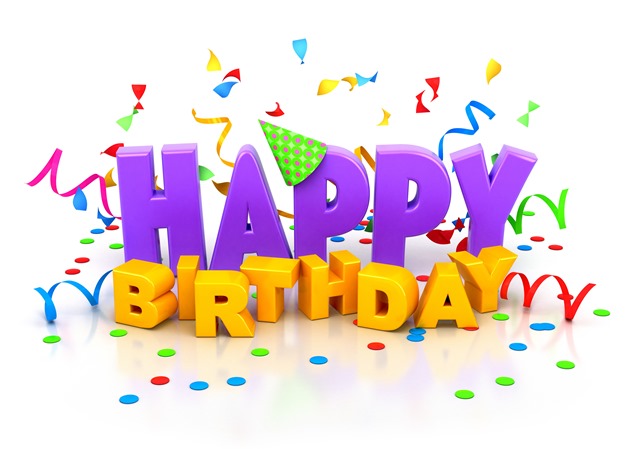 As you watch, dozens of beautiful fairies push out a large cart with an even larger cake on top from off stage left.  And from off stage right enter several of the troll firemen holding a hose and several large hand held fire extinguishers.  The reason for the emergency personnel is immediately obvious as the top of the many layered cake is completely covered with candles.  The light is so bright that many of the patrons in the front rows have shaded their eyes.

Ginny is being dragged on stage by Impish towards the flaming cake.  Being a dragon, he’s not really susceptible to heat, but being mostly human, Ginny is shielding her eyes as she is drawn closer and closer.  Lethal Leprechaun, who is standing off the stage is watching this whole thing with a big smile on his face.

Now Ginny!  Make a wish and blow out the candles!  Go on, you can do it!  Oh for goodness sake, at least give it a try.

So making a token effort, Ginny leans ever so little closer to the cake and makes a half-hearted blowing motion and as soon as she does, every single candle on the cake disappears with a little different colored flash.  Suddenly there is no heat or light.  It’s as if it were never there.

Magic!  Of course!  For a special magical lady on her special day!

And as Impish leads everyone into several choruses of “Happy Birthday To You” and the fairies begin to pass out birthday cake (starting with the patrons first served on beautiful china dessert dishes and very large portions, while the non-patrons are served normal sized portions on paper plates and plastic forks) you are urged to begin today’s issue.

Oh, by the way, there was another special event this past week, Thursday, July 7th as a matter of fact, and I’m sure many of you ladies out there celebrated it whether you knew it or not.  It was World Chocolate Day.  http://kwqc.com/2016/07/07/thursday-is-world-chocolate-day/

Let’s start today out with a GREAT idea a gas station owner in Minnesota had after being robbed twice in the last three months!

Absolutely ingenious!  I’d like to see other store owners doing the same thing!

And now as important as the last one was, this one is just plain silly! 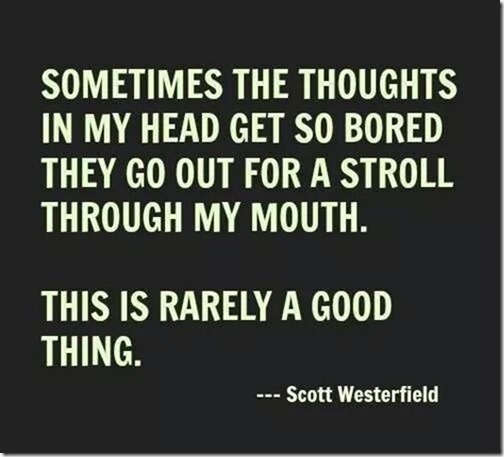 The Chinese built one over 2,000 years ago

and they still don’t have any Mexicans. 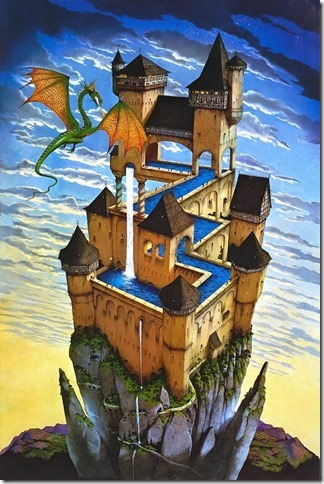 My dream home.  We all have dreams, and this is what my dream home would look like. 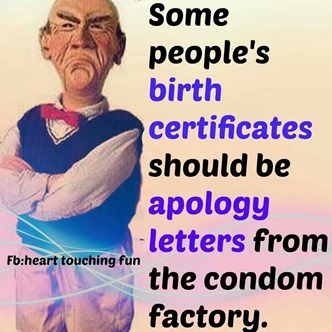 I know that Independence Day is over, but there were and are some great videos of fireworks and, even more fun, the science behind the fireworks.  Here’s a short video, but with a little bit of looking, there are all kinds of really interesting videos on how fireworks are made and how the function.

Sword practice with Lethal Leprechaun.  Although not in the picture, you can tell he’s involved because the strap of her dress has been cut and she is trying to hold it up and defend herself at the same time.  Once they’ve sparred with him the first time, most of the women trainees won’t go against our leprechaun because they end up practically naked by the time they’re done.

An elderly man feared his wife was getting hard of hearing. So he called her doctor to make an appointment to have her hearing checked.

The doctor said he could see her in two weeks, but meanwhile, suggested a simple, informal test the husband could do to give the doctor some idea of the dimensions of the problem.

“Here’s what you do. Start about 40 feet away from her, and speak in a normal conversational tone and see if she hears you. If not, go to 30 feet, then 20 feet, and so on until you get a response.”

So that evening she’s in the kitchen cooking dinner, and he’s in the living room, and he says to himself, “I’m about 40 feet away, let’s see what happens when I talk to her.”

“Honey, what’s for dinner?” He calls.
No response.

So he moves to the other end of the room, about 30 feet away.
“Honey, what’s for dinner?”
No response.

So he moves into the dining room, about 20 feet away. He starts shouting.
“HONEY, what’s for dinner?”
No response.

So he walks right up behind her and screams:
“HONEY, WHAT’S FOR DINNER??!?!“

His wife turns to him a rage and screams.

“CHICKEN, CHICKEN! For the FIFTH TIME, WE’RE HAVING CHICKEN!!!“

Another drinking and driving statistic.

This picture was posted on a website with this accompanying question;

“If you were in a public place, would you feel comfortable with him sitting ten (10) feet away from your children?“ 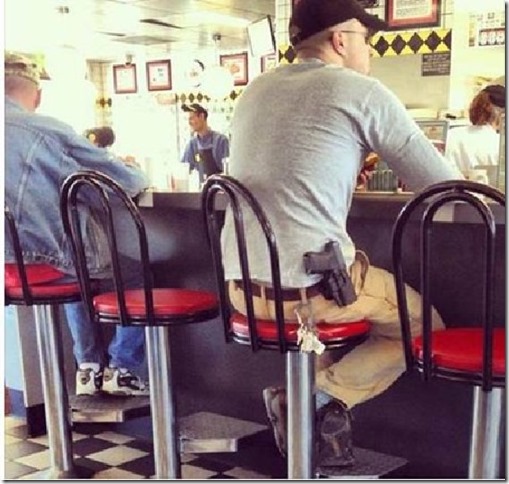 This is the thoughtful response from one (1) of the readers;

“I would gently explain to my children that while it’s his absolute right to do it, I don’t approve.

Then I would let them know, in no uncertain terms, that if I ever catch THEM wearing brown slacks, blue socks and black shoes, IN PUBLIC, I’ll slap the stupid out of em.”
Texas Mom

It is absolutely amazing to me how many political cartoons and pictures I have in the queue.  I could do nothing but political cartoons for five issues in a row and still not get rid of them all…plus, by then, I’d probably be filled back up again, anyway.  So, here’s a happy bunch.  Enjoy! 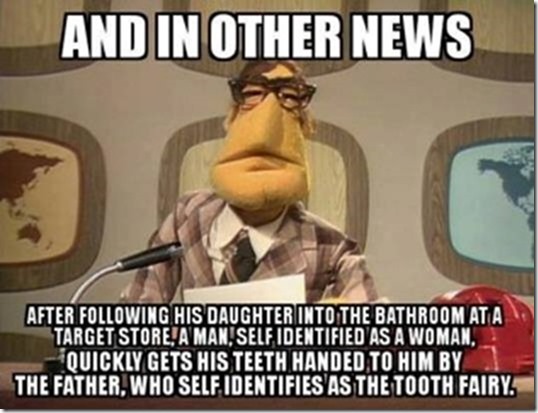 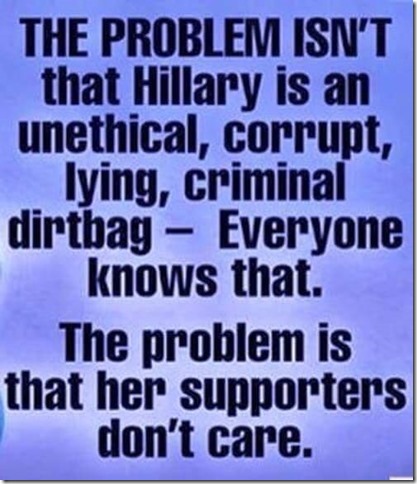 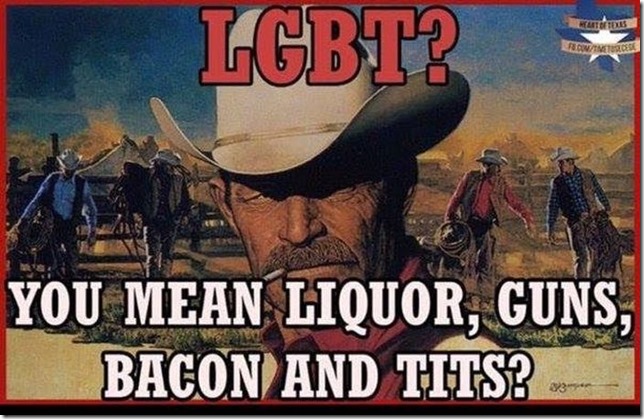 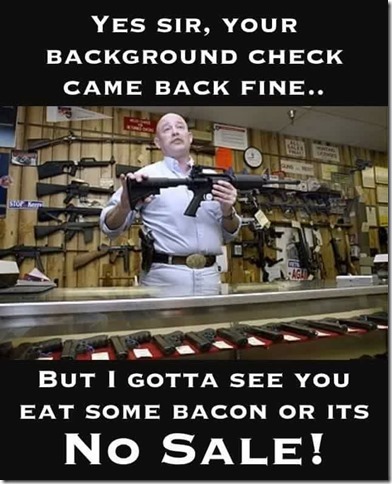 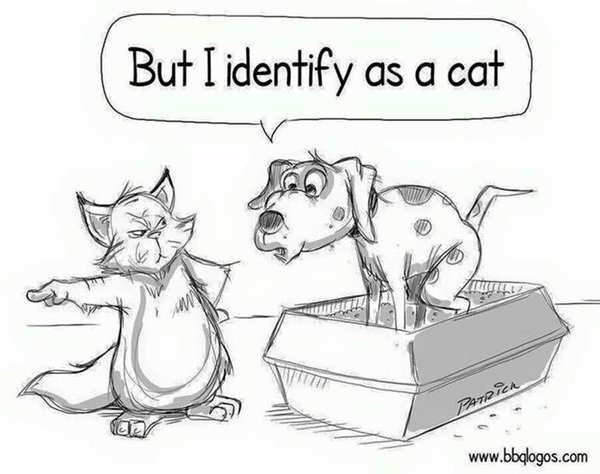 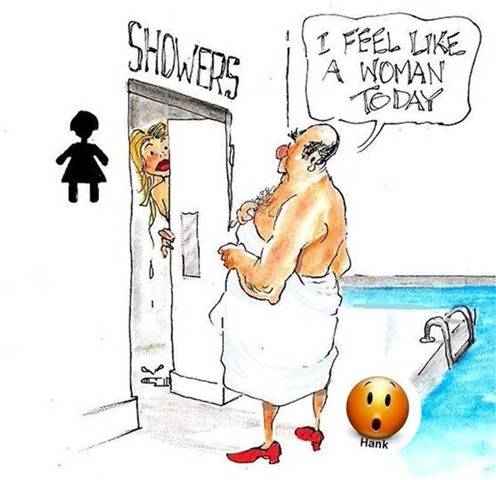 Ain’t that about right!  I’m so sick of these people…let’s move on to something else. 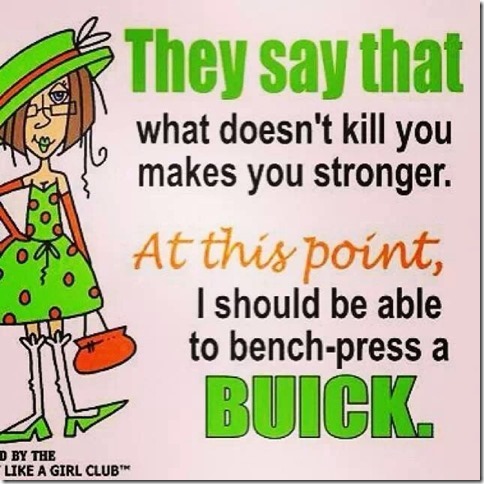 A man walks into a bar with a large box. He sits down at the bar. Then the bartender goes up to him and asks what’s in the box.
The man says, “I’ll show you, but only if you get me a beer.”

So of course the bartender gets the man a beer. The man drinks it. He pulls out a tiny human from the box, then a tiny piano. The little man sits down and starts playing the piano with skill.

“Wow!” exclaims the bartender. “That’s amazing! Where did you get him from?”

“For another beer, I’ll tell you,” says the man. So the bartender gets the man another beer. The man drinks it and says: “I got it from a genie.”

“Really? A real genie??” says the bartender. “Do you think I could borrow him for one little wish?”

And for another beer the man agrees, but warns: “Speak loudly – he’s 3,000 years old and a little deaf.”

The bartender gets the man another beer. The man drinks it and gives the bartender the lamp.

The bartender rubs the lamp and the genie pops out, looking very old. “Master, I grant you one wish. What is it?” says the tired old genie.

“I wish for a million bucks!”

This a true example of when two people really know each other:
Retired Veteran with a very Smart Wife.

Early one morning, an elderly retired veteran just finished a piece of artwork

he had been working on and yelled to his wife. “Honey! Come see what I created! It’s an abstract panorama, depicting the seven Years of the Obama administration!”

She yelled back, “Flush the toilet, Jim, and come eat your breakfast!” 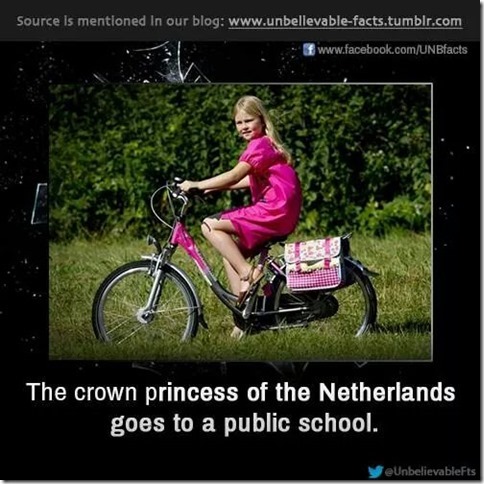 Again, one of our favorite sections.  Always worth a laugh. 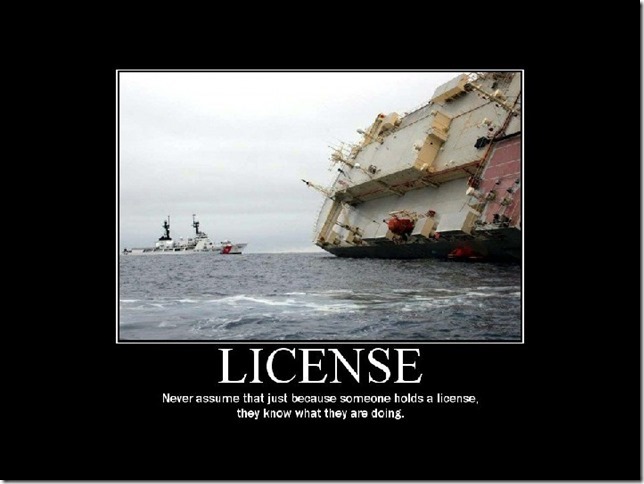 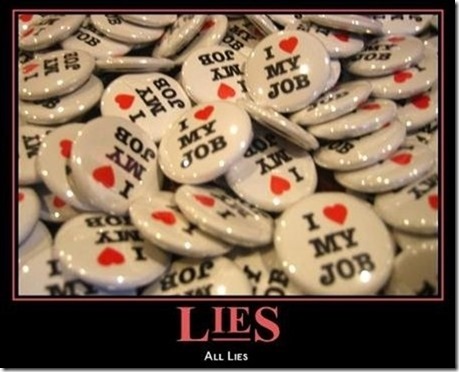 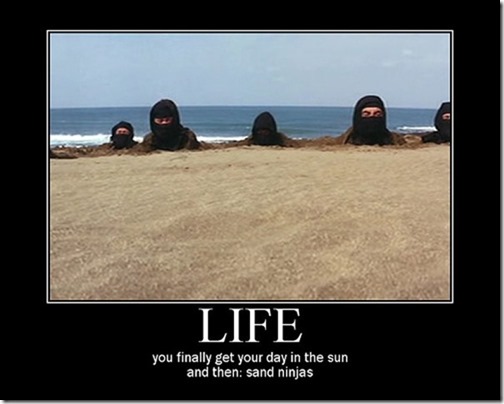 Well, dear campers, it’s midnight and this has to go out in two hours and I have to be up in 4 hours for work, so this is where I leave you tonight.

Be well, take care and God Bless you all.