It is with deepest regret… 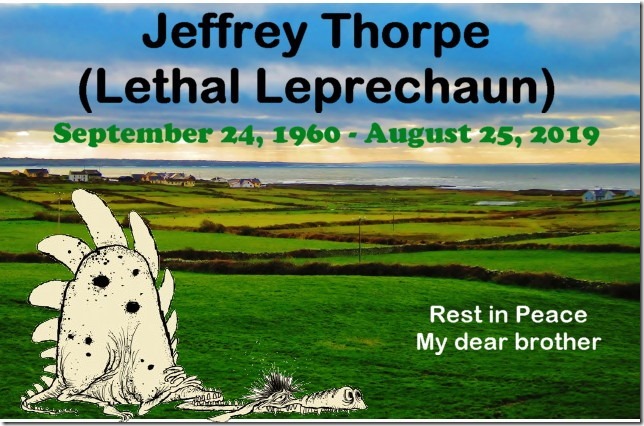 Jeff and I have been friends for about 12 years, working partners for 10 years, but have known each other our entire lives…or at least it seems that way.  We’ve often joked that we were brothers from different mothers, separated at birth.  And although we spoke on the phone, sometimes multiple times a day, we’ve never met in the real world.  But, that never seemed to matter to either of us.

Many of you have known that he has been unwell for the past several years, mostly stemming from wounds he received while an active duty Marine.  And lately, the past many months, he has been under medical care.

Last Sunday morning I received word that he succumbed to his medical conditions and passed on to a pain-free level of existence.  I can’t help but think that he is currently sitting at the heavenly bar, a pint of Guiness, a pastrami sandwich, and a note pad where he is making of list of things that need fixed or upgraded in Heaven.

This is about the tenth attempt I’ve made at this issue and I’m sitting here crying my eyes out.  I’m really gonna miss you Jeff.  It won’t be the same without you.

You are loved and you will be missed.

16 Responses to It is with deepest regret…