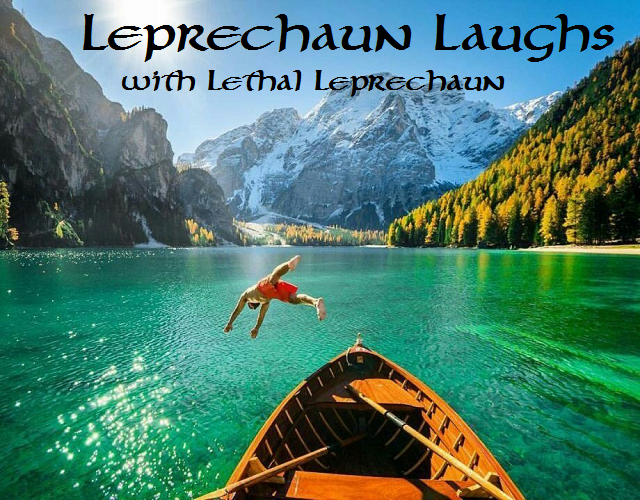 I’ll keep this brief. We’re lucky there even IS an issue today since when I went to open it on my computer a blank page came up. I don’t know what or why it happened, but I suspect my WordPress workaround might have unforeseen consequences and require some adjustment in the way I reopen unfinished issues.

Then again it could of just been a brain fart from my computer which has recently begun showing some early indications of the electronic equivalent of Alzheimer’s. This wouldn’t surprise me either at this point

For whatever reason, retrieving what I could and recreating the rest took up all my time for thinking up a witty opening. So grab your coffee and let’s do this thing before there are anymore unpleasant surprises shall we? 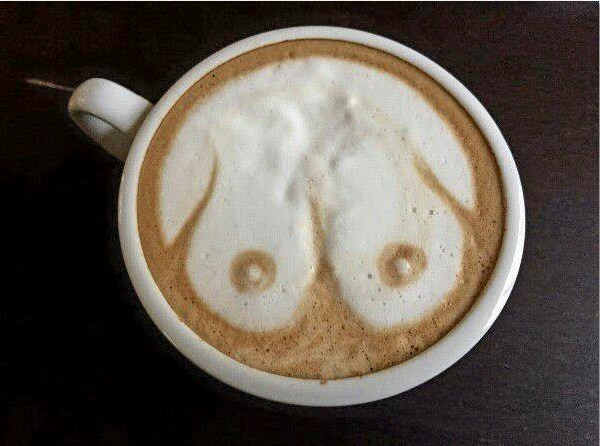 Guess I was in a bad mood the other day when I went to the local breakfast spot where I haven’t been in some time and grumbled at the waitress I usually flirt with. She brought me this bad when I asked for coffee saying it should improve my mood. Unfortunately it did.

See witty smart arse I am I had to immediately ask if she modeled for the artwork and could I compare my cuppa to the original to determine how good the Latte artist really was. Good thing the hand print on the back of my head and the 1st degree burn mark on my nose form the hot coffee faded before Molly got home! Otherwise  I would have heard a loud “Lethal! You got had some ‘splaining’ to do!” from her.

As a result from now on this is how I’ll be getting my coffee while at the diner:

Wonder if it will work for Irish Whiskey also?

That’s exactly what the waitress said too!

A widowed Jewish lady, still in good shape, was sunbathing on a totally deserted Beach at Ft. Myers. She looked up and noticed that a man her age, also in good Shape, had walked up, placed his blanket on the sand near hers and began reading A book.

Smiling, she attempted to strike up a conversation with him.

“How are you today?”

“Fine, thank you,” he responded, and turned back to his book.

“I love the beach. Do you come here often?” she asked.

“First time since my wife passed away 2 years ago,” he replied and turned back to his book.

“I’m sorry to hear that. My husband passed away three years ago and it is very lonely,” she countered. “Do you live around here?” She asked.

“Yes, I live over in Cape Coral,” he answered, and again he resumed reading.

Trying to find a topic of common interest, she persisted, “Do you like pussy cats?”

With that, the man dropped his book, came over to her blanket, tore off her Swimsuit and gave her the most passionate lovemaking of her life.

When the cloud of sand began to settle, she gasped and asked the man, “How did You know that was what I needed?”

The man replied, “How did you know my name was Katz?” 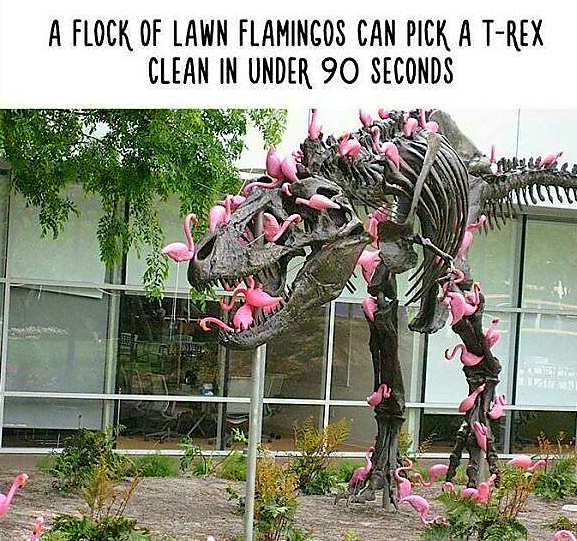 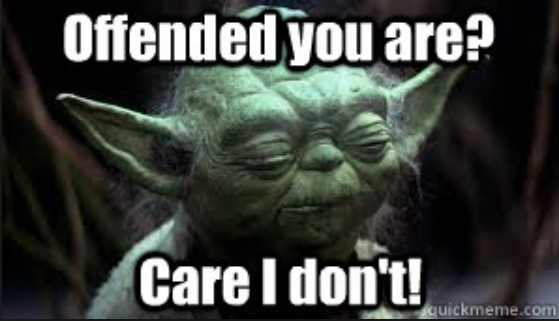 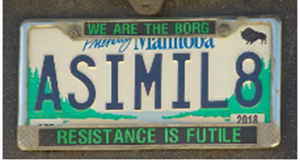 For two years, Nick Troller’s license plate has read “ASIMIL8” — a Star Trek reference to the “Borg” race who tries to subjugate humanity. To make sure people get the reference, Troller even has a Borg plate frame. But Manitoba, Canada’s, Public Insurance Company, which issues plates for the Crown, has demanded he surrender the plate immediately: they claim “two people” called to complain that the word “assimilate” is “offensive” to indigenous people. “We’ve become way too sensitive,” Troller says. “You can’t say anything anymore to anybody.”

Meanwhile, Lorne Grabher of Nova Scotia, Canada, has had his personalized plate, “GRABHER”, for 20 years. But once U.S. presidential candidate Donald Trump was heard declaring he likes to “grab” women’s private parts, Grabher’s plate was recalled after a single complaint from a woman. With help from the Justice Centre for Constitutional Freedoms, he is suing the provincial government, charging infringement on his freedom of expression. “Canadians are becoming increasingly less tolerant of free expression,” says JCCF spokesman John Carpay. “You have more and more people who believe that they have a legal right to go through life without seeing or without hearing things they find to be offensive.” The problem, he says, is “if we have a right to free speech, then we do not have a right to be free from offence. You can’t have both.” (RC/CTV) …Free speech is specifically about speech you don’t like: we don’t need a free speech law about speech you agree with.

Copyright ©2017 by Randy Cassingham, All Rights Reserved. at http://www.thisistrue.com. 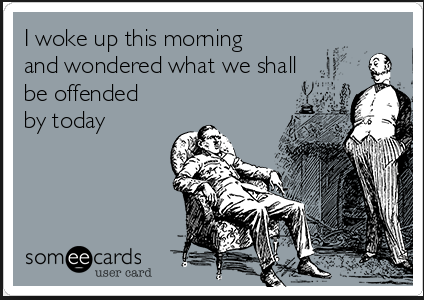 As they prepared for their upcoming tour, hitmakers Daryl Hall and John Oates sat down with Serena Altschul to look back at a decades’ old collaboration. The duo has sold more than 80 million albums, and have been inducted into the Rock & Roll Hall of Fame and the Songwriters Hall of Fame – all for a partnership they did not expect to last. 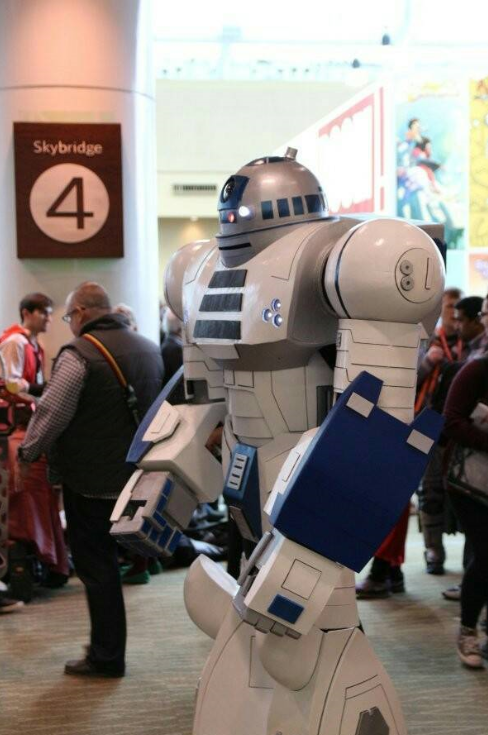 John and Joe where identical twins living in a small town. John got married and Joe bought a very dilapidated row boat. All was ok for about a year or so until John’s wife suddenly died. The next day Joes row boat sank.

A couple of weeks later an old lady said to Joe, oh mister Jones I am sorry to hear about your great loss. With out thinking Joe piped up and said that she was no big loss, that he had rented her out to 4 guyed from across town, that they all piled in at the same time causing her to split right down the middle.

A woman was fed up with men. They beat her, they left her, they were lousy lovers. She finally placed an ad in the personals. “I want a man who won’t beat me, won’t leave me, and is a great lover.” Time went by with no response when one day her doorbell rang. She didn’t see anyone there.

“Lady, down here.” On the ground lay a man with no arms and no legs. “I’m here about your ad.”

“That’s all good and fine, but I really want a man who is a great lover.”

“Lady, I rang the doorbell.”

Queen – We Are The Champions (Official Video)

Lethal Leprechaun- We Are the Centrists

You’ve paid my Bills
Time after time.
Done your sentences
But committed no real crimes.
And bad mistakes ?
You’ve made more than a few.
Had more than your share of runways scuffed up with your face
But when you were in too deep I’ve always come through.

You’ve taken your bows and stolen my curtain calls.
I’ve brought you fame and fortune and the infamy that goes with it,
Then promptly billed you for it all.
Still it’s been no dumpster of day old donuts.
No on the Grace O’Malley cruise.
I consider your management a challenge before all the mythical races,
And I ain’t gonna lose.

We are logical Centrist  my friend.

by Lethal Leprechaun for DragonLaffs.com © 5/2017 all rights reserved

Jaguar diving into river to catch a Caiman

You guys are laughing, but a lot of us here in Texas are looking at that thinking ‘hmmm not a bad idea, I should do that’ 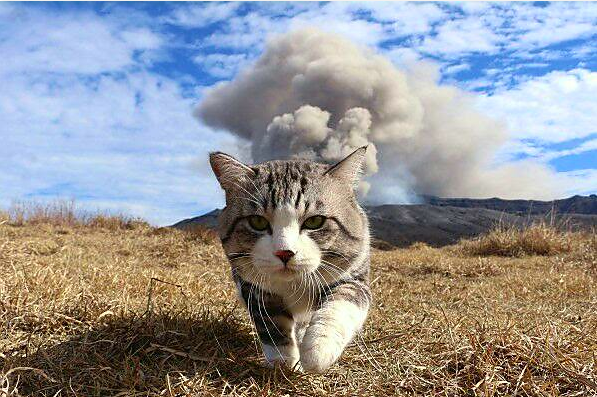 A recent addition to the Ninja Kitty Clan, he’s called ‘Boomer’ and believes there is no problem that cannot be solved or addressed with a suitable application of explosives. 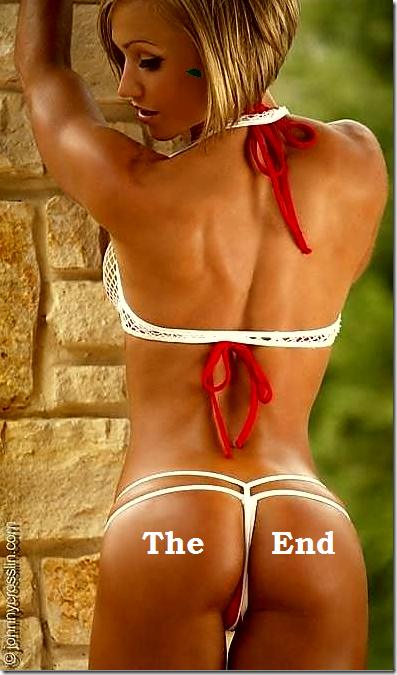