It’s cold.  It’s really cold.  Winter is not over with yet.  Mother Nature is pissed off at me and refuses to warm things up.  You see the header’s picture above.  Here’s a few more: 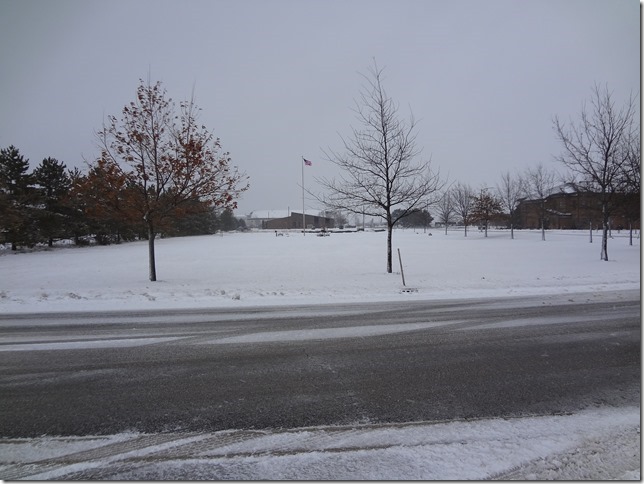 This is work…on Thursday.  Most of that is actually ice and not snow.  Or sleet.  So, we got like 3 inches of sleet, which would translate into like 75 inches of snow. 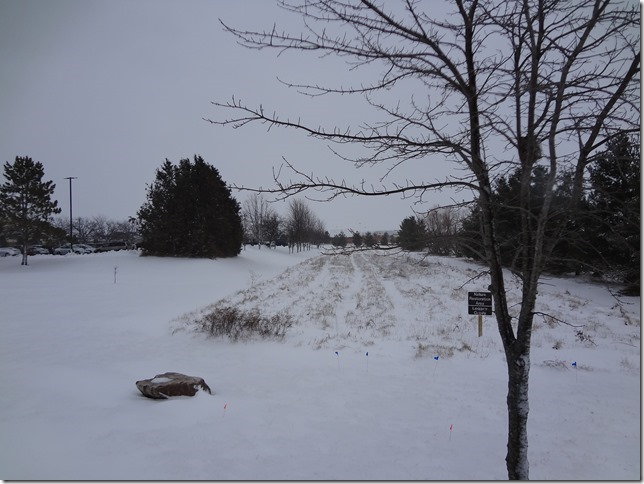 I know.  It’s crazy, right?  But, do you know what really makes me understand how cold it is?  This:

Yes, you guessed correctly.  That is a full body sweater over one of the neighborhood dragons.  I asked him if I could take his picture and he told me that he would only if I could take it inside out of the cold.

I’m going over to light a fire and try to get warm, you guys go ahead and press on with the issue.  I’ll catch up with you later.

Let’s start today off with a great video.  I’ve seen this guy before and he is VERY good.

If you stay on the same page after you watch this video, there will be some more from this fantastic magician.

Okay, here’s another video.  With this one, I’m sure someone should have said, “Hey, maybe we’re too old for this!”

And another video.  Ten things you didn’t know about the orgasm. 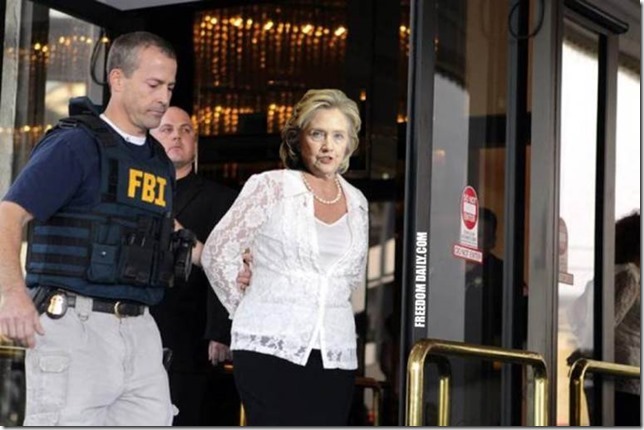 Me?
Crazy?
I ought to climb down off this unicorn and slap your face off!

This is a picture of my crazy Uncle Ernie.  He’s been dead for about 200 years or so, but he refuses to give up.  You’ve got to admire his spunk, if not his brains (of which he has none, since they all rotted away many years ago).

This next one is actually quite interesting.  If I had to guess, before looking at the list, what it would have cost me in 1985, to have all the things that I have from my cell phone today, I probably would have said a couple of hundred-thousand dollars.  I was blown away when I saw this list.  Thanks to makeuseof.com for bringing us another great infographic: 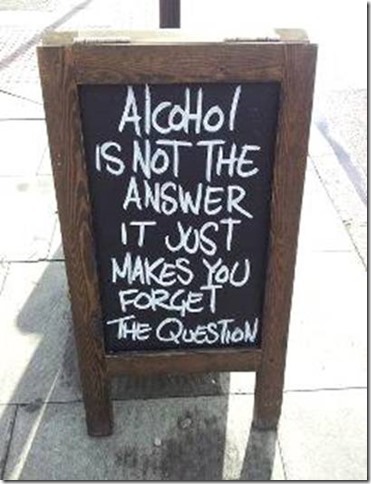 And that, my fellow campers, is all many of us want!

“Okay, I’m going to drop the puck right there.  As soon as it hits the ground you can begin.”

And at Lethal and Impish’s age, we need double or triple servings. 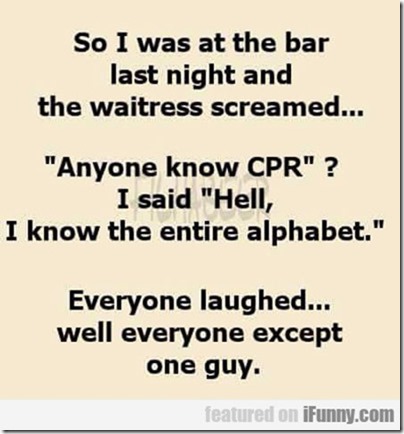 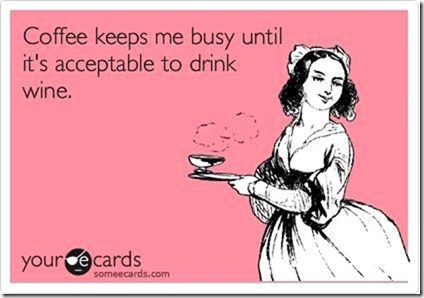 Oh my God, I would’ve never thought of something so deliciously evil, but I will definitely remember it for next time.

I’ve had that same problem, several times.  I’m not sure what the cure is, though. 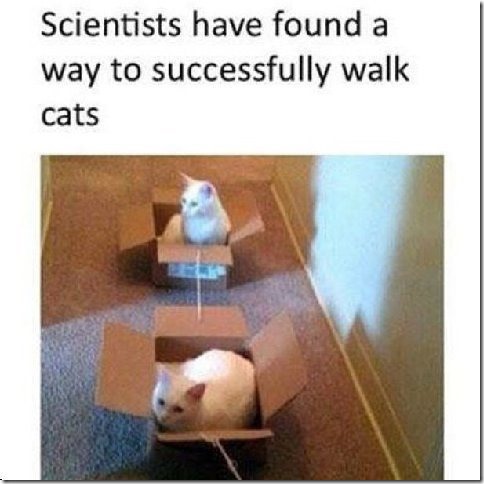 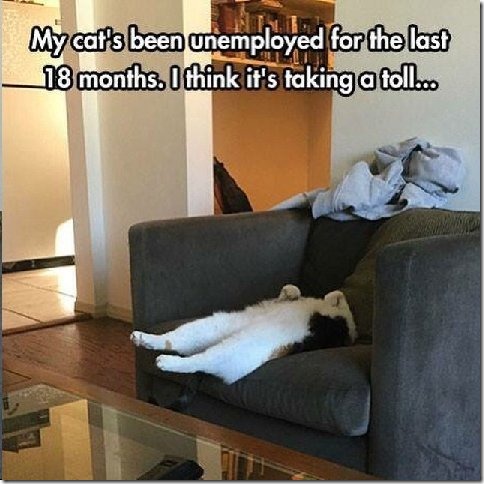 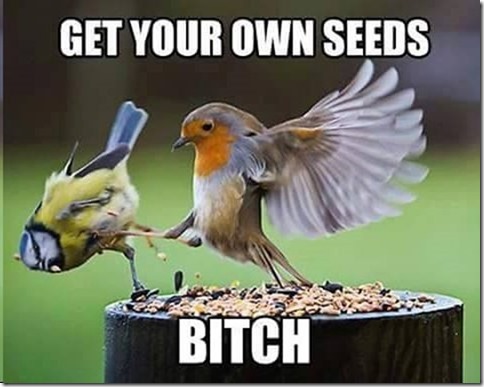 This is my dog watching as I finish eating…

It’s the honest truth.  I show her my hands and she walks away looking disgusted like I just took the last bite of food out of her mouth.

My family is temperamental…
Half: Temper
Half: Mental

Do I really need to comment on this picture?  Our motto for peace should be: America Wins.  Anyone who goes against us dies. 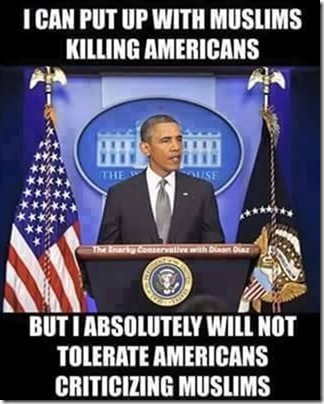 If there is anyone out there who still hasn’t figured out that our President is a racist, a Muslim, and a terrorist Islamic sympathizer then I have some ocean front property with a bridge for you!  You’ll love it! 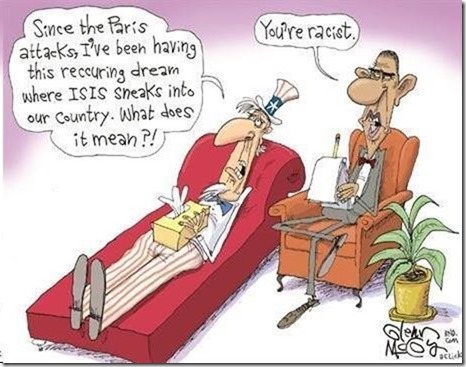 Well, by that definition, I am too.

Okay, I’ve had enough of this.  It’s making me physically ill.  Some of it has been funny, but not funny enough.  So, let’s move on to something more funny.

Okay, this next one has to be my favorite story of all time.  This is wonderful.  What a great example of human ingenuity.  I’m really sure this has pissed off a lot of people, but for my money…this guy is a friggin’ genius!

I think they are letting the wine bottles age too long.  Every bottle I’ve ever opened I’ve had to give mouth-to-mouth to.

Well, this issue needs to be posted in less than an hour…yes, that means that it’s after one a.m. on Saturday morning, so to wrap it up and bring it to a close, here’s this week’s motivational posters and a few more cartoons. 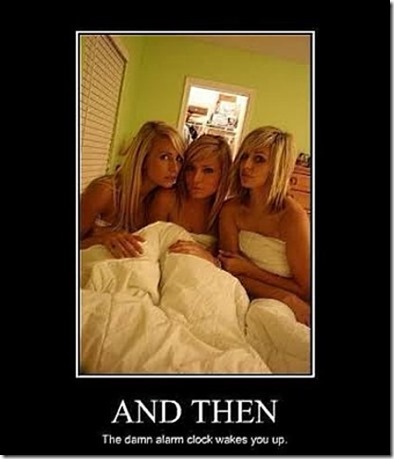