Well, my first week back to work has been a tough one.  The first day was okay and then it’s been downhill from there.  The pain hasn’t been real bad, just overwhelming exhaustion.  And while you’re reading this, I’m at work on a Saturday working a long exercise.

But, financially, I had to get back.  Why don’t bill collector’s understand that you are recovering from hip replacement surgery, the medical bill they are bitching about will just have to wait?  They ought to understand that.

Anyway, let’s get to the laughing because I really, really need it!

We all know that person, right?

A woman parked her brand-new Lexus in front of her office, ready to show it off to her colleagues. As she got out, a truck passed too close and completely tore off the door on the driver’s side. The woman immediately grabbed her cell phone, dialed 911, and within minutes a policeman pulled up. Before the officer had a chance to ask any questions, the woman started screaming hysterically. Her Lexus, which she had just picked up the day before, was now completely ruined and would never be the same, no matter what the body shop did to it.

When the woman finally wound down from her ranting and raving, the officer shook his head in disgust and disbelief. “I can’t believe how materialistic you women are,” he said. “You are so focused on your possessions that you don’t notice anything else.” “How can you say such a thing?” asked the woman. The cop replied, “Don’t you know that your left arm is missing from the elbow down? It must have been torn off when the truck hit you.”

“OH MY GOD!” screamed the woman. “Where’s my tennis bracelet?” 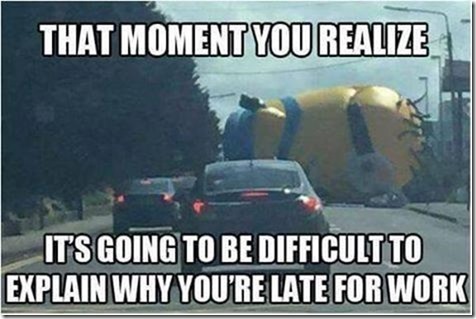 “Mr. Smith, of all the excuses I’ve heard in my life, that’s got to be a first.  You expect me to believe that a giant minion blocked the highway and THAT’S why you’re late to work?  I think you need to go down to HR and pee in a little cup.”

AS ONE OLD DEPLORABLE TO ANOTHER…

I was born white, which now, whether I like it or not, makes me a racist;

I am a fiscal and moral conservative, which by today’s standards, makes me a fascist;

I am heterosexual, which according to gay folks, now makes me homophobic;

I am non-union, which makes me a traitor to the working class and an ally of big business;

I am a Christian, which now labels me as an infidel;

I believe in the 2nd Amendment, which now makes me a member of the vast gun lobby;

I am older than 70, which makes me a useless old man;

I think and I reason, therefore I doubt much that the main stream media tells me, which must make me a reactionary;

I am proud of my heritage and our  inclusive American culture, which makes me a xenophobe;

I value my safety and that of my family and I appreciate the police and the legal system, which makes me a right-wing extremist;

I believe in hard work, fair play, & fair compensation according to each individual’s merits, which today makes me an anti-socialist;

I believe in the defense and protection of the homeland for and by all citizens, which now makes me a militant.

Recently, a woman called me and my friends a “basket of deplorables.”

Please help me come to terms with the new me…because I’m just not sure who I am anymore!

I would like to thank all my friends for sticking with me through these abrupt, new found changes in my life and my thinking.  I just can’t imagine or understand what’s happened to me so quickly.  Funny…it’s all just taken place over the last 7 or 8 years.

As if all this crap wasn’t enough to deal with, I’m now afraid to go into either restroom!

As many of you probably know, there is a huge controversy this NFL season over the whole kneeling during the National Anthem.  It’s friggin’ crazy!  I may give you my opinion on the whole thing later, but for right now, here’s a short article that Papa Dragon Sent me:

I would guess most of these people graduated from college too.  Says a lot about our education system doesn’t it.  This is depressing!!

NEW YORK (World News Bureau) – In a recent polling of 585 NFL players, nearly all of them were unsure of exactly what they are protesting.

Here’s a sampling of responses to the question “What are you protesting by kneeling during the National Anthem?”

“Pretty sure it’s against Nazis – especially the white ones.”

“We’re against global warming and the police.”

“We’re showing the world that we care about, ahh, things such as… such as…ahhhhh, freedom from suppression?”

“Me and my fellow players are protesting the Constitution of Independence because of what it does to people of color.”

“We are displaying our right to stand up by kneeling for our beliefs.”

“We are protesting Trump, because he, you know, keeping the black man down and sh*t.”

“Myself is kneeling to show that just because I’m American don’t mean I got to act like one.” 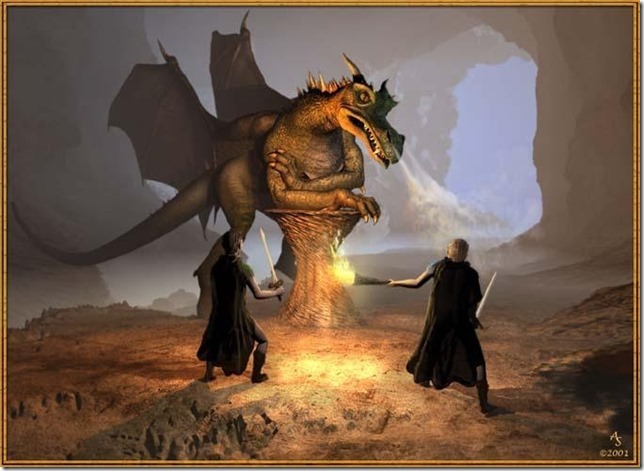 If Judge Judy was a Dragon…

And this is why we do NOT let Izzy anywhere near the firearms in our house!

I hug people that I hate so that I know how big to dig the hole in my backyard. 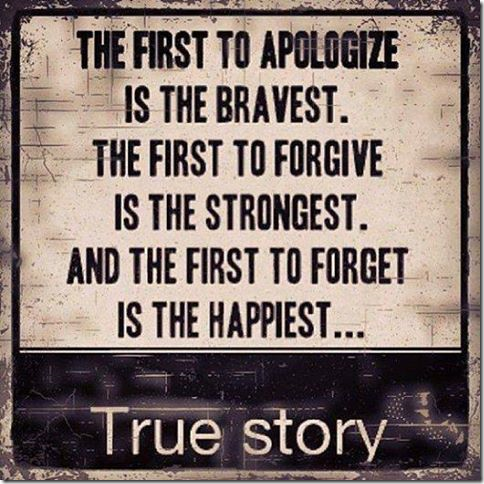 O   x   y   m   o   r   o   n  s~
1. Is it good if a vacuum really sucks?
2. Why is the third hand on the watch called the second hand?
3. If a word is misspelled in the dictionary, how would we ever know?
4. If Webster wrote the first dictionary, where did he find the words?
5. Why do we say something is out of whack? What is a whack?
6. Why does “slow down” and “slow up” mean the same thing?
7. Why does “fat chance” and “slim chance” mean the same thing?
8. Why do “tug” boats push their barges?
9. Why do we sing “Take me out to the ball game” when we are already there?
10. Why are they called ” stands” when they are made for sitting?
11. Why is it called “after dark” when it really is “after light”?
12. Doesn’t “expecting the unexpected” make the unexpected expected?
13. Why are a “wise man” and a “wise guy” opposites?
14. Why do “overlook” and “oversee” mean opposite things?
15. Why is “phonics” not spelled the way it sounds?
16. If work is so terrific, why do they have to pay you to do it?
17. If all the world is a stage, where is the audience sitting?
18. If love is blind, why is lingerie so popular?
19. If you are cross-eyed and have dyslexia, can you read all right?
20. Why is bra singular and panties plural?
21. Why do you press harder on the buttons of a remote control when you know the batteries are dead?
22. Why do we put suits in garment bags and garments in a suitcase?
23. How come abbreviated is such a long word?
24. Why do we wash bath towels? Aren’t we clean when we use them?
25. Why doesn’t glue stick to the inside of the bottle?
26. Why do they call it a TV set when you only have one?
27. Christmas What other time of the year do you sit in front of a dead tree and eat candy out of your socks?
28. Why do we drive on a parkway and park on a driveway 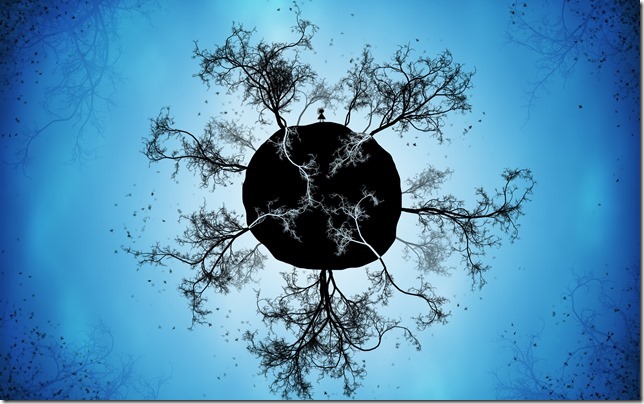 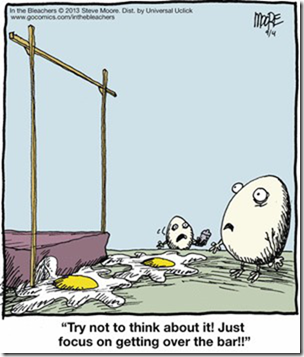 A couple were Christmas shopping. The shopping centre was packed, and as the wife walked through one of the malls she was surprised when she looked around to find that her husband was nowhere to be seen.
She was quite upset because they had a lot to do and hence, she became so worried that she called him on her mobile phone to ask him where he was.
In a quiet voice he said, “Do you remember the jewelers we went into about five years ago where you fell in love with that diamond necklace that we couldn’t afford, and I told you that I would get it for you one day?”
The wife choked up and started to cry and said, “Yes, I do remember that shop.”
He replied, “Well, I’m in the pub next door.” 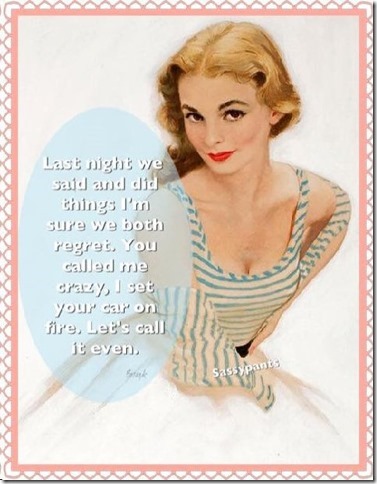 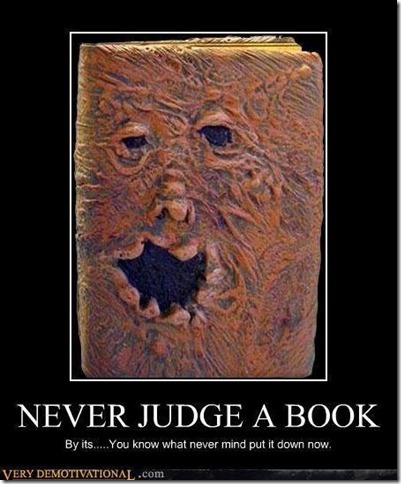 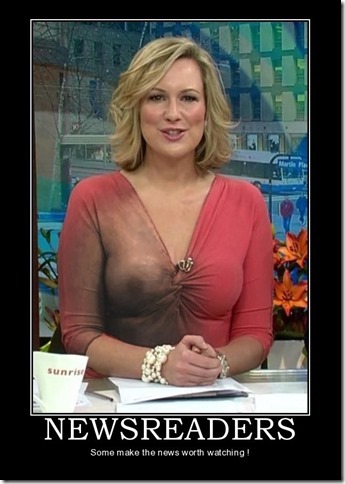 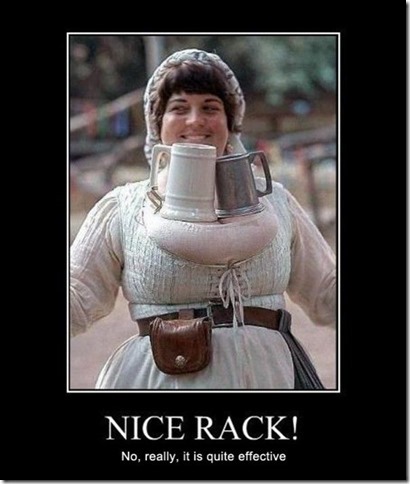 I hate to end this here, but I have no choice.  As I said at the beginning, being my first week back to work, it’s been a really long one.

Thank you for your donations, I hope to have a more special update in next weeks issue about all of you who, at the last minute, decided to help us out and throw us a couple of bucks.  All you have to do is click on the donate button at the top of the page in the right hand column or write to me at impishdragon@gmail.com and I’ll send you my address if you don’t like to use PayPal.