My apologies for this issue being late, but here’s some examples why:

The pathway to the footbridge is NEVER even near the water and you can see the crazy angle of the floating dock to the right of the gazebo.

Here’s a slightly better look at the sidewalk…Keep in mind, the pond is usually 4 or 5 feet below that level. 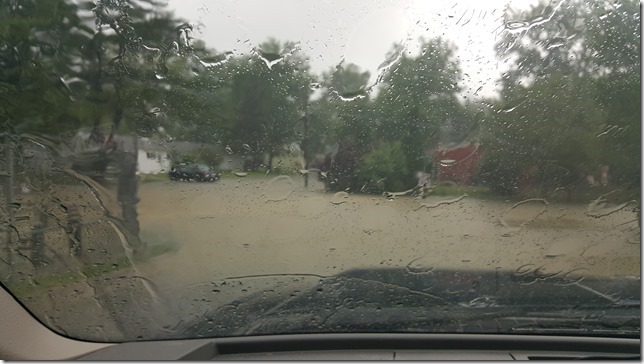 This is the road (yes, that’s a road) going down into base housing where I used to live.  There is actually a pretty deep dip in the intersection right there so that if I were to stand in the middle of the intersection, say about 20 feet in front of the telephone pole you can see in the middle of the background, the water would be chest high or so.

In the middle of northern Indiana!

So, needless to say, with the 3 18 hour days I’ve had this week, and being at work on Saturday, it’ll be a wonder if this issue gets out at all.  But, since you’re reading it, then it must’ve gotten out, although from my perspective….

Okay, we’re not starting that crap again.  So instead, …

Like my Polish Grandma at Easter (yes, Easter was more about food than Thanksgiving in a Polish family)(or at least in MY Polish family) every level surface in the house had food on it.

This next one from “Papa Dragon Most Senior” is called: The Arrogance of Old Age!

Yesterday morning I bought two six packs of beer on sale at the Liquor Store. I placed them on the front seat of the car and headed back home.

I stopped at the service station where a drop-dead gorgeous, almost blonde was filling up her car at the next pump.

It was very warm and she was wearing tight shorts and a light top which was wide open.  She glanced at the beer, bent over and knocked on my passenger window.  With her bra-less breasts almost falling out of her skimpy top she said, in a sexy voice,  “I’m a big believer in barter, old fellow, would you be interested in trading sex for beer?”

I thought for a few seconds and asked, “What kind of beer you got?”

I’ve reached that age where my brain goes from “You probably shouldn’t say that” to “What the hell.  Let’s see what happens.”

Winning at life: Die young … as late as possible.

Another picture from our Dungeon and Dragon days.  We enjoyed dressing the part when we played. 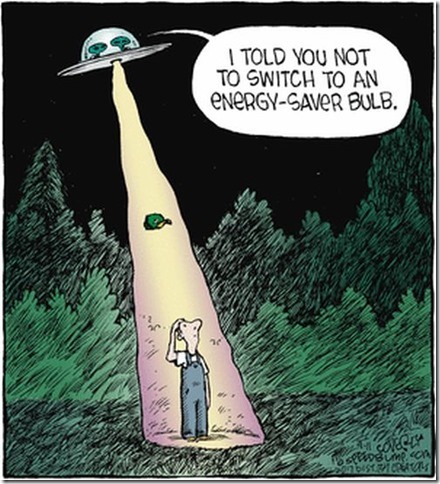 2. VULNERABLE (vul-ne-ra-bel) adj.
Female…. Fully opening up one’s self emotionally to another.
Male….. Playing football without a cup.

3. COMMUNICATION (ko-myoo-ni-kay-shon) n.
Female… The open sharing of thoughts and feelings with one’s partner.
Male… Leaving a note before taking off on a fishing trip with the boys.

4. COMMITMENT (ko- mit-ment) n.
Female….. A desire to get married and raise a family.
Male…… Trying not to hit on other women while out with this one.

5. ENTERTAINMENT (en-ter-tayn-ment) n.
Female…. A good movie, concert, play or book.
Male…… Anything that can be done while drinking beer.

7. MAKING LOVE (may-king luv) n.
Female…… The greatest expression of intimacy a couple can achieve.
Male….. Call it whatever you want, just as long as we do it.

8. REMOTE CONTROL (ri-moht kon-trohl) n.
Female…. A device for changing from one TV channel to another.
Male… A device for scanning through all 375 channels every 5 minutes. 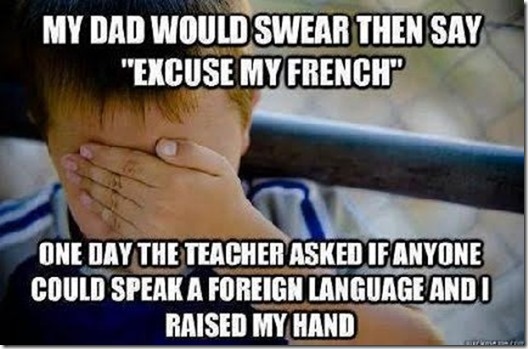 He said…. I don’t know why you wear a bra; you’ve got nothing to put in it.
She said…. You wear pants don’t you?

He said….. Shall we try swapping positions tonight?
She said… That’s a good idea – you stand by the ironing board while I sit on the sofa and fart!

He said….. What have you been doing with all the grocery money I gave you?
She said ….Turn sideways and look in the mirror! 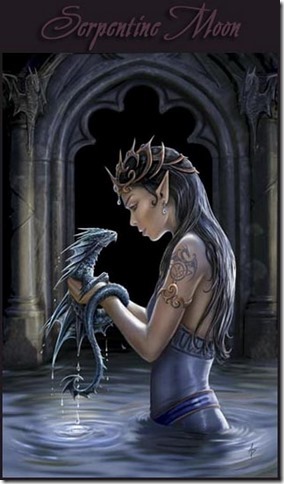 One of my watery brothers and his wife.

Lethal and many others send me a lot of military and aircraft type pictures because I love them so much, so I think it’s only fitting that I start this new category of:

Well, and let’s just stay with the A-10.  I have a warm, soft spot in my heart for this ugly old Warthog.  From a loader’s perspective, you could put about any munition on this bad-boy that you wanted to.  Under the left wing I can see an AGM-65 missile and across and under the centerline, 4 empty TERs (Triple Ejector Rack) They can each hold up to 3 500 lb bombs.

And finally, one of the greatest pictures of the business end of an A-10, showing off it’s 11 weapons pylons, stations on each wingtip for chaff/flare canisters and that wonderful 30mm gun system that fills the front fuselage almost all the way back to the wings.

Stories from my past…

This is Izzy when she was in kindergarten.

Most of you know what I do for a living so a brief background is in order.  I needed simulated devices, i.e. IED’s, suspicious packages, suicide vest’s, etc., for work for my Airman to practice their jobs with.  So, one weekend, I went out and bought some Styrofoam tubes, colored construction paper, glue, wires, got some old cell phones, that sort of stuff.  And Izzy and I had Daddy/Daughter Arts and Crafts weekend.

We made all kinds of things…one of which is the vest that you see her wearing there.

It wasn’t a big deal.  What did she know?  To her, it was cutting paper and gluing and coloring and having fun with daddy.  Of course she asked what we were doing and I told her we were building pretend bombs for daddy’s guys at work to play with.

The thought that was great.

Until I got a call from her principal at school the next Monday.

It seems that when you are in kindergarten, one of the the things the teachers love to do is to asks you about your weekend and what you did.  Izzy’s response was, “My Daddy and I built bombs.  See!” and she shows them the same picture you see above you because I had left it on my desk and she took it to school for show and tell.

No, I didn’t go directly to jail.  Thankfully, the principal and I had a talk the week before and he knew what it was that I did for a living, but we did get a good laugh out of the whole thing.

Yeah, maybe I’ll tell you about HOW the principal and I came to talk to each other the week before in my next issue.

As for this issue, I’m going to try and get it posted, so wish me luck.