All that worry, all the upset, all the crying, screaming and gnashing of teeth, and my buddy Lethal came through for me in the end.  Yes, I know he caused it with the MREs to begin with, so it was my foolishness that caused the problems.

I should know better.  I really should.

Just came across the picture yesterday, on Friday, and it reminded me of something that I did on Thanksgiving day when the kidlets and grand-kidlets got here. 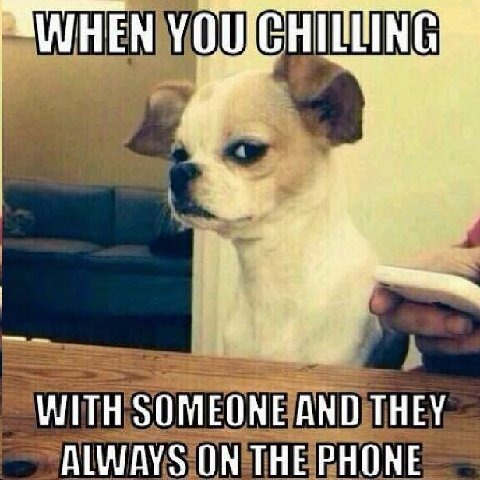 One of the things we instituted as the kids walked in the door was for them to give me their cell phones.  The Whelpling was upset and pretty much down right refused.  I say pretty much because this dragon doesn’t take refusal in his castle from anybody.  But, I didn’t rip his head off, instead, I listened to what he had to say.  Because of his job, he couldn’t shut his phone off and since I have the same situation with my job, I told him that he didn’t have to shut it off, just not have it on his person.  So, all the phones were put on the desk at the back of the room where if a phone call or an important text comes in, we would be able to hear it.  It was a great idea and I think we laughed and joked all the more because of it.

So, Let’s get a couple of notices out, right up front…The first one:

This is a blog for people who are up for adult conversations, adult topics and adult pictures and cartoons.  Most of you who’ve been around for even a little while already realize this. 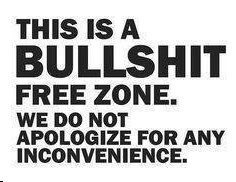 The second notice should be just as obvious to all of you, but I thought I’d add it in anyway.  We are not identified with any political or religious organization other than we have both sworn at one time to uphold and defend the Constitution of the United States from all enemies, foreign and domestic and neither one of us feel as though we have ever been released from that sworn promise.    And we don’t tend to beat around the bush or paint anything with a politically correct brush.

And we really get happily excited when we find campers who happen to believe in the same things as we do.  So, without any further ado…

VORONEZH, Russia, Nov. 15 (UPI) — A Soviet star atop a tower in a Russian city is going viral after vandals painted it with a familiar face: Patrick Star from Spongebob Squarepants.

Social media users posted photos of the star, which tops a Soviet-era tower in the city of Voronezh, after it was targeted by unknown vandals Oct. 25.

Poman Ponizovny, an official from Voronezh Central District, said the building is not considered a memorial, but it still retains symbols from the Soviet era. The red star is a symbol of communism worldwide, originally used by the Red Army beginning in about 1918.

Restoration companies estimated the vandalism will cost about $1,500 to clean. Members of a local group dedicated to climbing local buildings, often without legal permission, distanced themselves from the vandalism and have offered to help clean the star.

Social media users were largely amused by the stunt, with some suggesting the square by the building be painted to resemble Spongebob so it would match the star.

The building was previously targeted by pranksters in October 2015, when a “Jolly Roger” pirate flag was flown from the spire. 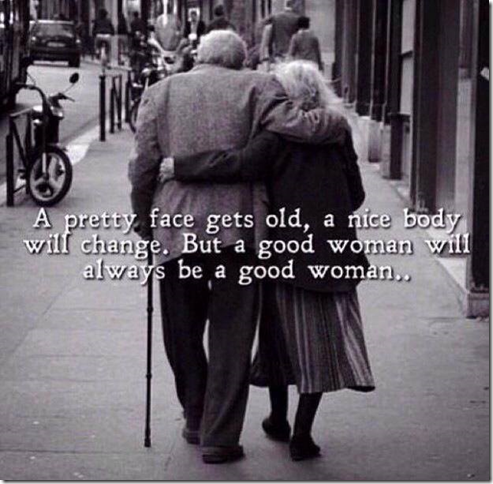 Ain’t that the truth!  And I’ll bet that there are lots of you out there who agree with me!

This next one is from Ginny.  It’s a little long, but you’ll probably find it quite interesting, just as I did.

You are gonna say “I didn’t know that!” at least 5 times.  Really neat stuff here:

It’s Dear Season around here at DL&LL Media.  We don’t usually hunt them with rifles or other weapons.  Normally it’s a camera that we use.  Take a picture to prove that you “got” one.  And after that it’s “Catch-and-Release.”

Here’s a great picture of a local White-Tail-Dear that I got this week. 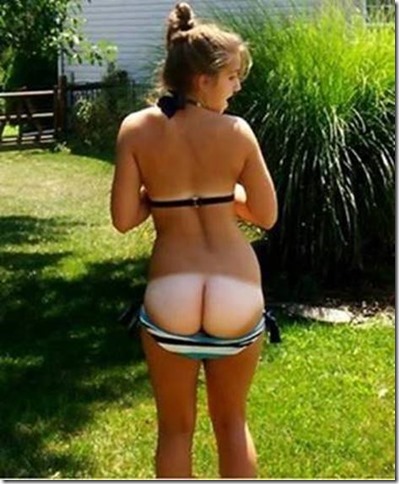 And of course, when I showed Lethal, he told me that a week ago he got a bigger one. 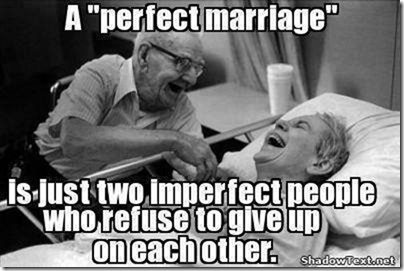 Okay, I’ll give another Amen to this one.  And again, I’ll bet that there’s a bunch of you out there who will agree with me 100%.

So there are fans and then there are FANS!!!!! You tell me which one this is.

David Blaine is known for his mind-blowing tricks and this one is no different. He starts out with some impressive card tricks, but ends with a shocking finale. Watch until the very end. Can you guess how he pulls this off?

So there is another fantastic David Blaine video that involves doing magic tricks for celebrities and others.  But it’s over an hour long and I don’t think our blog can handle that big of a load, so here’s the link: https://www.youtube.com/watch?v=9TdTpODq4vw and I highly ….. no …. I HIGHLY recommend you watch.

Are we ready for some more of Ginny’s Amazing Facts?  Yeah?  Okay, here you go:

Istanbul, Turkey, is the only city in the world located on two continents.

There are no natural lakes in the state of Ohio . . . every one is man-made.
Pitcairn Island

The smallest island with country status is Pitcairn in Polynesia, at just 1.75 square miles or 4.53 square kilometers.
Rome

The first city to reach a population of 1 million people was Rome, Italy (in 133 B.C.)
There is a city called Rome on every continent.
Siberia 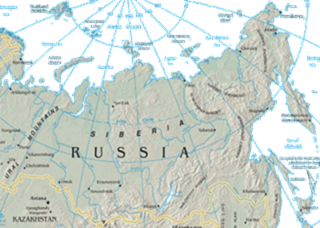 Siberia contains more than 25% of the world’s forests.
S.M.O.M. 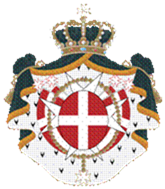 The actual smallest sovereign entity in the world is the Sovereign Military Order of Malta (S.M.O.M). It is located in the city of Rome, Italy, and has an area of two tennis courts.
And, as of 2001, has a population of 80 — 20 less people than the Vatican. It is a sovereign entity under international law, just as the Vatican is. 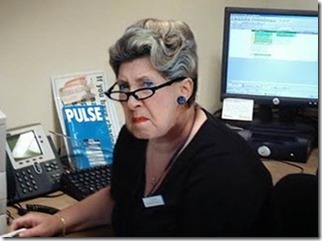 Yesterday I had an appointment to see the urologist for a prostate exam. Of course I was a bit on edge because all my friends have either gone under the knife or had those pellets implanted.
The waiting room was filled with patients.
As I approached the receptionist’s desk, I noticed that she was a large unfriendly woman who looked like a Sumo wrestler.
I gave her my name, and in a very loud voice, she said, “YES, I HAVE YOU NAME HERE. YOU WANT TO SEE THE DOCTOR ABOUT IMPOTENCE, RIGHT?
All the patients in the waiting room snapped their heads around to look at me, a now very embarrassed man. But as usual, I recovered quickly, and in an equally loud voice replied, “NO, I’VE COME TO INQUIRE ABOUT A SEX CHANGE OPERATION, BUT I DON’T WANT THE SAME DOCTOR THAT DID YOURS.”
The room erupted in applause!
DON’T MESS WITH OLD RETIRED GUYS

I agree.  I can’t think of a single staircase that couldn’t be improved this way.

Think about it for a minute.  It’s subtle, but you’ll get it. 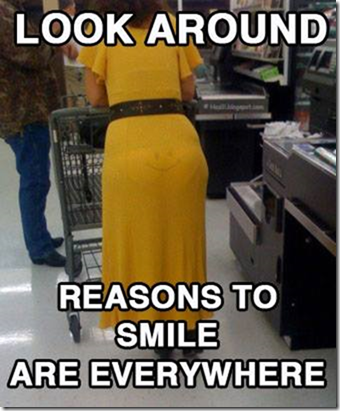 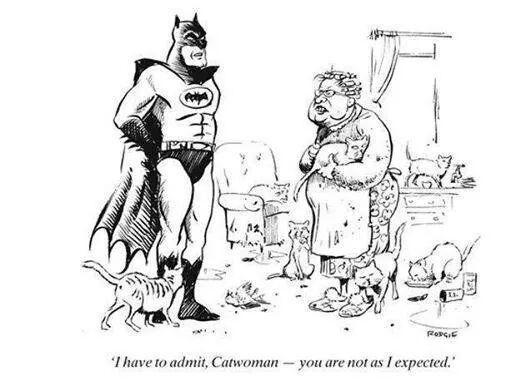 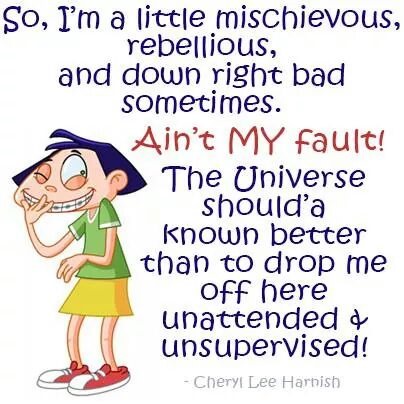 And that is all for today my friends.  I’m still worn out from Thanksgiving, both the partaking of and the angst of the prior to.  Yes, I know that most of the prior to part is my own fault, but still…..

Anyway, I hope you are all having a wonderful weekend.